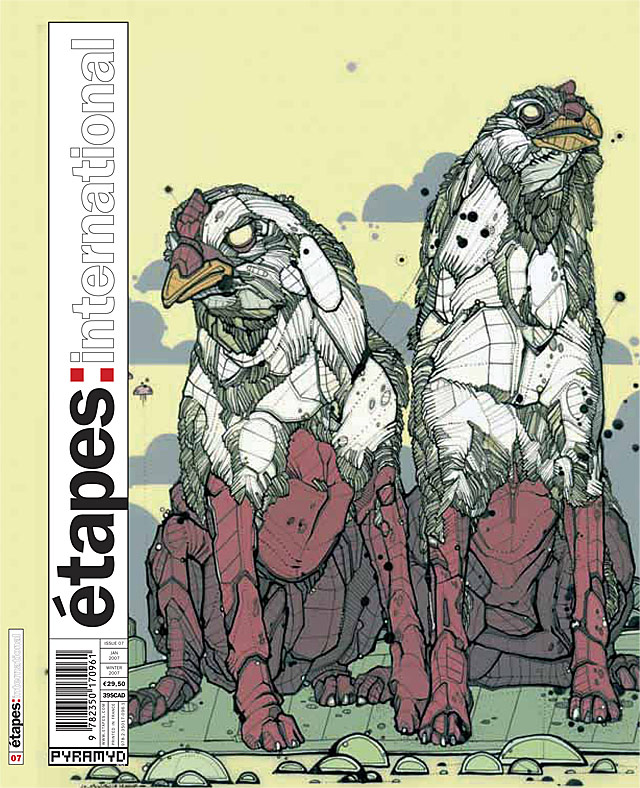 NEWS: BADGES | PINNING HOPES
The online graphic-design shop stereohype.com, launched in October 2004 by design studio FL@33, instantly invited graphic and product designers and illustrators to create badges. Among the artists selected in June 2006: Antoine + Manuel, Geneviève Gauckler, Hellohikimori and Mark Adams. The objects – a rather tiny 25mm-wide space for expression – lend themselves to an art of display that can’t be overdone. The BIO (by invitation only) series accessorise personal identity – exhibiting, displaying, asserting it. CB | flat33.com, stereohype.com, bzzzpeek.com

Translated from the original French article published in Étapes: 134 ( July 2006) 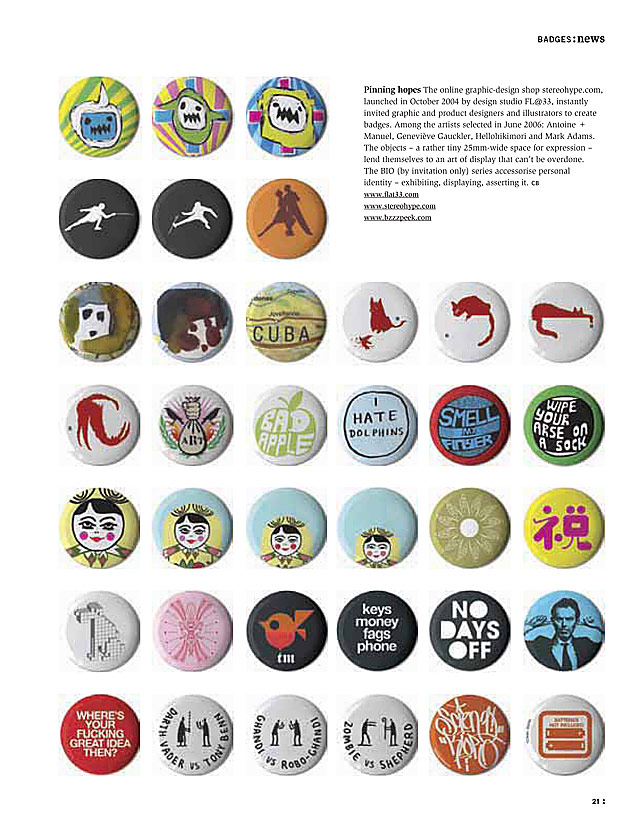