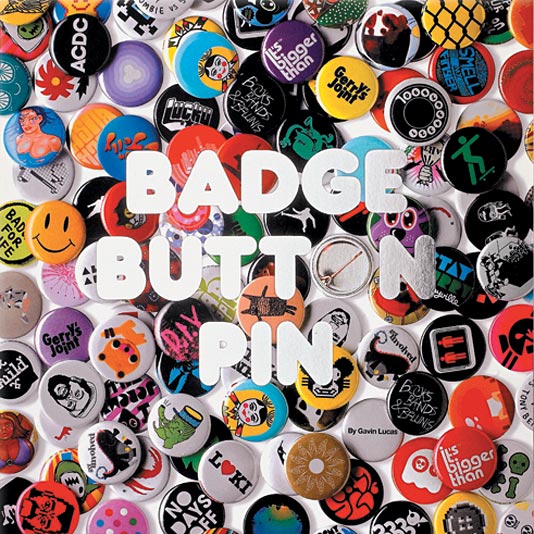 BADGE FOR LIMITED EDITION BOOK
The limited edition version of the book is packaged with a set of 10 real button badges especially designed for the book – by Alexander Gelman, Michael C. Place (Build), FL@33, Antoni & Alison, Trevor Jackson, Mark Pawson, Fred Deakin, Kim Jones and Femke Hiemstra (Femtasia).
___ FL@33's limited edition badge is called Marble. Quoting ourselves from the Badge Button Pin book – we wrote at the time: 'Badges are very much like the glass marbles we used to play with as children. They are usually part of a collection where some are added, others are lost or exchanged while each is an individual object of beauty.'
BADGE BUTTON PIN | OFFICIAL BLURB
Badges, buttons and pins have been around for over a century. Today they're everywhere: on lapels and bags all over the world and in the sketchbooks and on the screens of some of the hottest graphic designers, artists and illustrators.
___ A badge can be a cheap and easy way to display political or cultural affiliations or it can simply be a fashion accessory. Cheap to produce and easy to make at home, the humble badge is the new T-shirt.
___ A guide to the best and most beautiful badges being produced right now – be they graphic, textual or plain illustrative – this book explores the rich variety of uses of the badge since the year 2000 – whether it be promotion, revenue-raising or simply decorative. It will appeal to graphic designers, illustrators, fashion designers, artists, music lovers and badge enthusiasts of all ages. 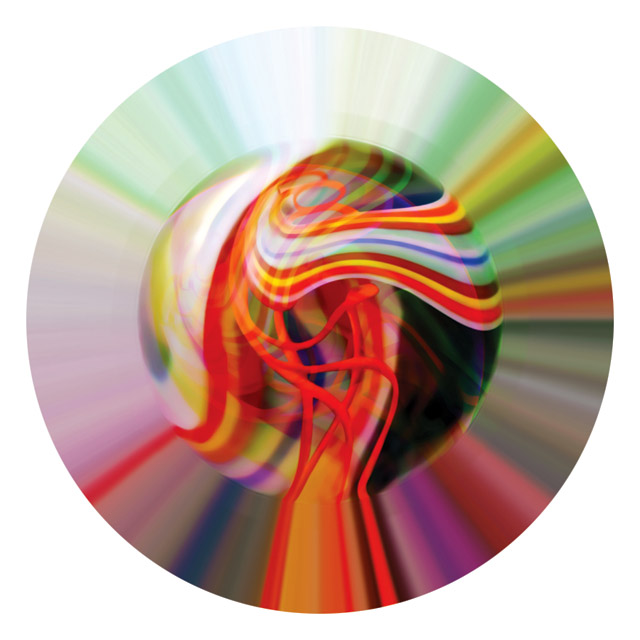 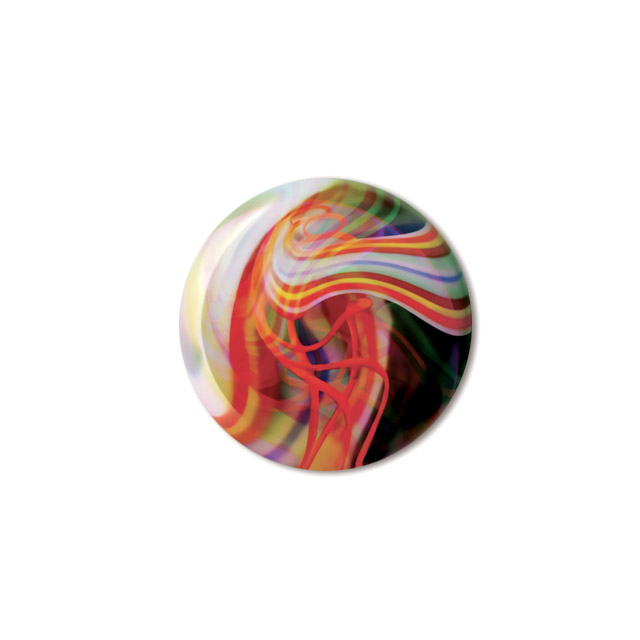 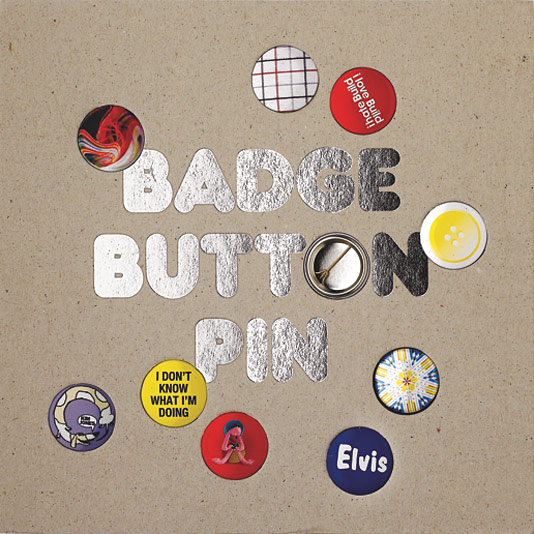 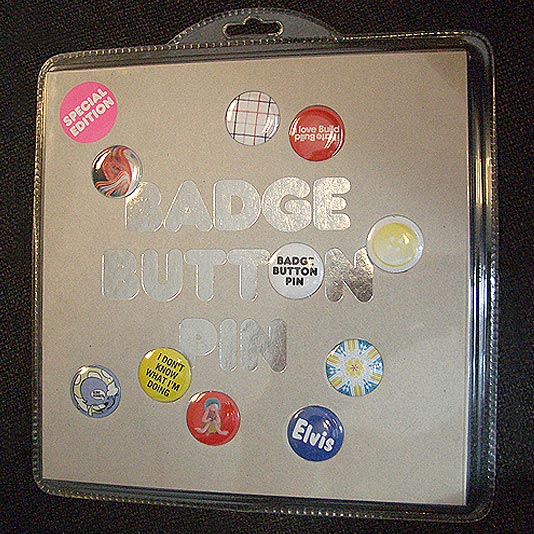 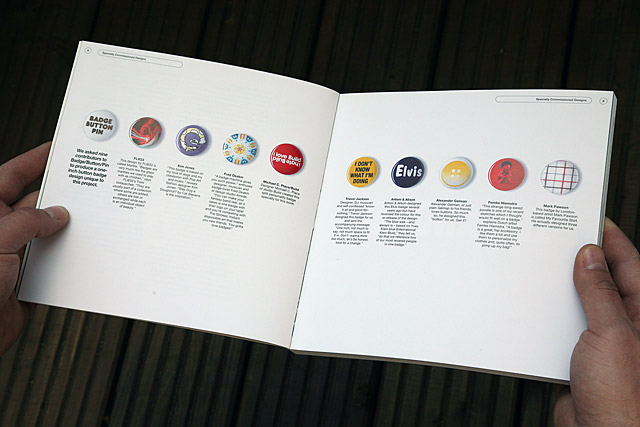 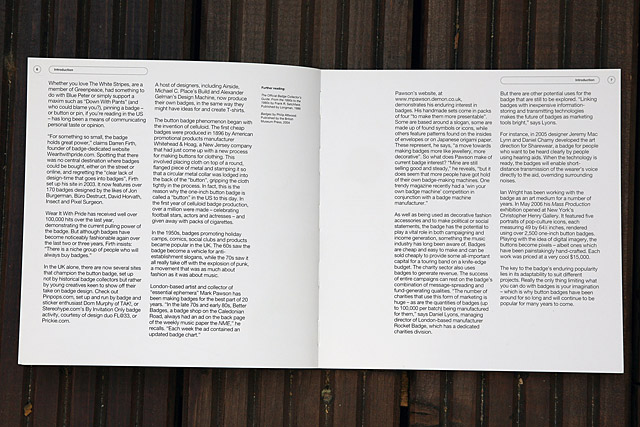 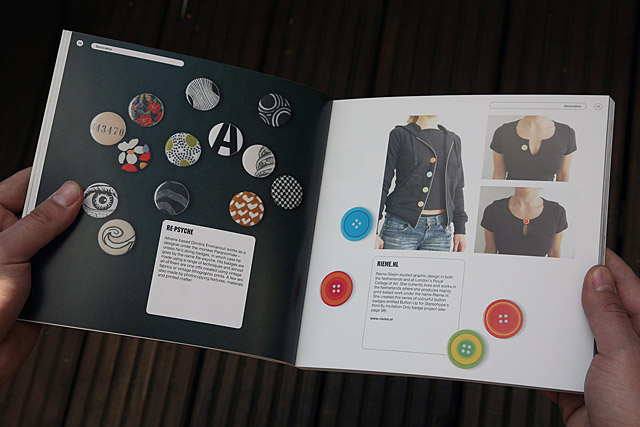 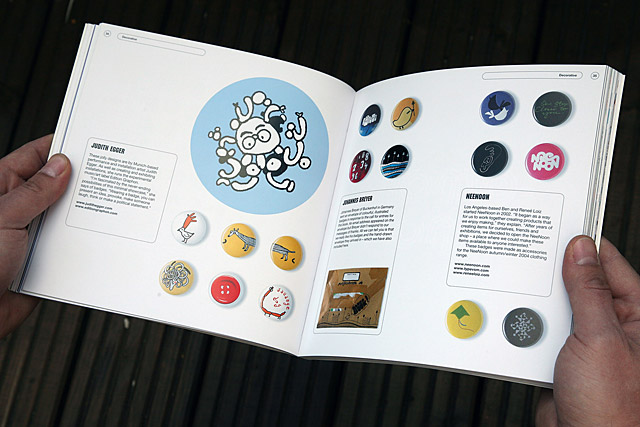 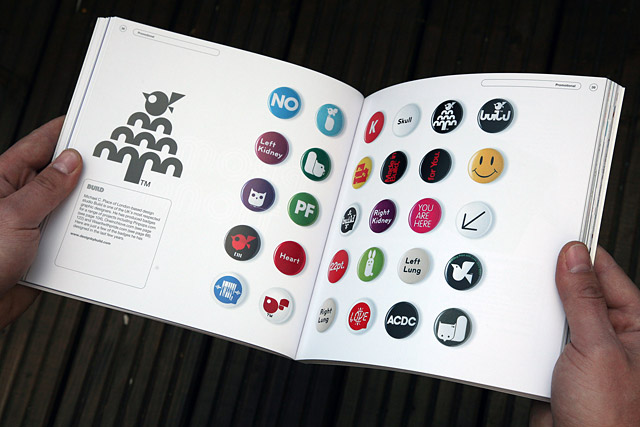 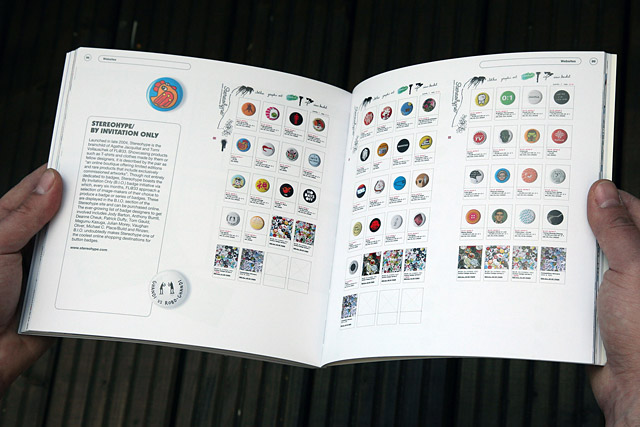 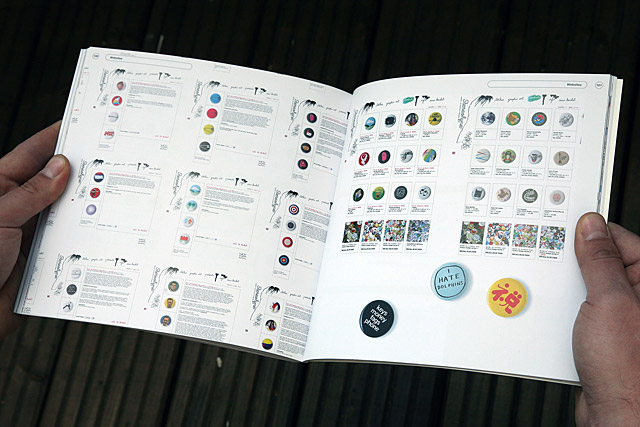