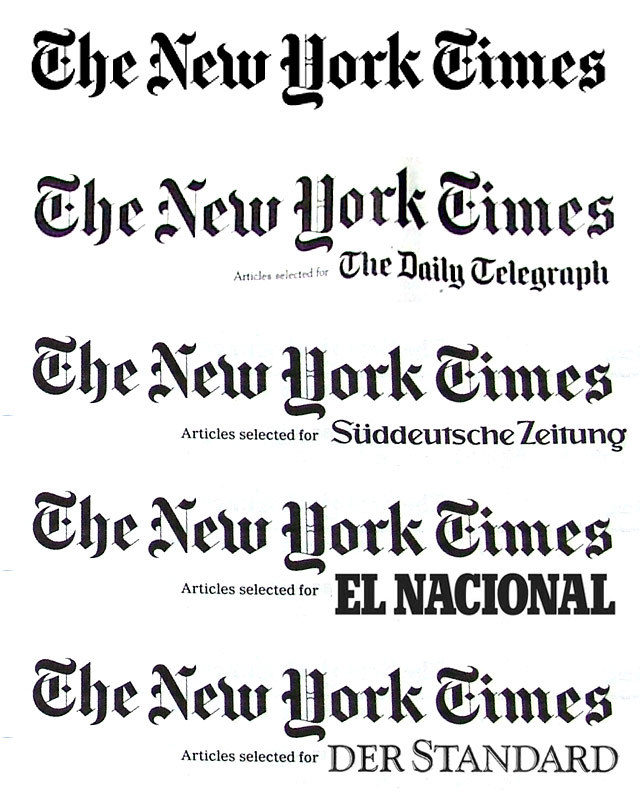 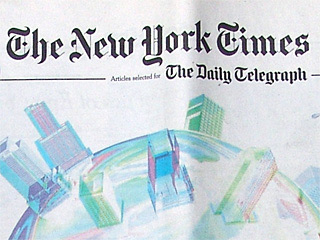 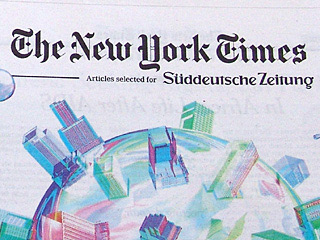 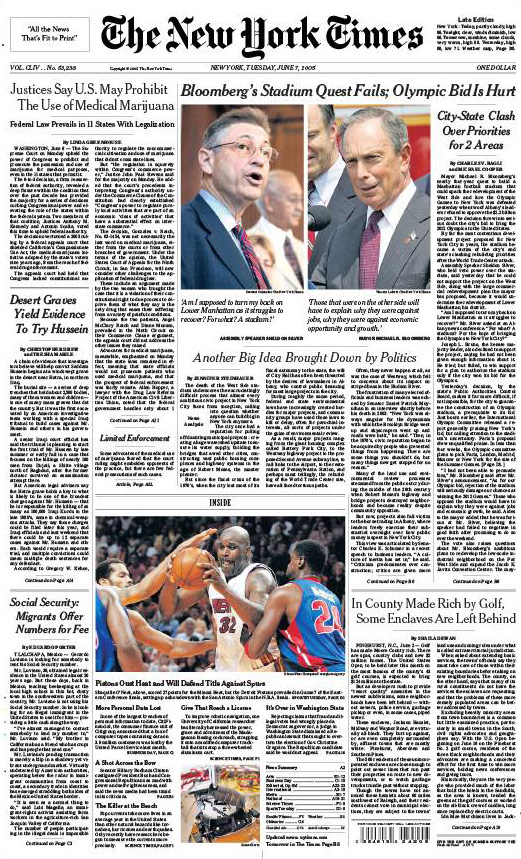 ENGLISH | bzzzpeek.com – Barks are Local: Meows are Global | (Alternative UK / print headline: A Bark is Local, But a Cat Speaks Just One Meow) | The sound of a French bee, a cheerful "beeee-eeeep!," is the greeting at bzzzpeek.com, a Web site devoted to onomatopoeia. For anyone who does not know what onomatopoeia is, bzzzpeek.com will gladly demonstrate. In fact, that's pretty much all the site does.
___ Onomatopoetic words, "buzz," "beep" and "moo," for instance, mimic the action or object they represent. They are, in theory, international, part of a lingua franca. Cows after all, don't moo differently in Spain than in Japan, do they? And all donkeys hee-haw, don't they?
___ You have 29 chances to find out to what degree this is not so.
___ Bzzzpeek is brilliantly and simply designed. There is virtually no text. Most of the sounds come from children. Once you enter the site, you will see a light-blue frame decorated with 29 silhouettes, mostly of animals and vehicles: a bee, a horseback rider, a duck, an owl, a cuckoo clock, a train, a police car, a car horn, a frog and so on.
___ Click on one of those icons, say, the duck, and you'll see nine of them lined up, each one bearing a flag representing a country. (You get to a second page of ducks by clicking on the arrow.) Choose the duck of a certain nation, say the one with the British flag, and you'll hear how children there say "quack." Then it's on to the next duck.
___ It turns out that British, French, Spanish, German, Russian, Polish, Arab, Greek, Italian, Dutch and Danish children all agree that a duck more or less quacks. But the Japanese ducks "da-da-da," and the South Korean says "day-dub." The Pakistani ducks say "tay-tay-tay." And the Croatians go "back-back-back." The Hungarian quack is so close to a real duck's sound that it is almost impossible to transcribe. The Americans are not represented anywhere on the site.
___ You can learn an awful lot from bzzzpeek. Children everywhere are great lions. Germans are excellent snakes. The Japanese are the only ones without any "sss" in their snake sound. They say "nero, nero." The Chinese can't be beat when it comes to a sheep bleat. The Greek dog says "gobble-gobble." Only the Arab dog goes "bow-wow." The South Korean cow is the only one that does not moo. No one anywhere agrees on what noise a pig makes. A cat's meow is the most international sound there is. South Koreans are the most consistently exotic soundmakers. Hungarians are a close second.
___ When it comes to car horns, the world is divided between a toot and a beep, though certain nations (Spain, for instance) have decided to settle for neutral territory, a toot melded with a beep. Based on "honk" alone, the Chinese, it seems, spend much more time leaning on horns than anyone else.
___ The Hungarians have the most souped-up cars. The Croatian bee sounds just like the Hungarian car. The Hungarian dog sounds like an ambulance. The Hungarian train sounds like an...

...American imitating an Indian rain dance.
___ The Russian train's doom-doom seems to have come straight out of "Anna Karenina." The Japanese mouse choo-choos. The Russian mouse beeps. So does the South Korean pig.
___ It's no big surprise that siren sounds are totally different from nation to nation. This, of course, is not only a result of how people hear but also what they hear. Sirens really are different from place to place.
___ The site is hugely instructive and fun. There are only a few weak spots. The national flags, especially when overlaid on car horns or bees, are bizarre looking and often hard to identify. (There's a key labeled "flags" to help you.) The bee icon looks like a fly. Sometimes only one recording is used to represent three different sirens of one nation: fire truck, ambulance and police car. And the site offers just one way to sort through the sounds, and that is by object (car, train, duck, bee).
___ Wouldn't it have been nice to get all the sounds of one nation on one page and get a little national barnyard anthem or traffic jam going?
___ Oh, but these are small faults. Bzzzpeek is so grand that you wish it would do a lot more than buzz, beep, quack and moo. Speaking of which, the site offers any child who wants to record a new sound the chance to do it. Does anyone out there know the sound of the rain in Spain?

UK CAPTION
At the bzzzpeek Web site, users can hear how children around the world imitate animal sounds. Choose an animal, like a lion, and a flag, maybe Britain's, and you can hear how the lion roars in Great Britain.

USA CAPTION
At the bzzzpeek Web site, choose an animal (shown here: a lion) and a nation's flag (British), and you can hear how the English lion roars. 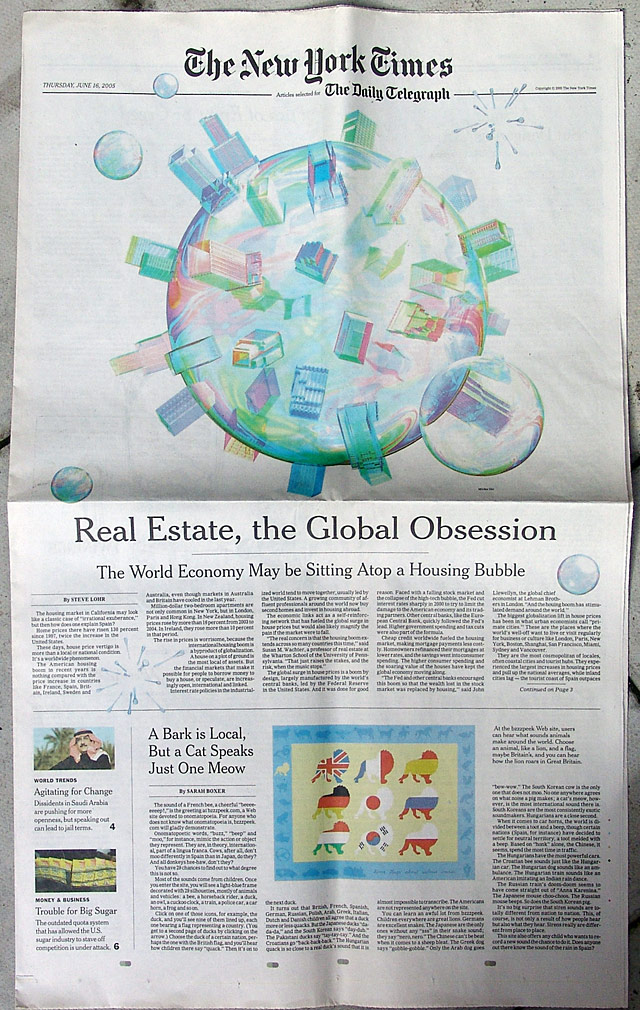 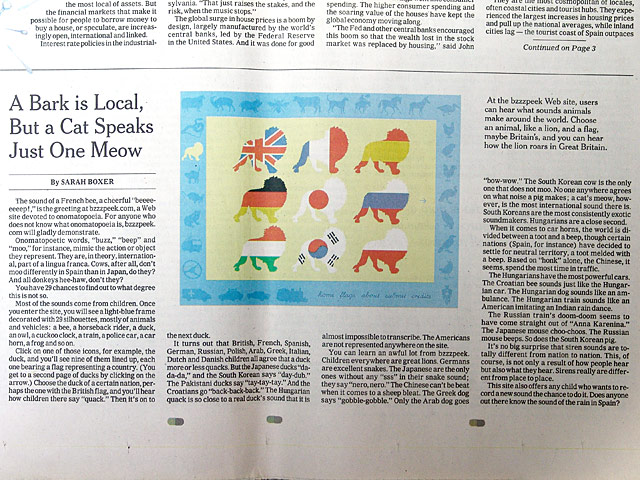 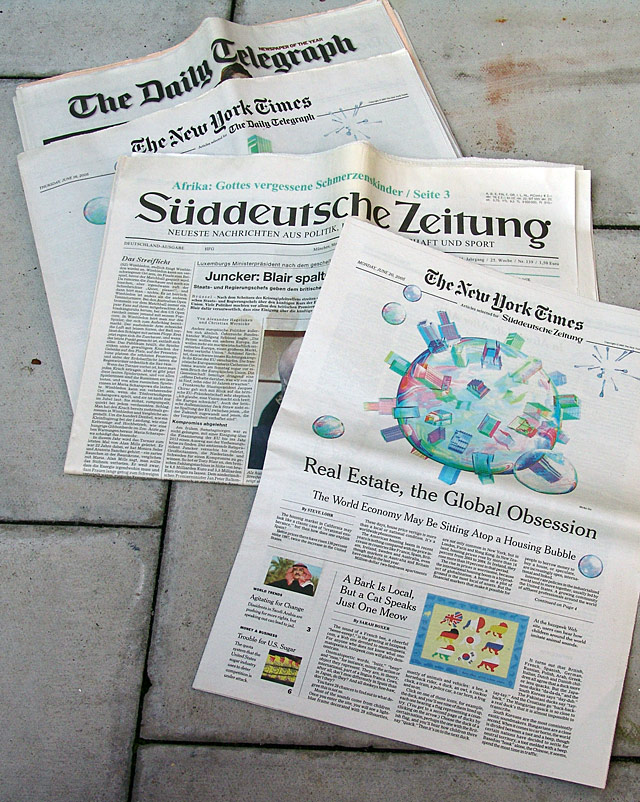 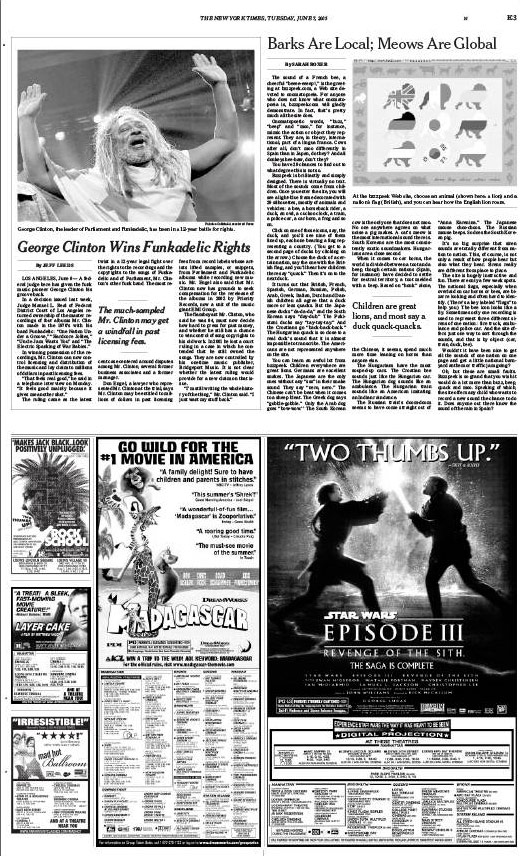 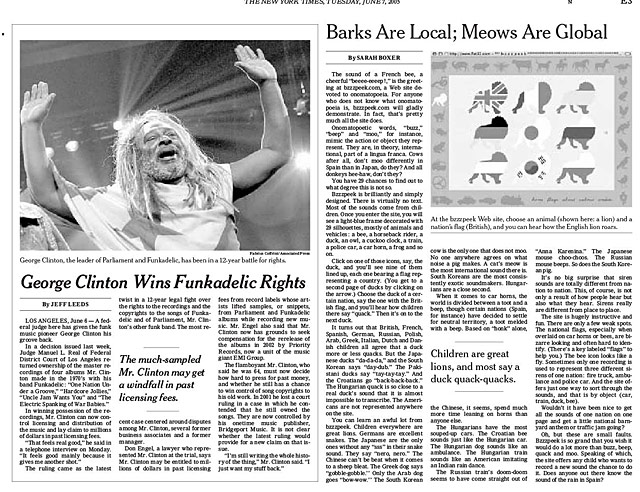 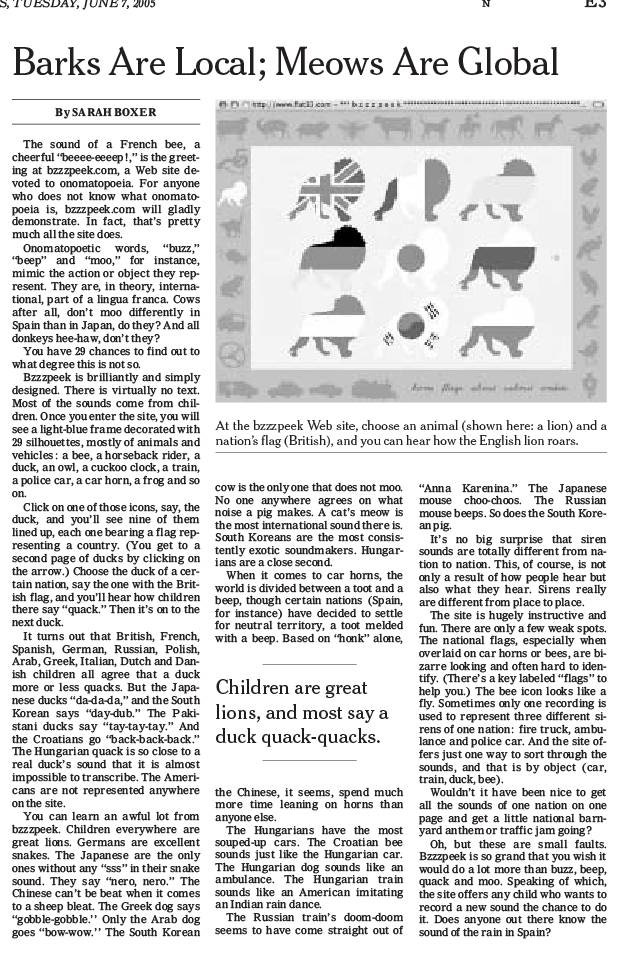