STEREOHYPE | (2006) POSTCARD SET #2
This is the second FL@33 / Stereohype postcard set and includes a card featuring the updated 2006 version of the classic Stereohype squirrel motif (see versions from 2004 and 2010 here).
___ The bzzzpeek.com support T-shirt Wang Wang is featured of one of the cards.
___ The third postcard shows a picture of the growing Stereohype button badge collection – badges produced between October 2004 and June 2006 and designed by competition winners and B.I.O. series contributors – selected designers, illustrators and artists from around the world.
___ All three postcards were produced in limited editions of 1,250 and were printed on matt uncoated, 100% recycled stock.
___ Assorted postcards such as the ones shown here are added for free to Stereohype orders and are being given away at trade shows, conferences and exhibitions, etc. 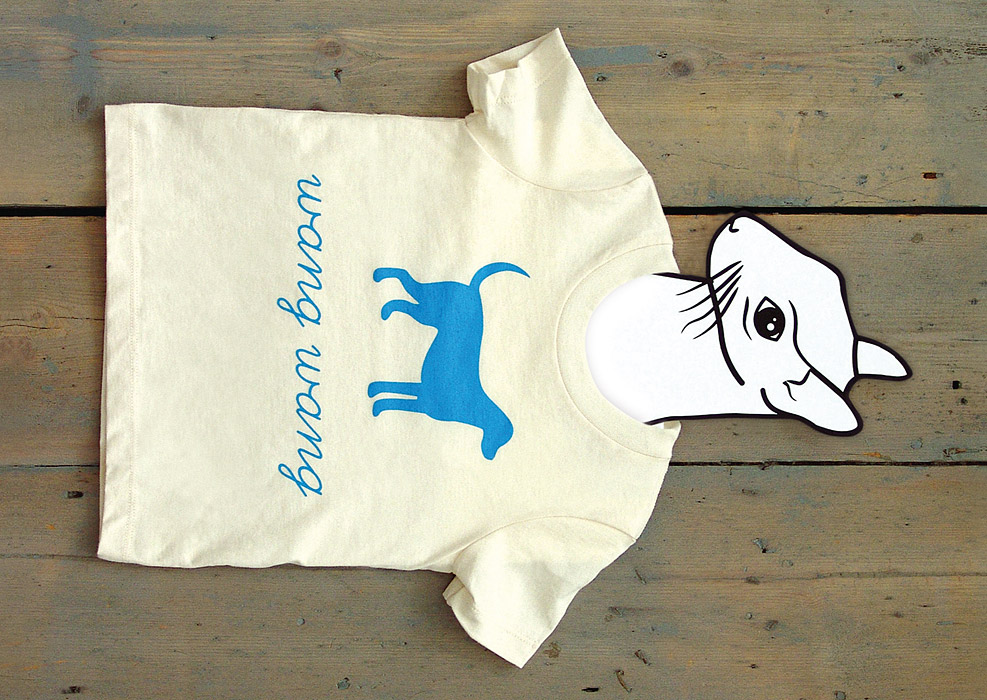 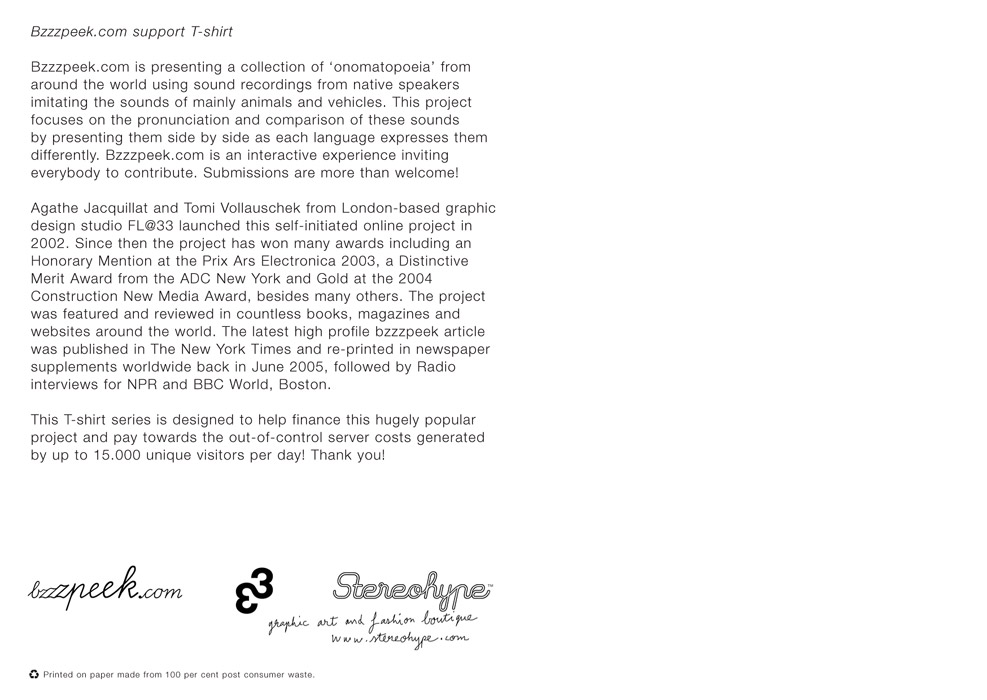 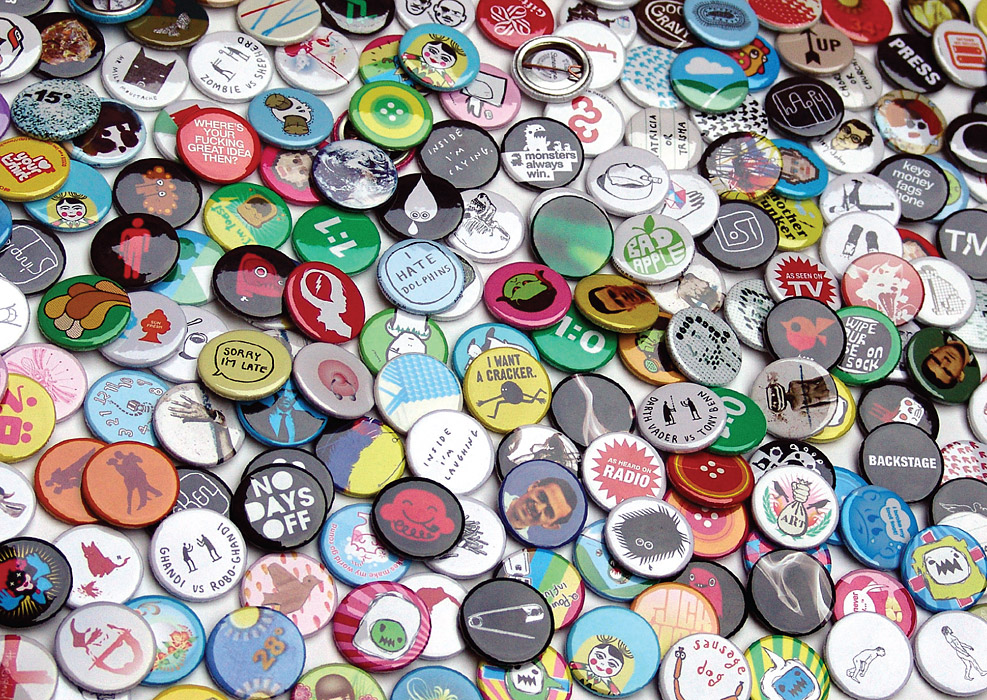 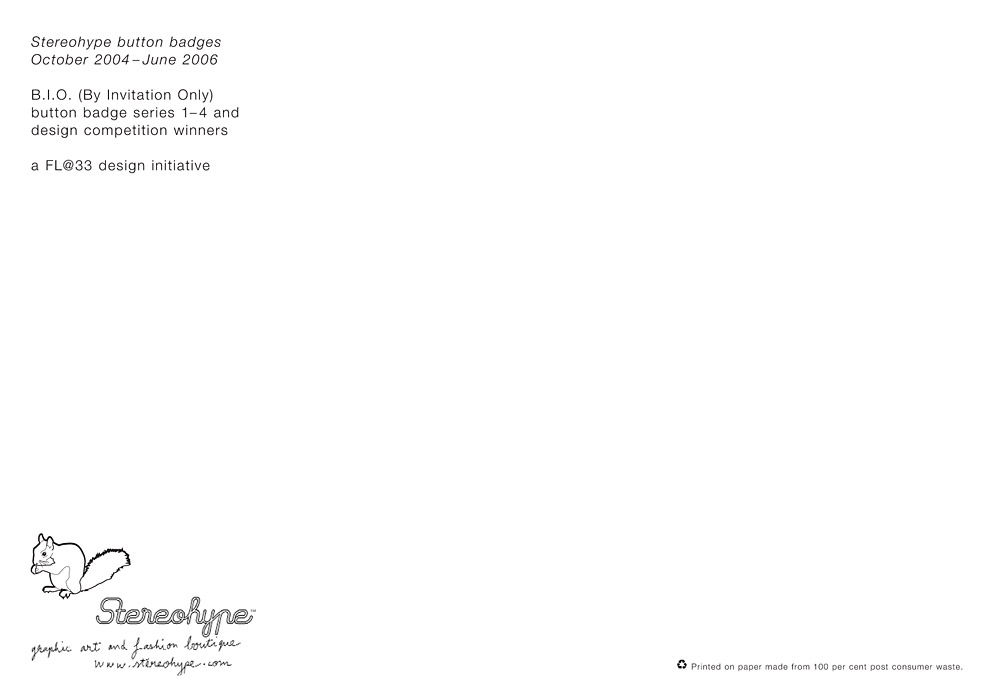 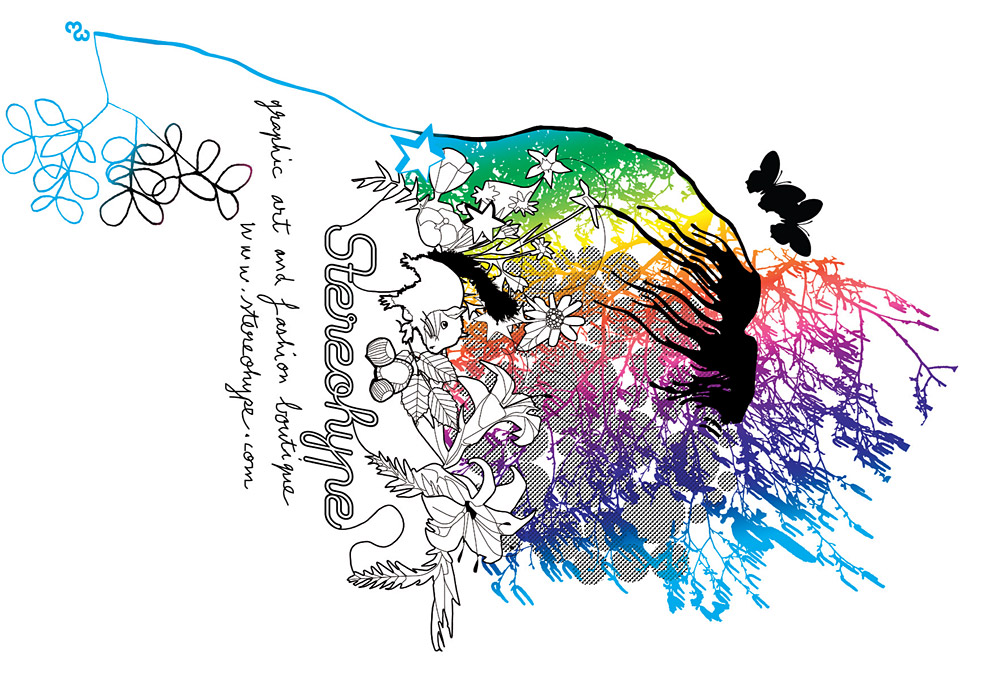 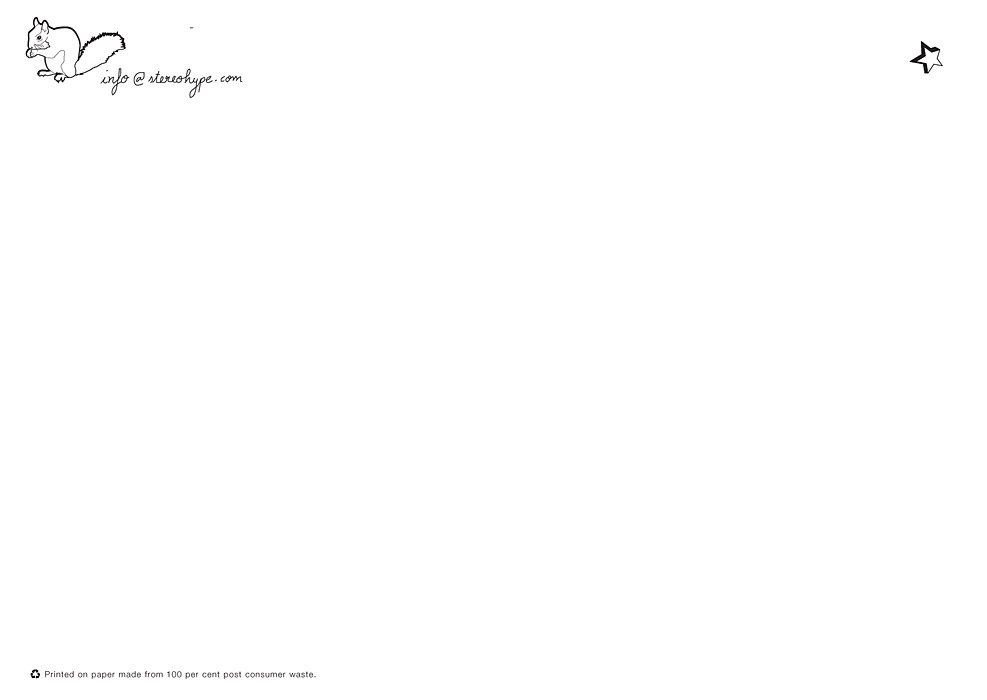 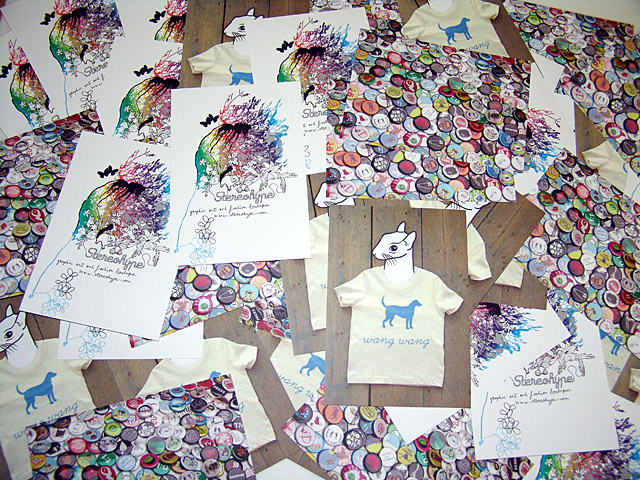 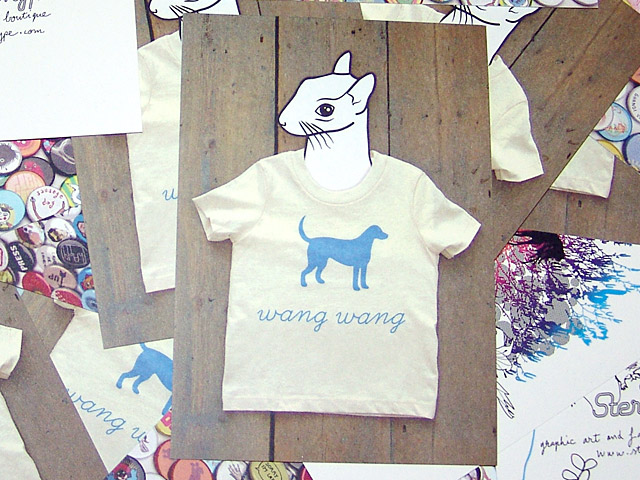 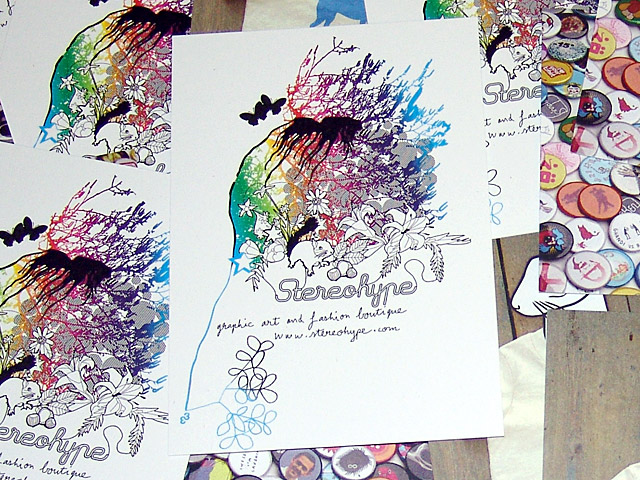 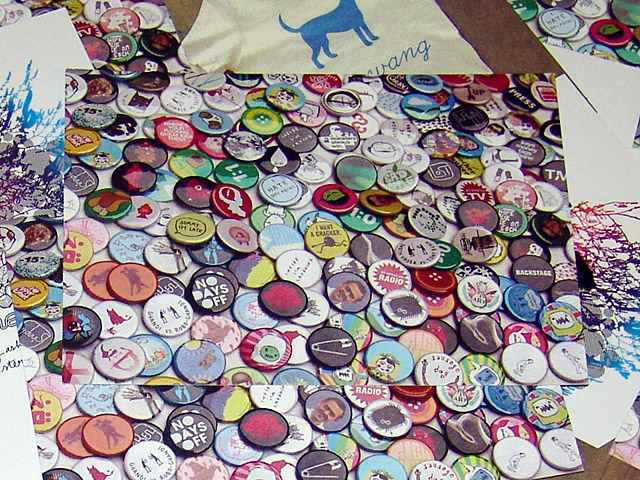