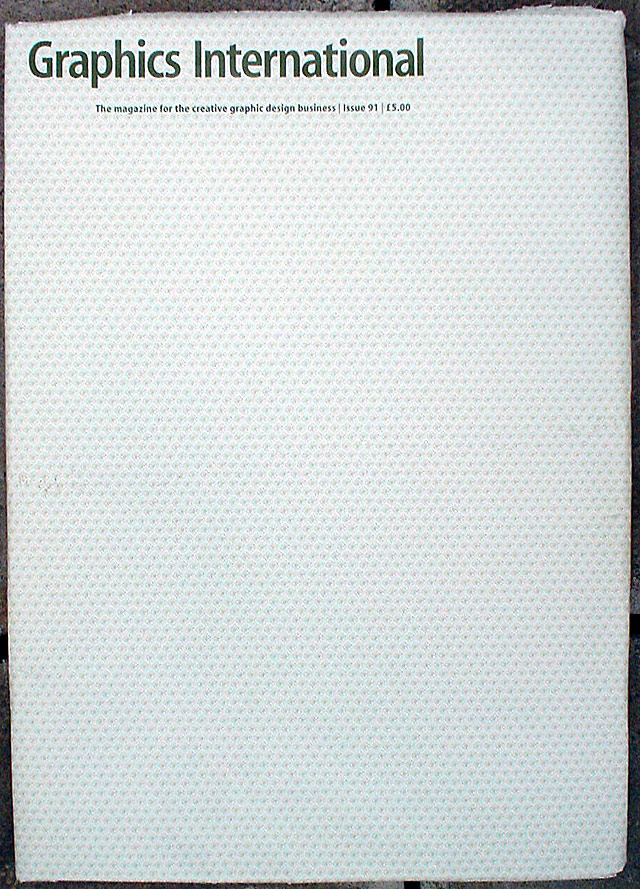 GRAPHICS INTERNATIONAL | CRANE SPOTTING
Trans-form is an architecture, design and art magazine created by Agathe Jacquillat and Tomi Vollauschek, recent graduates of the Royal College of Art. The conceptual project by the duo, who have started a multi-disciplinary design company called FL@33, explores "the magic of urban sculptures that appear and disappear in the cities we are living in... [and which] are usually unnoticed by the public's eye." The first issue of Trans-form, the CD-Rom Trans-it and web site trans-port.org, was originally created for their RCA show in 2001. The CD-Rom adds interactive and acoustic videos and animations combining industrial structures with natural imagery and presents a cityscape metamorphosis. trans-port.org is a playful and informative art site offering visitors the chance to build their own crane, climb a tower crane or be a crane operator. | Trans-form is available at £19.95 in selected bookshops in London, including Tate Modern, Magma and Zwemmers. 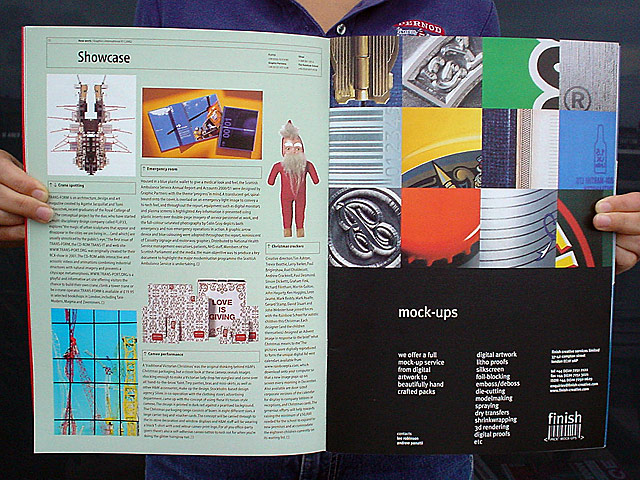 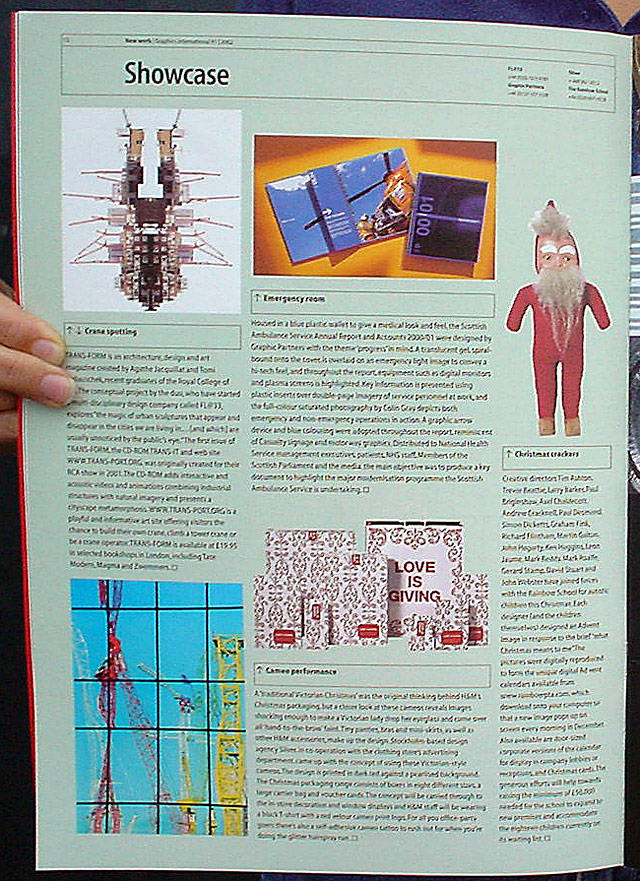