RCA Secret 2013, with six contributions by FL@33 for the postcard exhibition and fundraising sale, Royal College of Art, London, UK, 14–23 March 2013 .
___ Original works of art for only £45. You guess who it's by. The postcards are signed only on the reverse. The author of each work remains a secret until after the cards are purchased and the signature on the back is revealed.
___ There are usually in the region of 2,500 – 3,000 postcards on display and as we wrote in our book Postcard (Laurence King, 2008): Viewers (...) must pretend not to be disappointed if they mistake a FL@33 card (such as those featured here) for a Damien Hirst or David Bowie...
___ In its 20th year RCA Secret not only saw a change of dates but also saw the event move to Battersea for the first time – to Royal College of Art’s landmark development, the Dyson Building, off Battersea Bridge Road, London SW11 4AS. 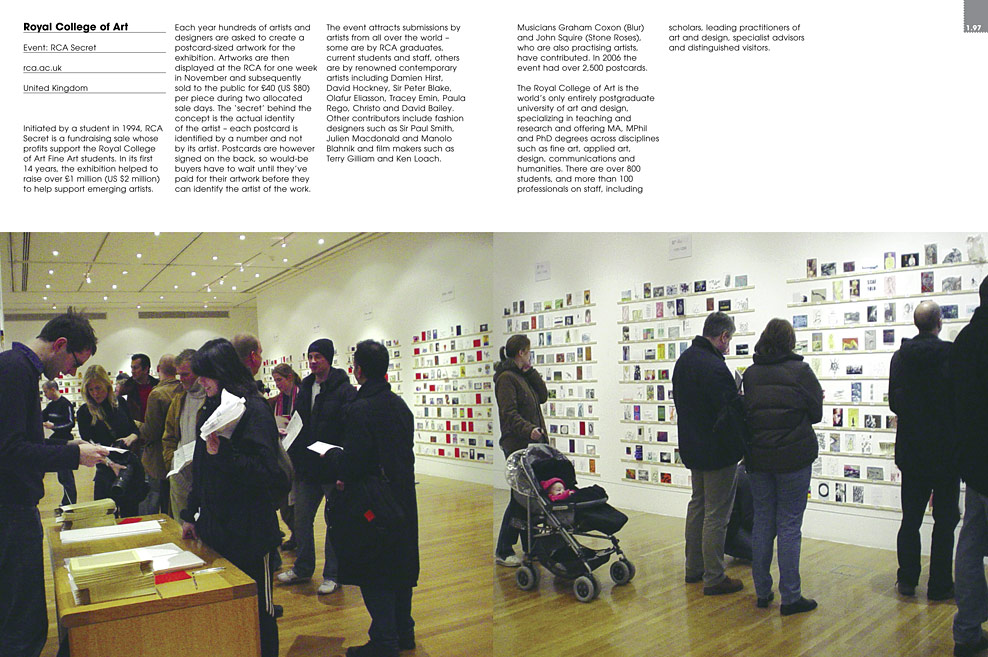