The video – the first one shown here – 8min 20sec video composition (Cars #3, 2009/2020) was once rather fittingly described by a motion graphics enthusiast as 'a wonderful kaleidoscopic visual with subtle flickers of colour'.

8 MINUTES 20 SECONDS | THE VERY EARLY YEARS | 2002 – 2004
8min 20sec started as a concept in 2002 when we first started to record appropriate digital video footage – initially only with prints in mind.
___ The first printed sequences were however not released until 2004 when five of them were exhibited at the first FL@33 (and Stereohype) solo show in Paris that took place between December 2004 and January 2005.
___ The series of photographic artworks was exhibited together with a first version of the video patchwork that was created especially for this first exhibition in Paris.

8 MINUTES 20 SECONDS | THE CONCEPT | PRINTS | 2002 – ONGOING
The initital concept was based on capturing city life in video sequences of 8 minutes and 20 seconds (= 500 seconds). Each 500-second-sequence was then reduced to 1 frame (or video still) per second. Later additions expanded the urban focus to also include more natural, rural environments to enrich the project further. We originally started with recordings from Paris and later also added London beside other locations.
___ The resulting prints are based on the individual collections of 500 frames (each) and are positioned within square compositions (20x25 video still thumbnails).
___ The remastered and new additions are now super high-resolutions and are available in even larger formats 50x50cm (19.7x19.7") and 110x110cm (43.3x43.3") versions. 8min 20sec prints are available at London-based graphic art label and online boutique stereohype.com.

8 MINUTES 20 SECONDS | ORIGINAL VIDEO FOOTAGE | 2002 – 2021
Cars | The original DV footage of the cars for the video was recorded in 2002 in Paris at the Place Charles de Gaulle (aka Place de l'Étoile) from the top of the Arc de Triomphe that offers a bird’s-eye view to the exceptionally busy roundabout below in which the Arc stands.
People | The people from above were originally recorded in 2002 in Paris from the Eiffel Tower that offers a bird’s-eye view to the surrounding city and the pedestrians below.
Millennium Bridge | This recording was taken during a boat trip in 2002 showing London's Millennium Bridge – the steel suspension bridge for pedestrians crossing the River Thames, St. Paul's Cathedral to Tate Modern.
Little Venice | Recorded in 2002 in Little Venice, with its beautiful canals and waterways, just to the north of Paddington, London.
Char de Voile | The original video footage was recorded in Le Touquet-Paris-Plage, France, where a Sand Yachting / Land Sailing race took place in spring 2019.
London's Southwark Street | An exceptional view from a penthouse above a pedestrian crossing – not so far from Tate Modern – that was illustrated by Camille Walala. The 8min 20sec footage was recorded in June 2020 in the midst of the pandemic. It would usually be much busier at this location. The sequence was created in 2021.

8 MINUTES 20 SECONDS | VIDEOS 2004 – 2009
In addition to the square print compositions we also started working on translating our concept back to video patchworks. The first animated version was created in 2004 in a 4:3 PAL format and did not include any soundtrack.
___ In 2009 a first revised high-definition 720p DVD widescreen version for a museum event was created and a soundtrack was composed and performed especially for this latest version of 8min 20sec video composition (Cars #3, 2009/2020) by the amazing Mercury Quartet in London.
___ This video with soundtrack was first screened in the cinema and exhibition spaces of the London's Transport Museum.
___ Please note that the original sound of 8min 20sec video composition (Cars #3, 2009/2020) starts very slowly after 1 minute 29 seconds.

8 MINUTES 20 SECONDS | 2020 UPDATES AND ADDITIONS | 1080p FULL HD REMASTERS
In 2020 full HD video remasters were created using the original DV tapes with digital master recordings. The compositions were re-rendered with the much higher 1080p full HD resolution (1920x1080 pixels).
___ Silent versions of 8min 20sec video compositions (Cars #3, 2009/2020 and #1) were remastered for a new installation in Paris in 2020 – also shown here. We updated the Cars #3 / Mercury Quartet version at the same occasion – shown here at the top, as the first of many such videos. The silent 2020 version was also added here at the end and includes alternative end credits.
___ Together with new additions we uploaded these 2020 full HD remasters to our Vimeo channel and replaced the 720p lower resolution 2009 versions, in order to avoid loosing thousands of play view counts. These can be maintained when simply re-uploading a better quality video version. What you see here on this page are the embedded Vimeo videos and they are therefore the updated 2020/2021 1080p full HD versions.
___ We recommend that you ensure to watch them at the now available 1080p Vimeo resolution – and why not in full screen...? We also updated the end credits in the videos – and accordingly – their stills were therefore also updated here on this page with the new 2020 versions. 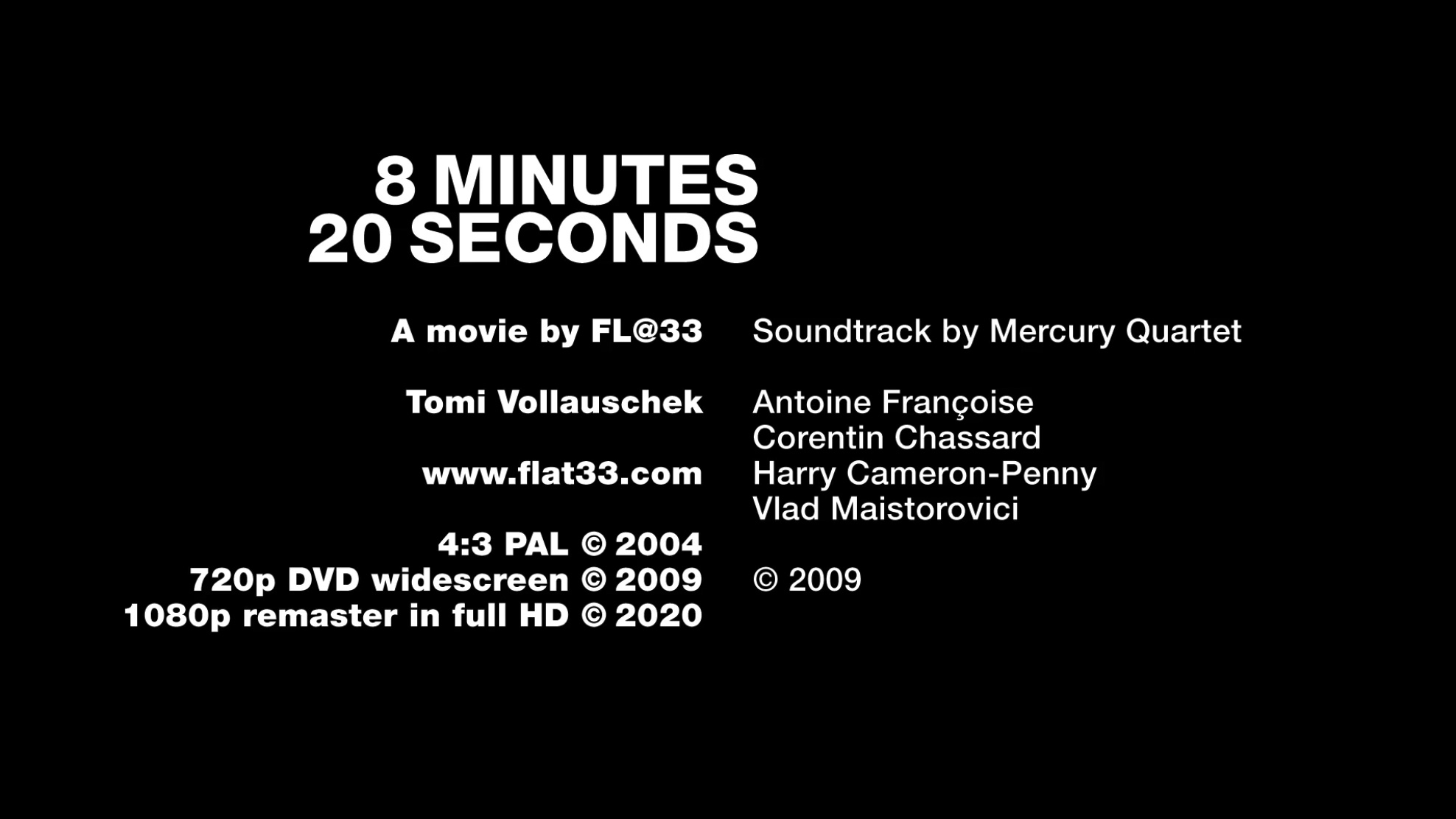 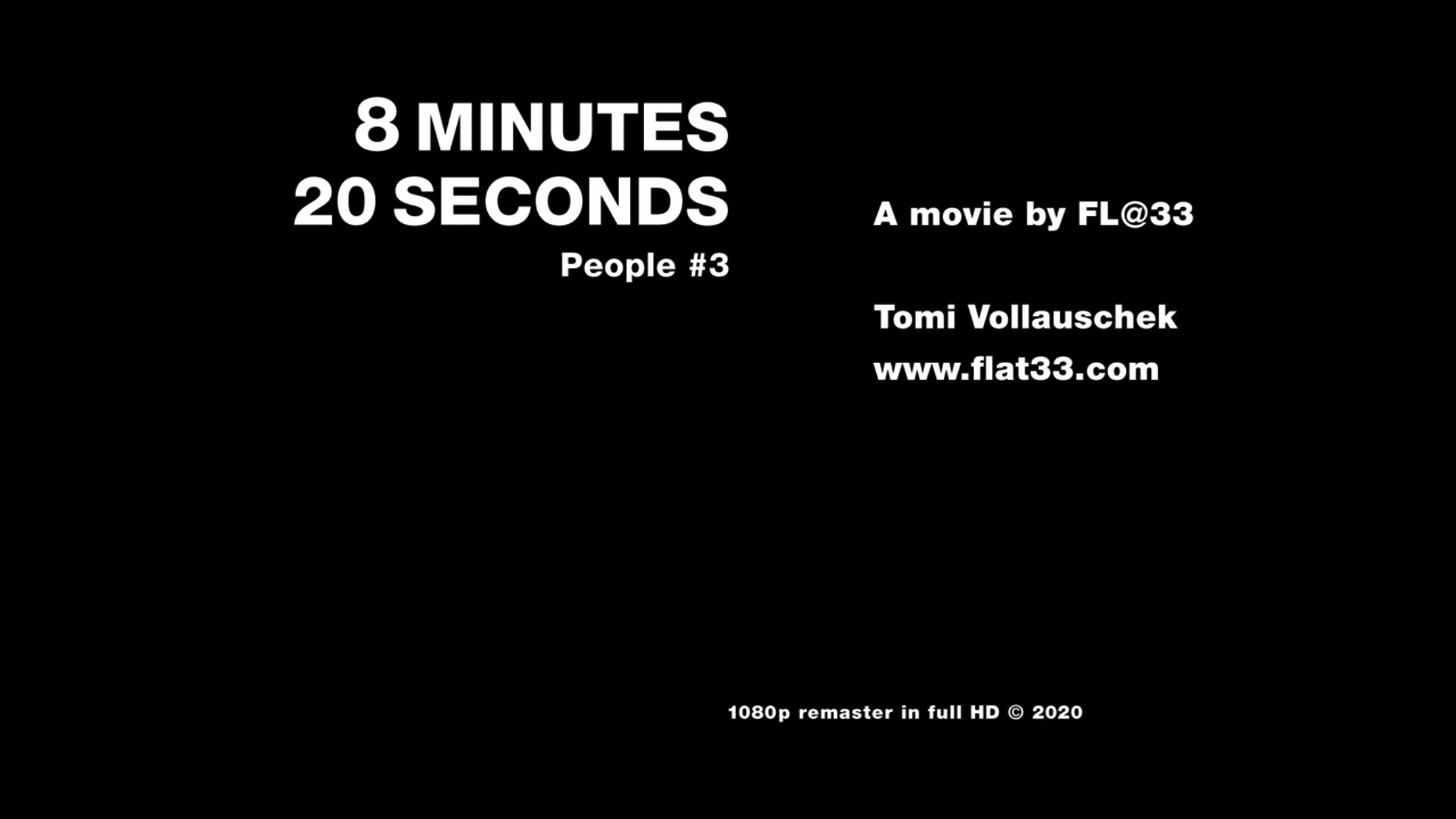 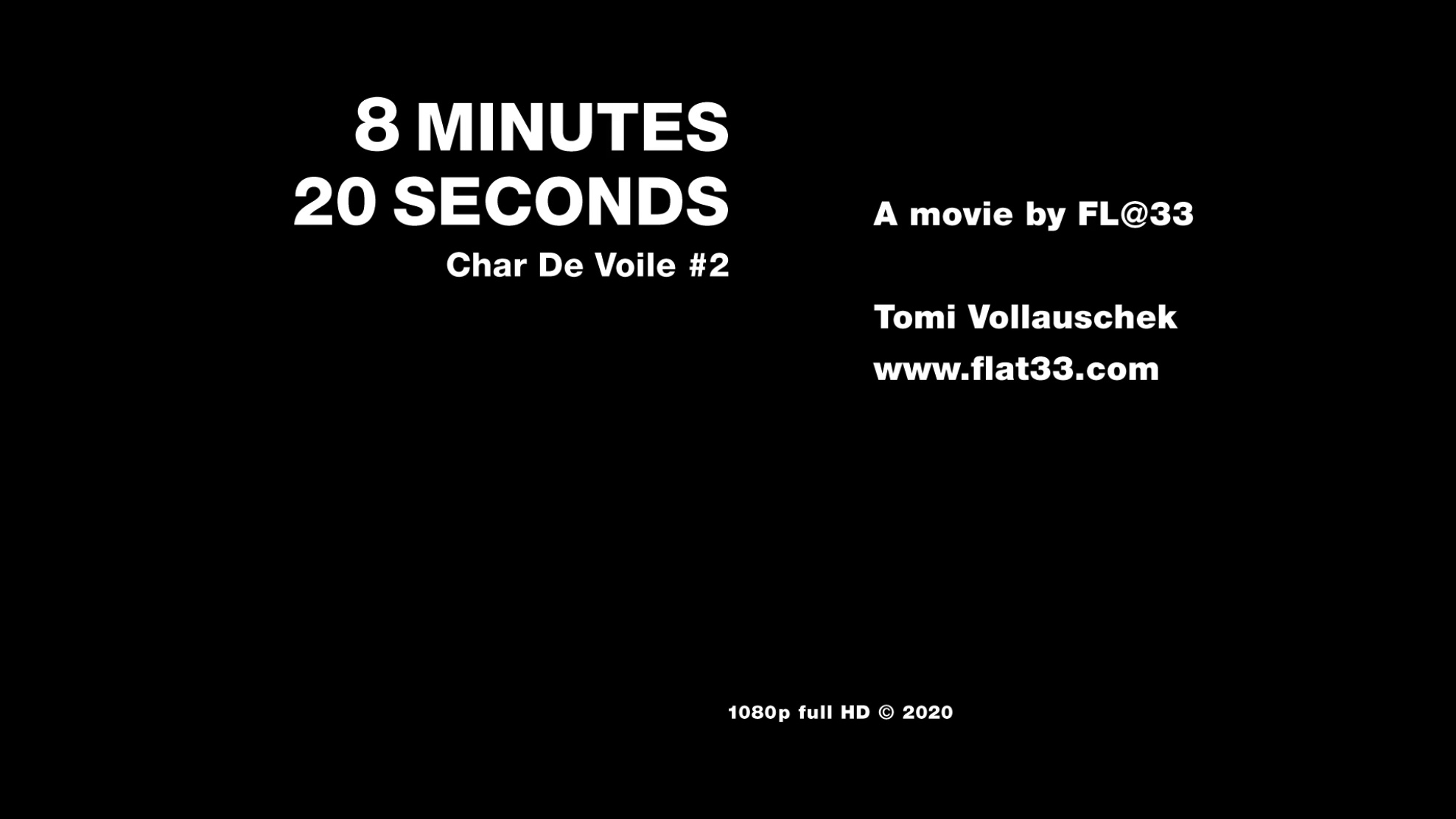 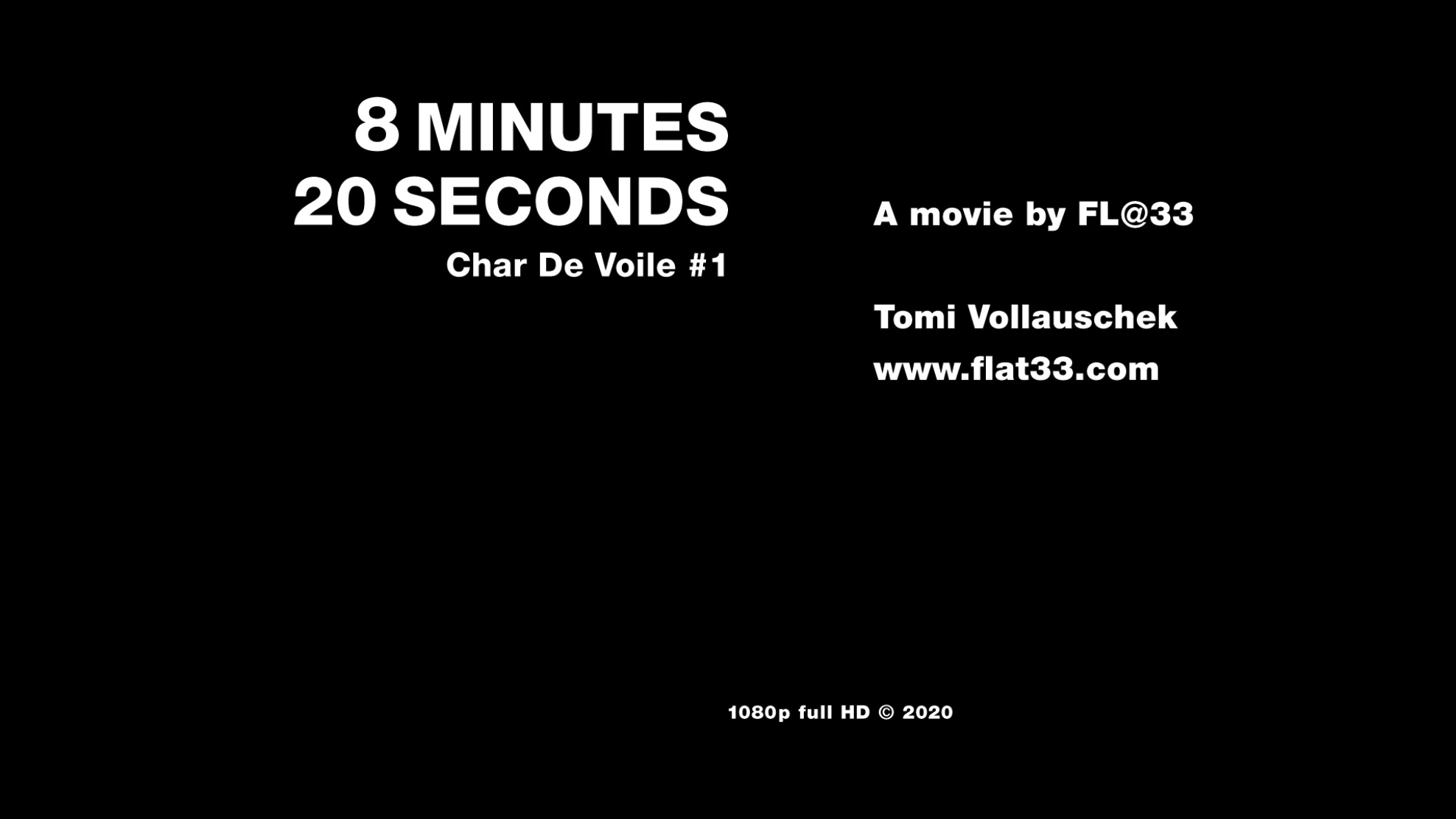 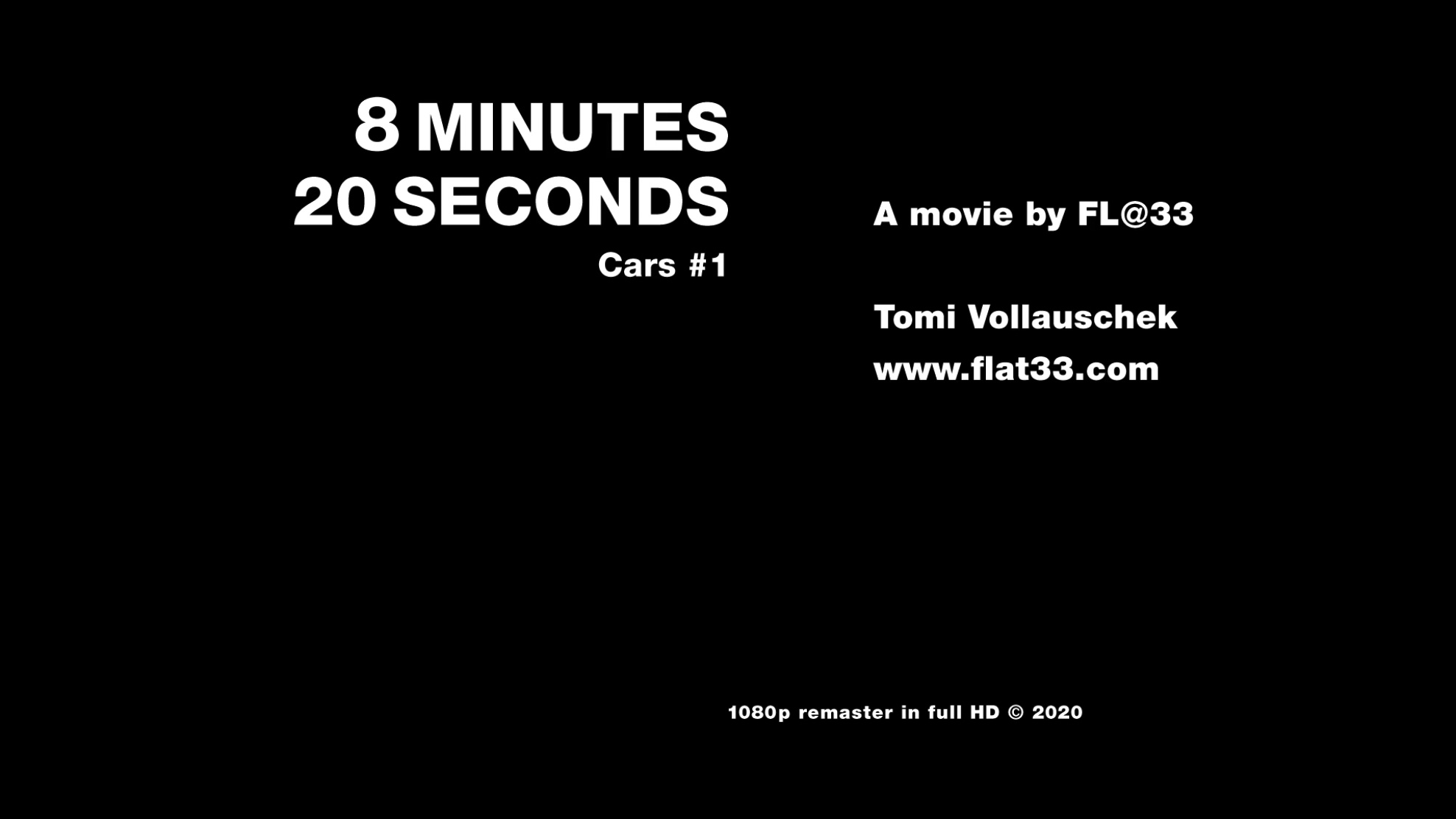 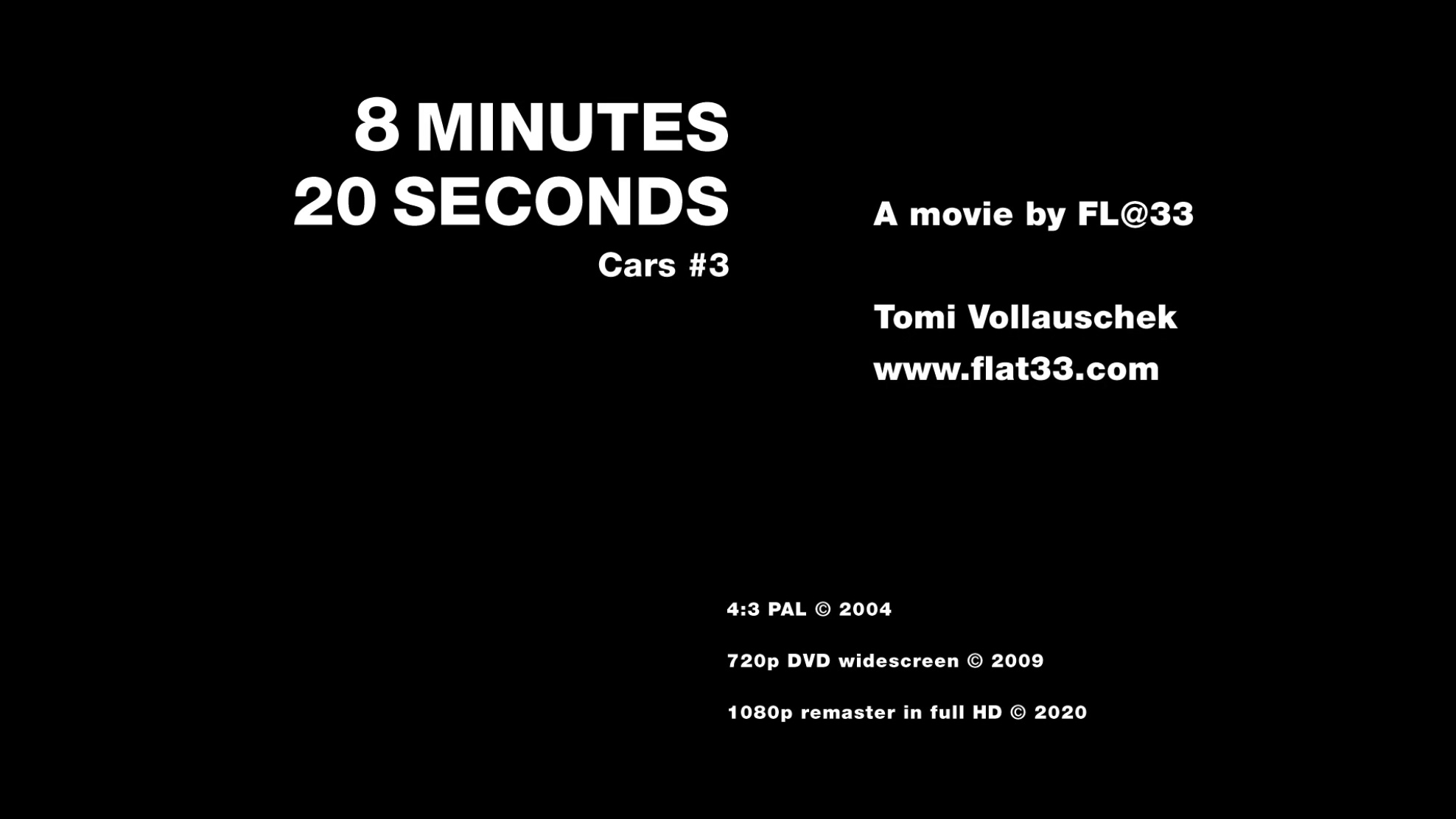 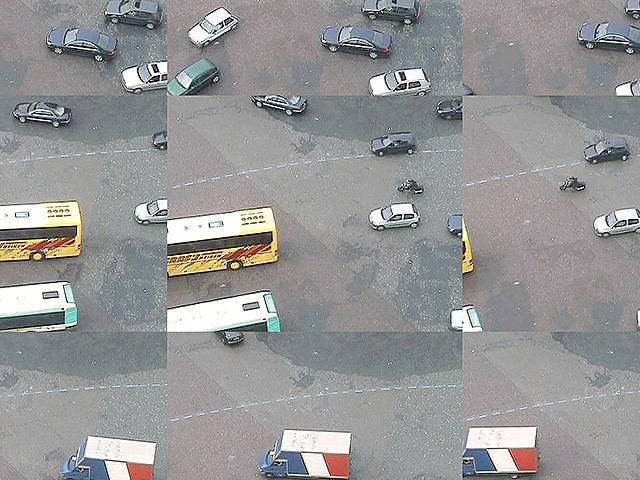 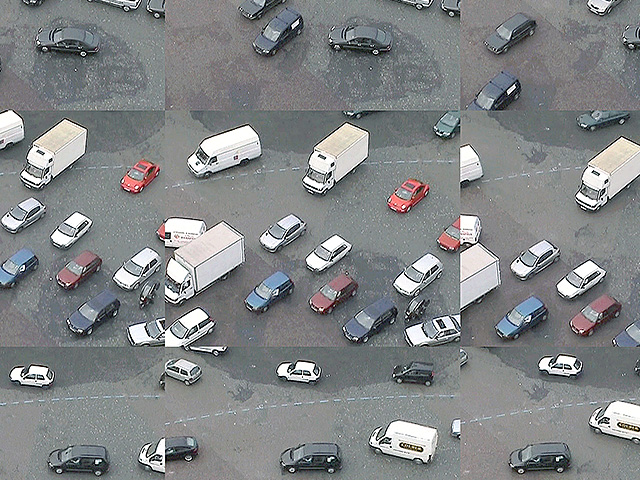 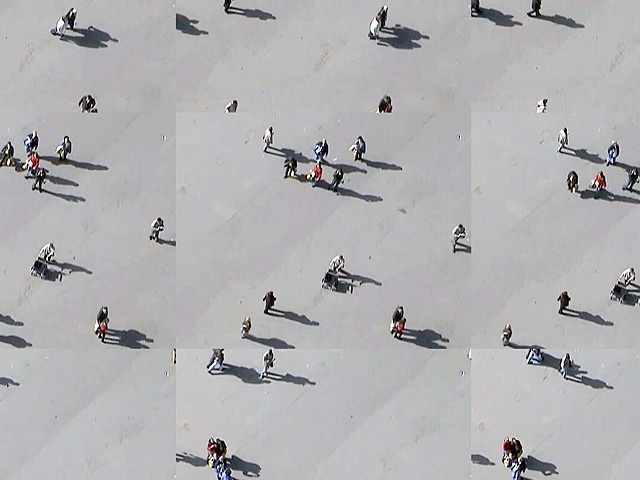 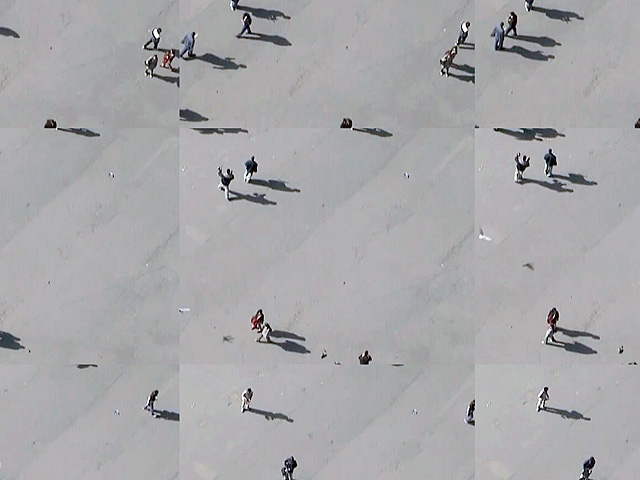 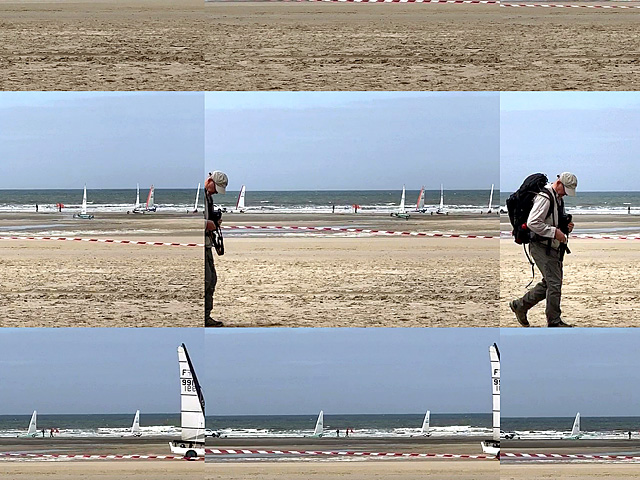 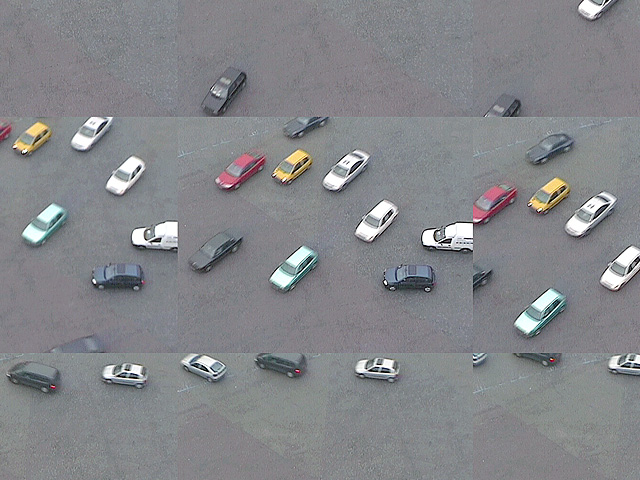 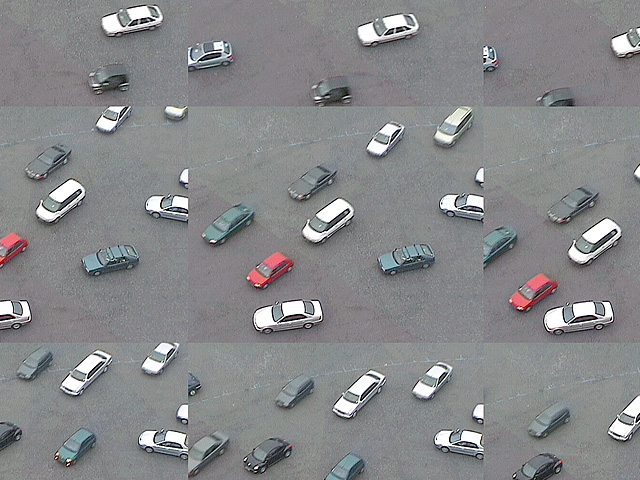 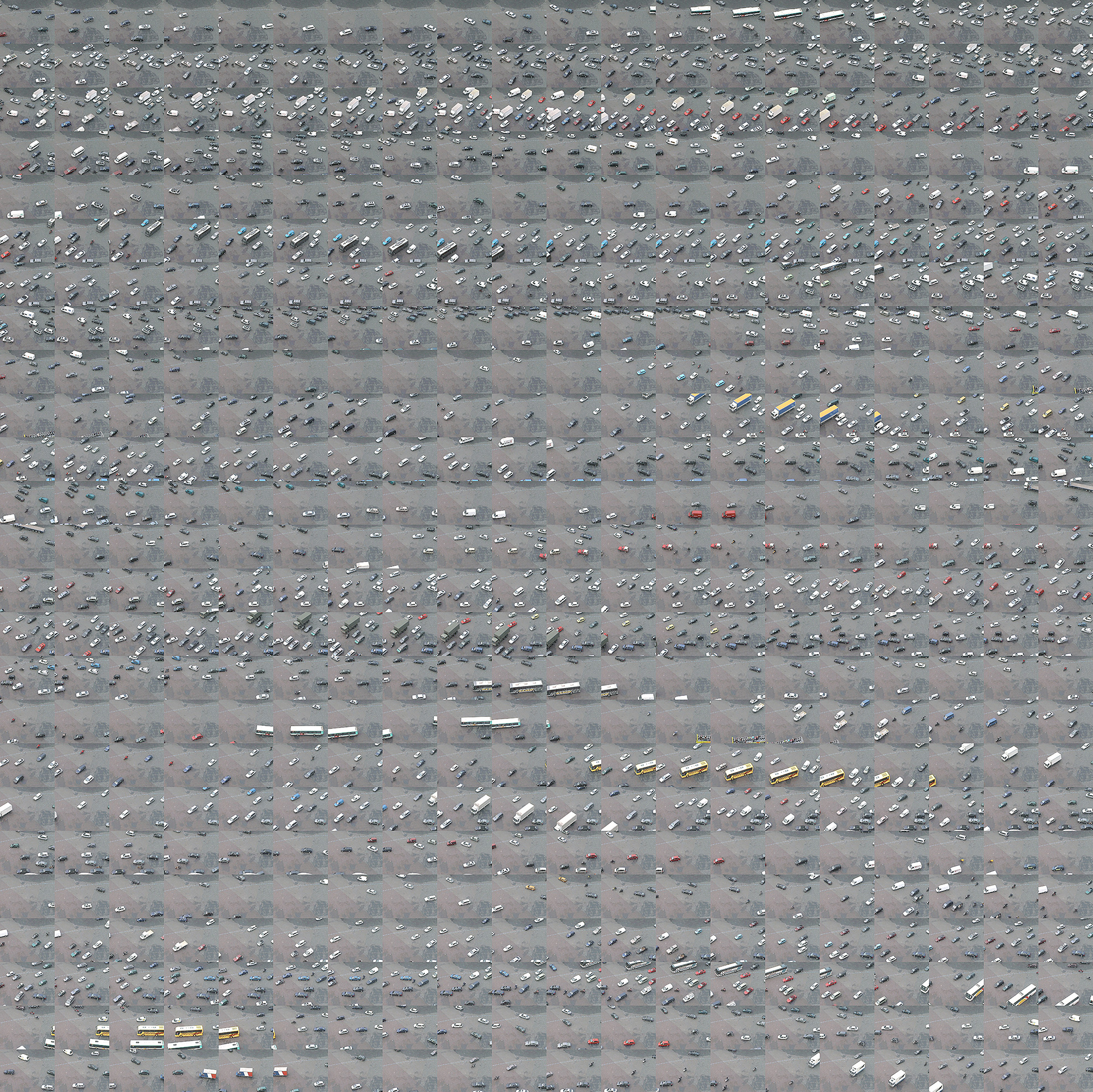 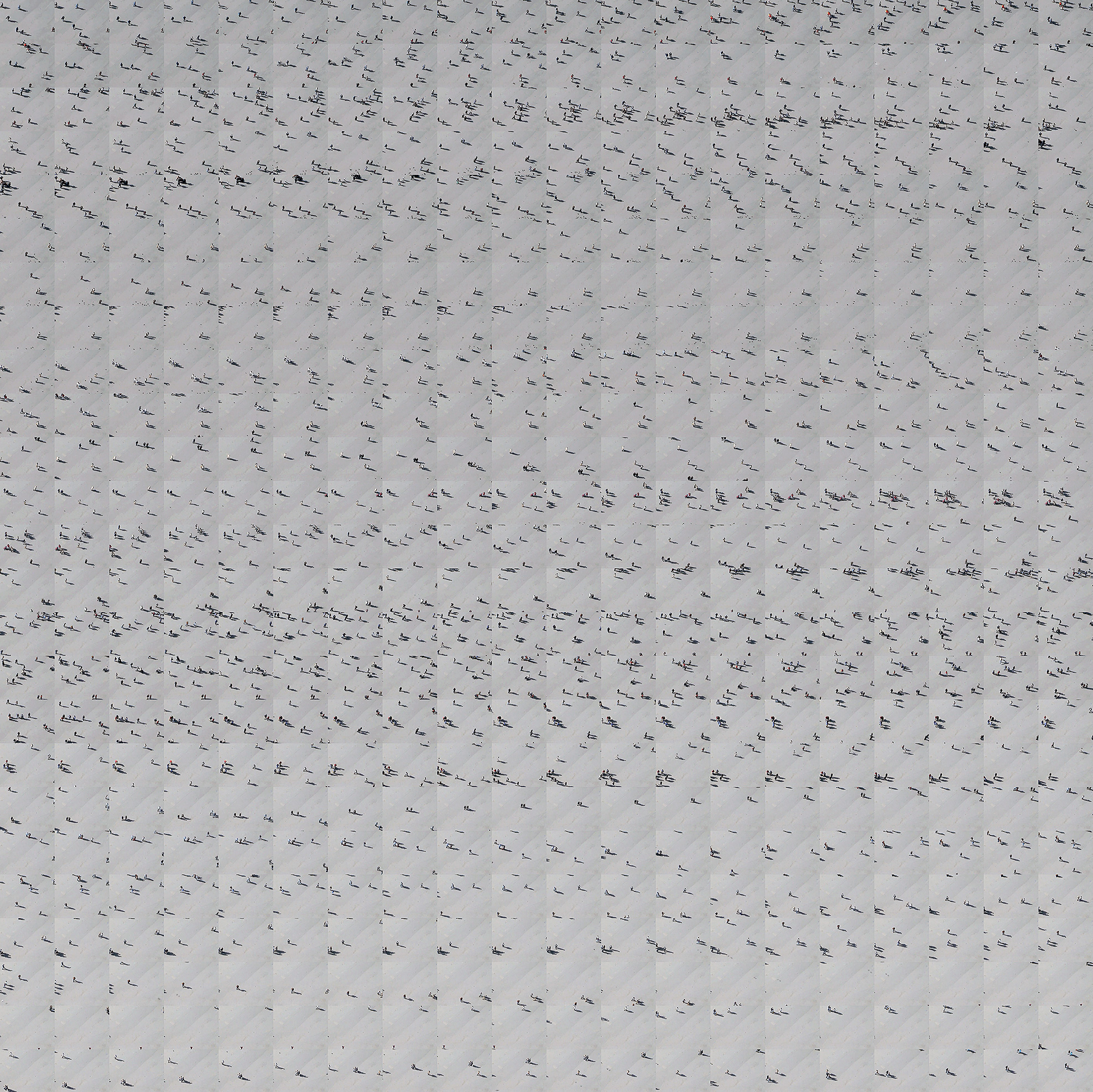 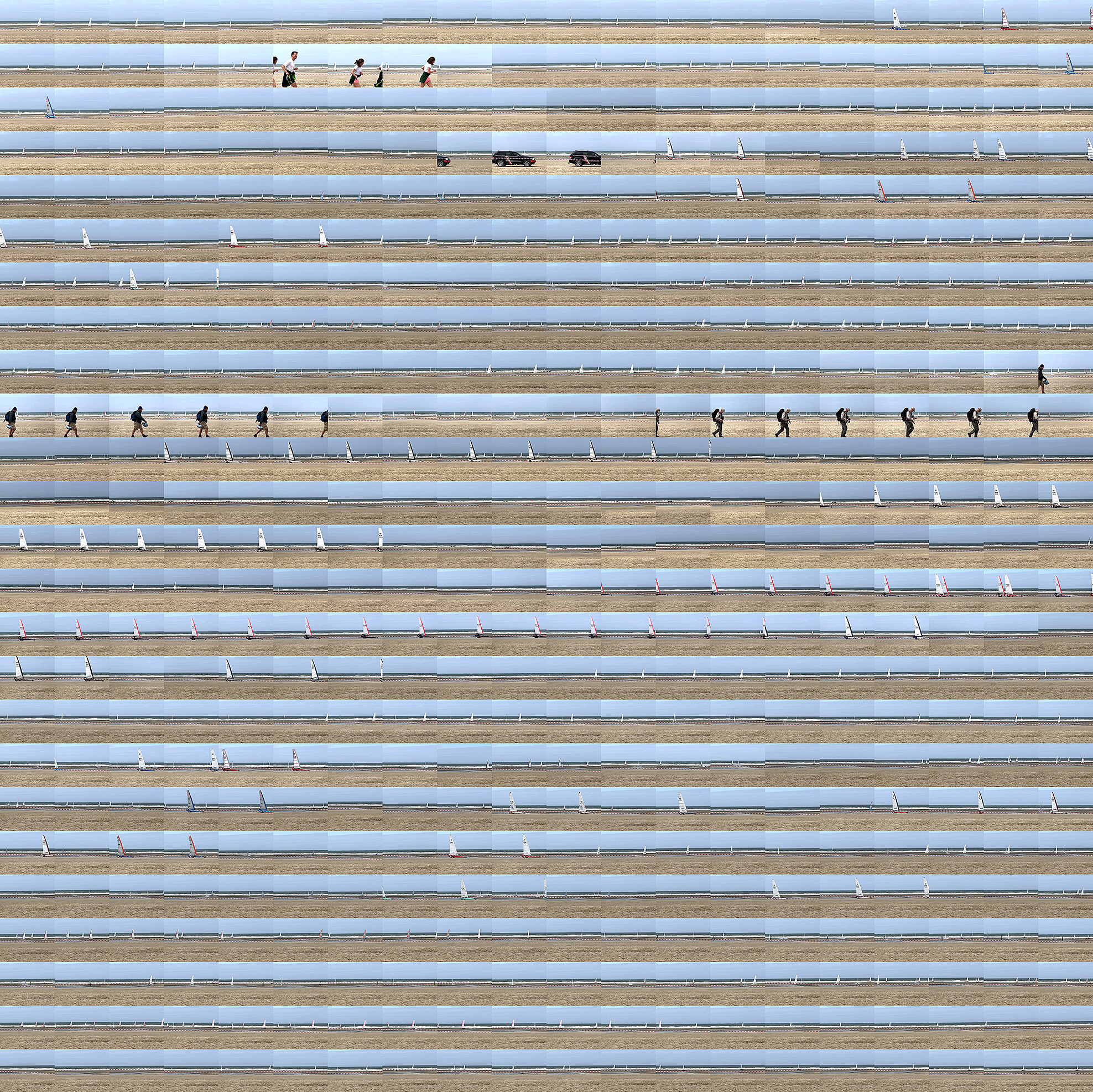 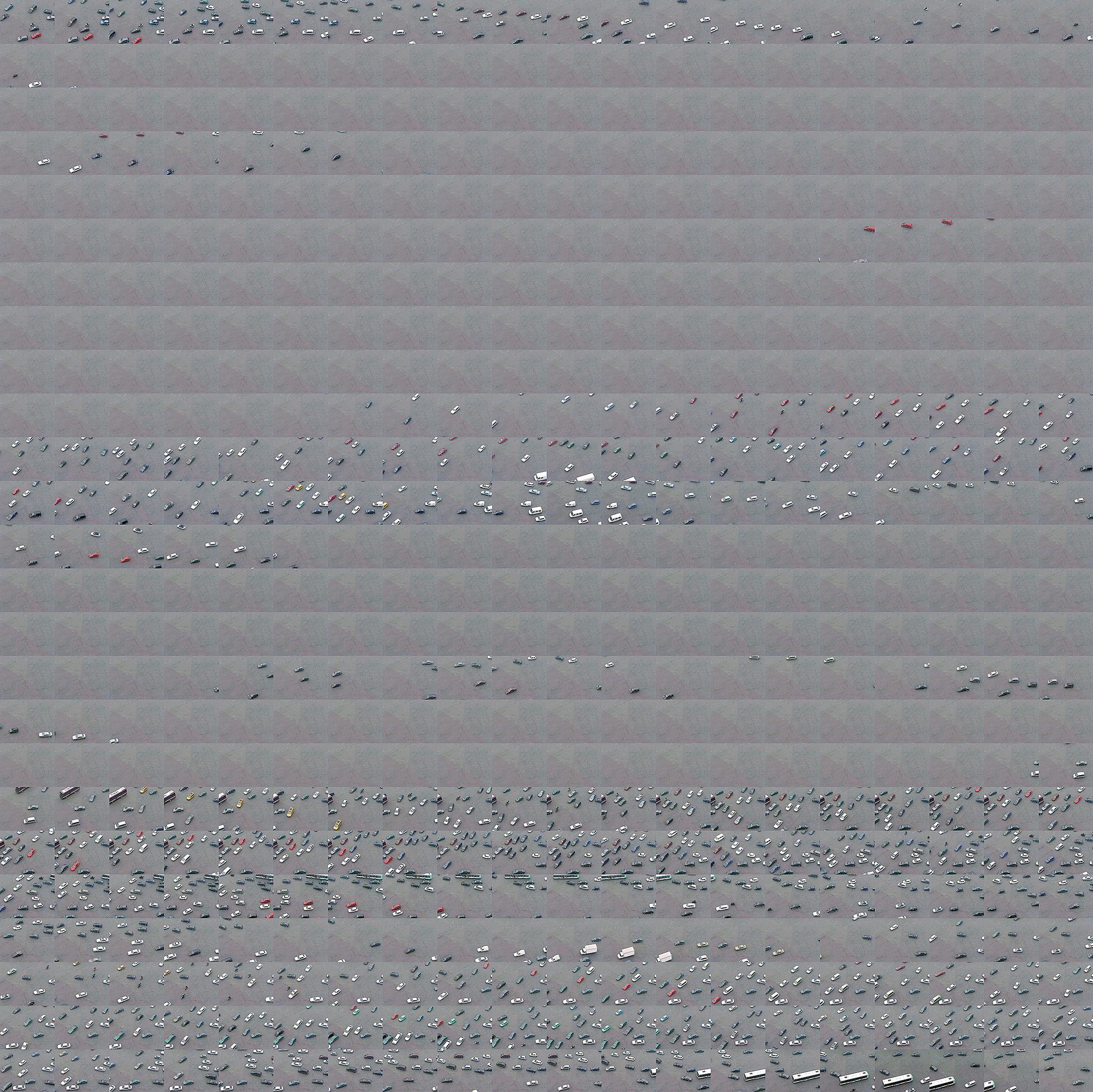