300% PROMO T-SHIRT
The 300% promo T-shirt was produced especially for the book launch – a collaboration between Laurence King Publishing, FL@33 and the studio's T-shirt label Stereohype.
___ A few remaining screenprinted 300% T-shirts are still available at stereohype.com. To customise the T-shirts they came with a set of three badges until 2008 featuring the fluffy words Cotton and two of the five chapter titles of the book itself: Make and Love. 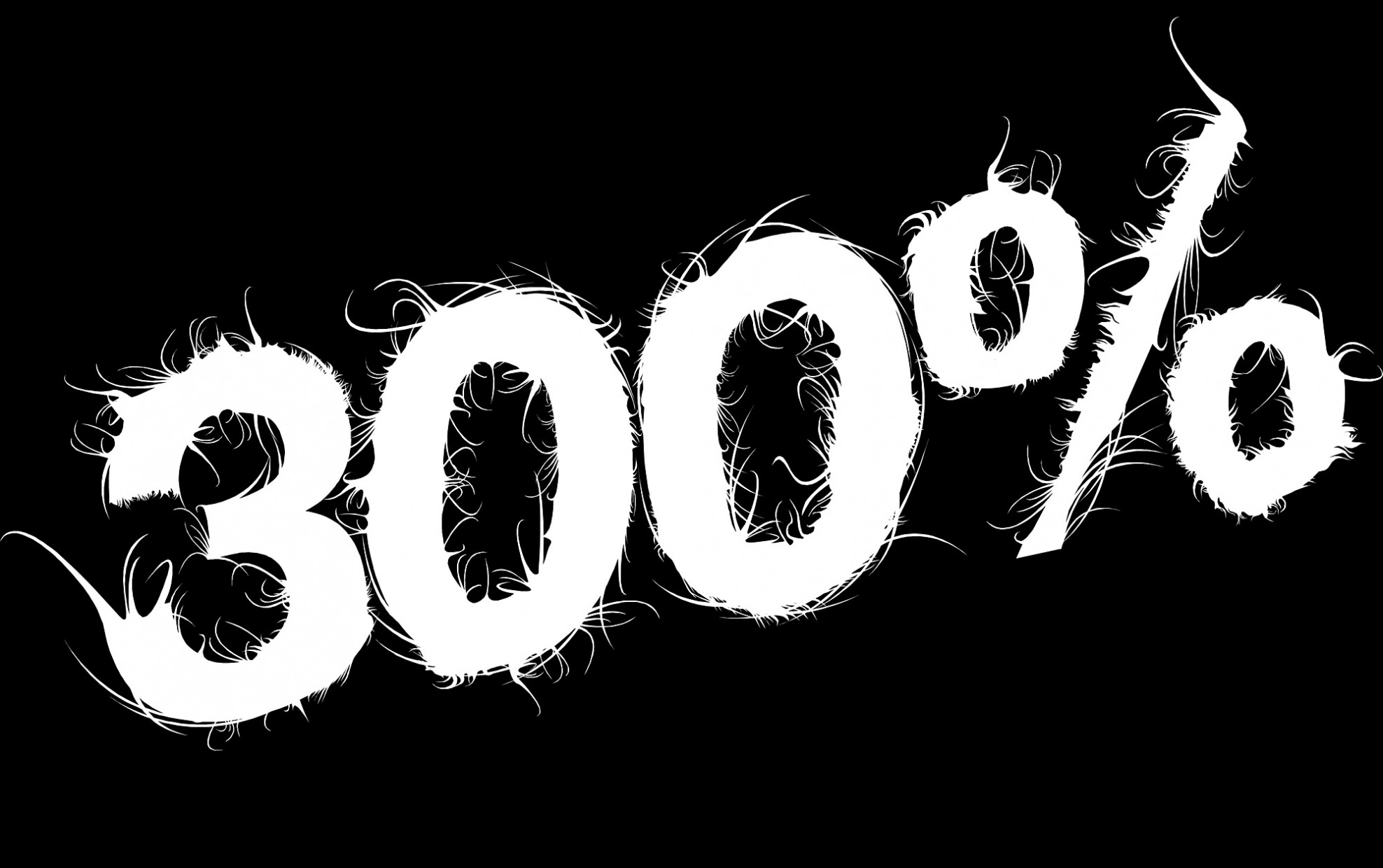 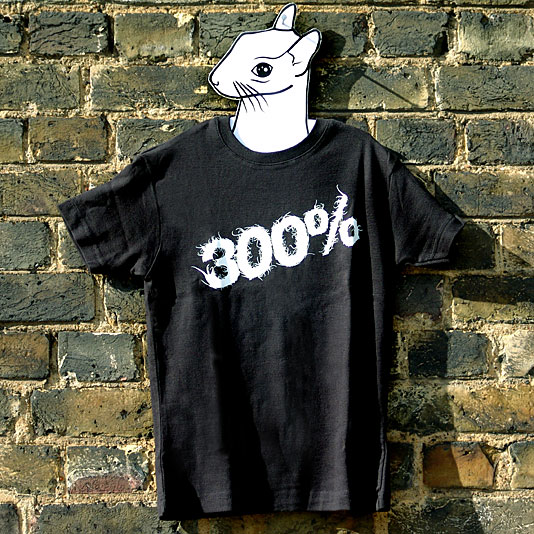 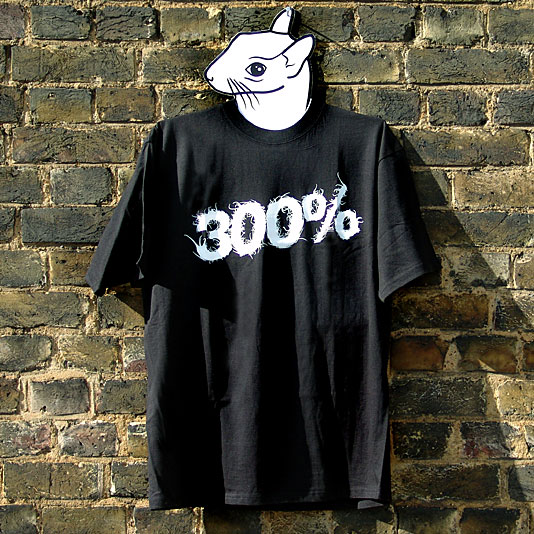 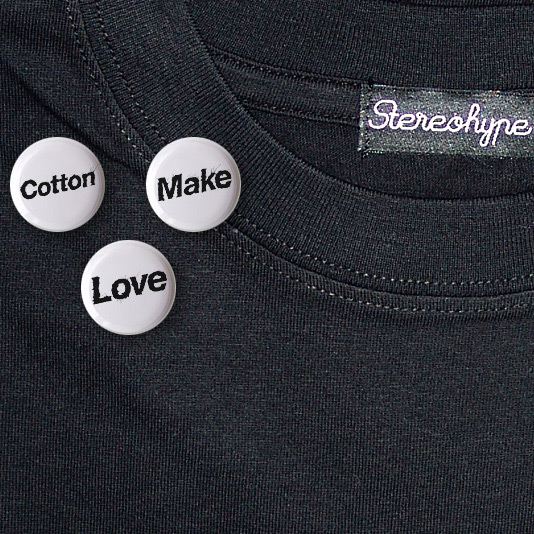 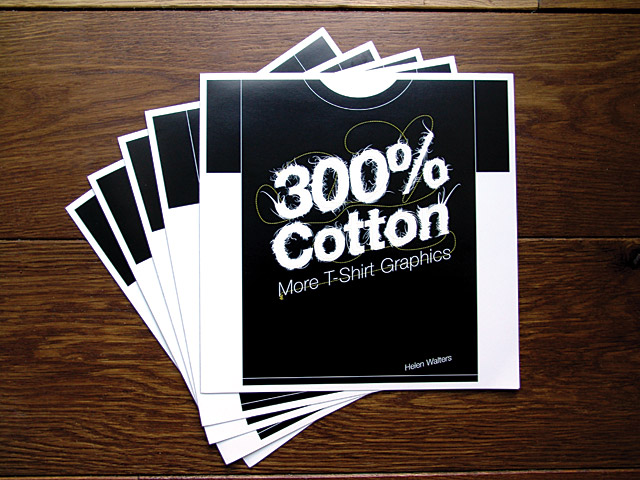 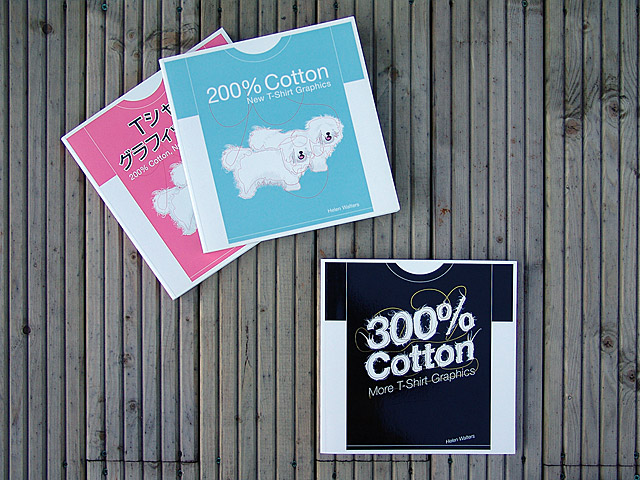 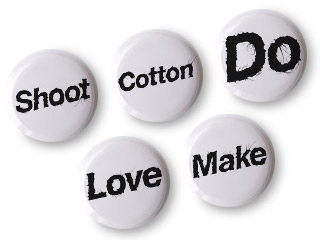 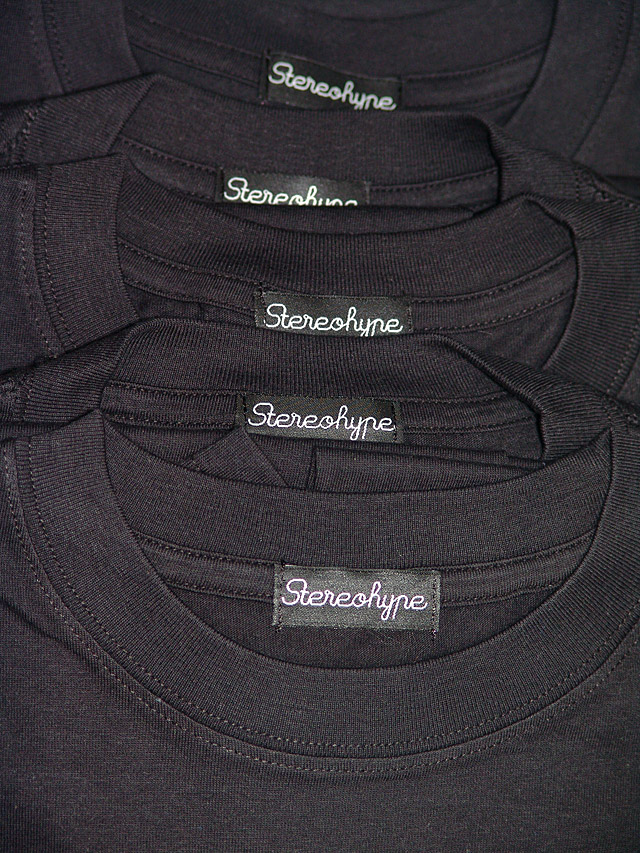 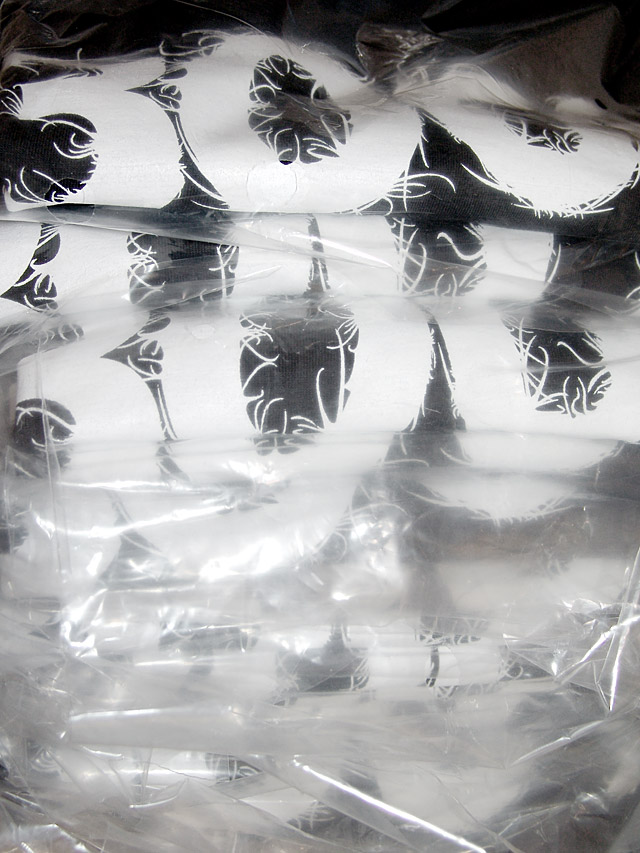 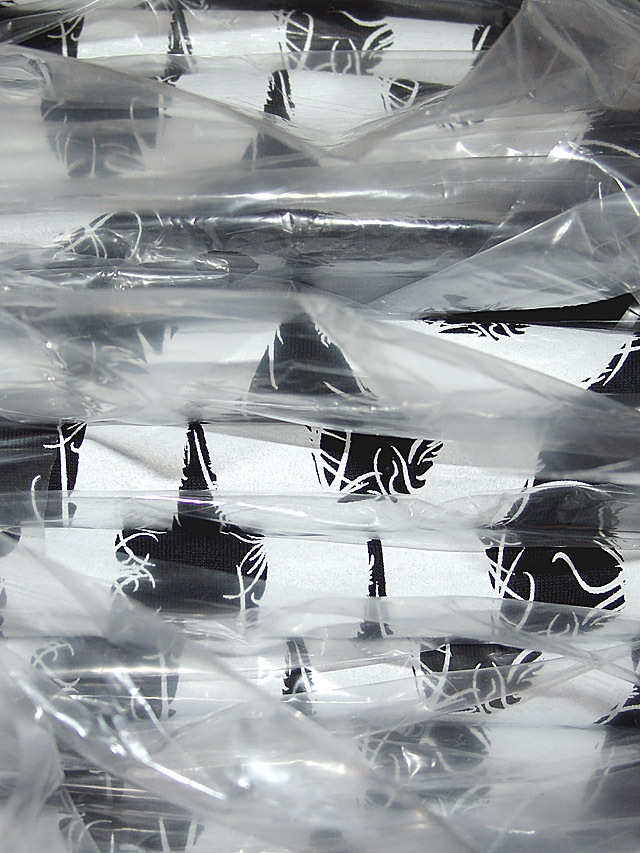