MATELSOM | METRO POSTER CAMPAIGN 2002
As part of the push to create an overall fresher, younger, much warmer and accessible feel and look for this French mattress and bed supplier FL@33 redesigned Matelsom's website (v.2) that was launched at the same time as the Metro poster campaign shown here. The posters appeared in Metro carriages across Paris and had a very positive impact on sales and company perception. The posters also explain that deliveries are made within 24 hours of ordering either online or via phone – a rather extraordinary service at the time for such bulky items. 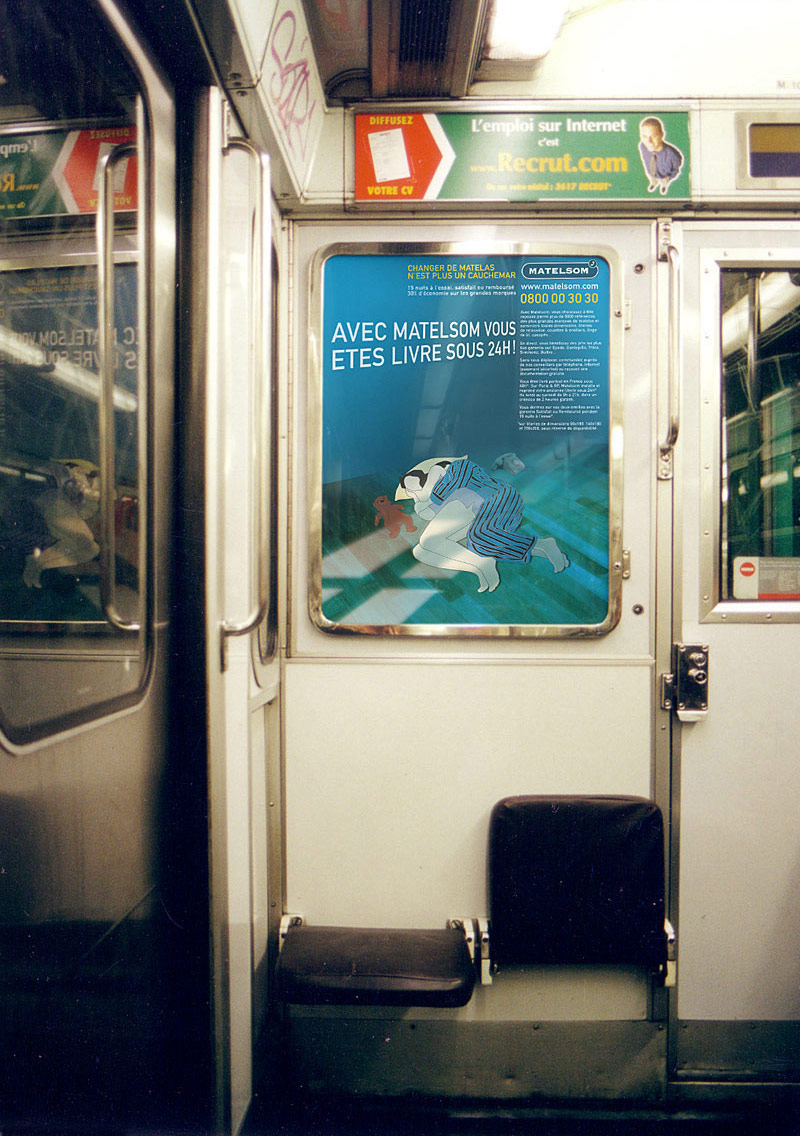 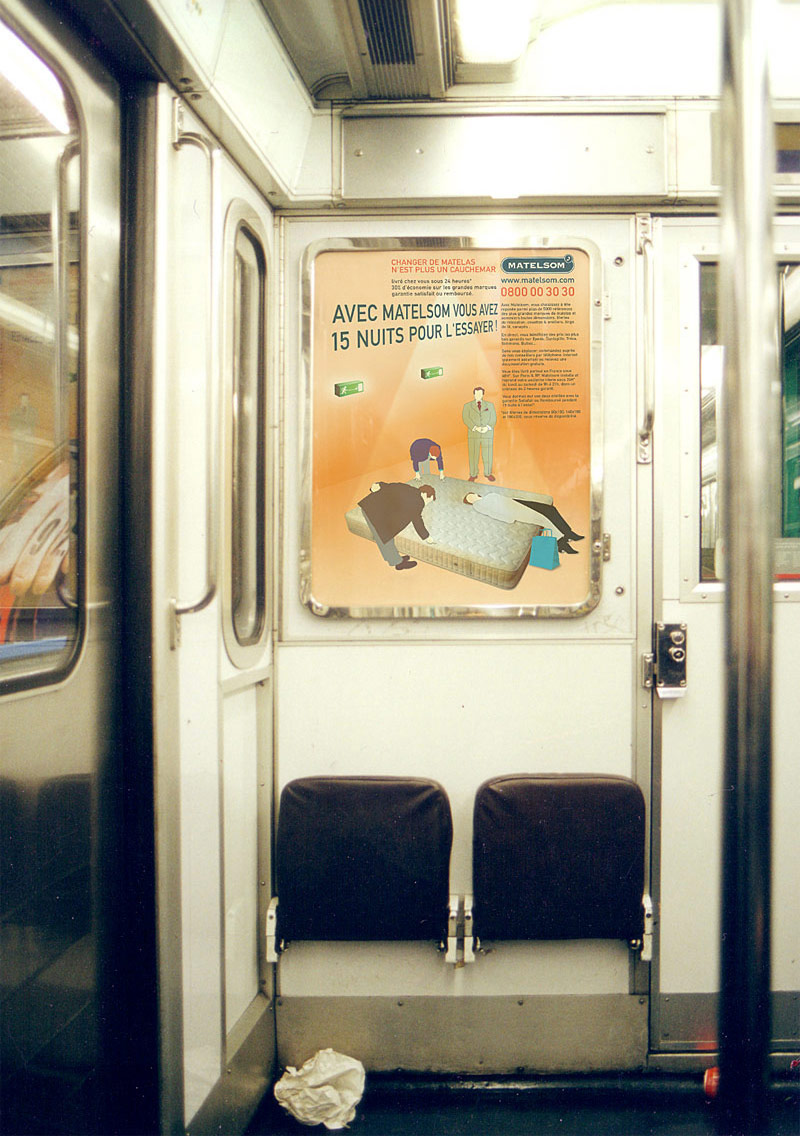 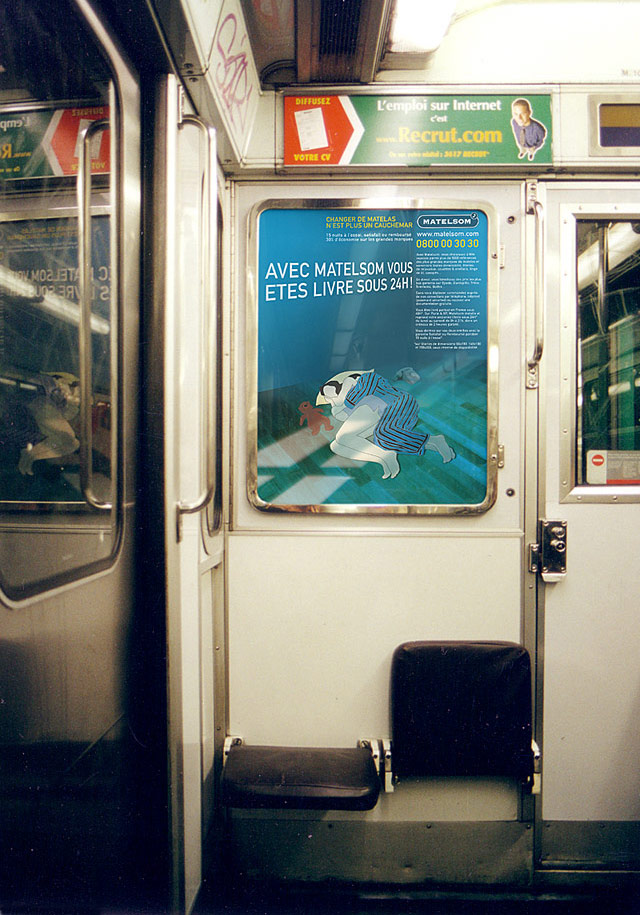 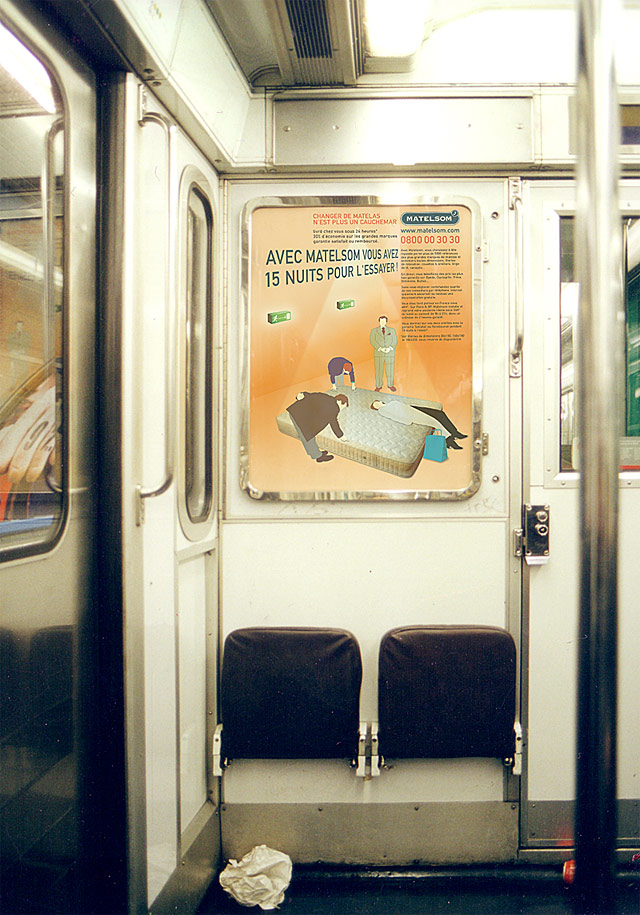