MATELSOM | E-COMMERCE WEBSITE (v.2)
We were commissioned by French firm Matelsom when we launched FL@33 in July 2001 to redesign their website. This new version (v.2) went live in autumn / winter 2001 at the same time the first FL@33-designed Matelsom Metro poster campaign was launched across Paris.
___ Screenshots of matelsom.com's redesigned website (v.2) – shown here – seem to have been taken from the site sometime in the winter of the following year – after – the new FL@33-designed Matelsom logo, housefont and illustrations were integrated into the v.2 website.
___ Using rather tricky (at the time) mask layers above the vast range of otherwise rectangular product pictures allowed for the photographs to be shown in a circle – not an obvious effect to achieve for product-heavy online shops in those days. Introducing illustrations, softer pastel colours and softer, rounder shapes and circles helped to create a warmer, more cosy atmosphere for this mattress and bed supplier. 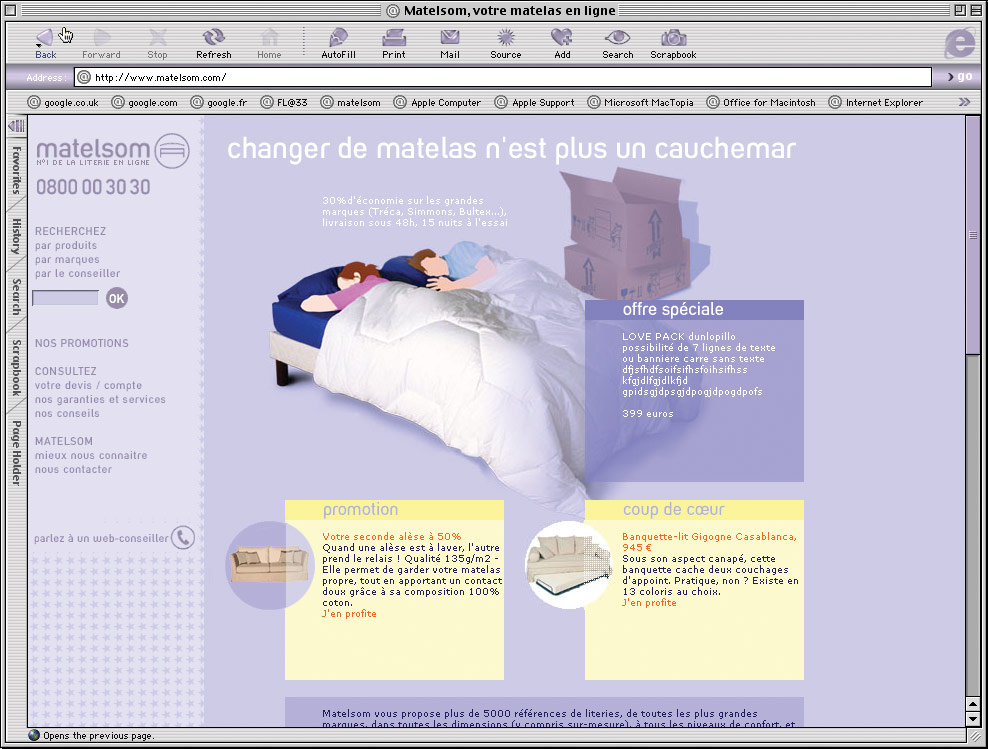 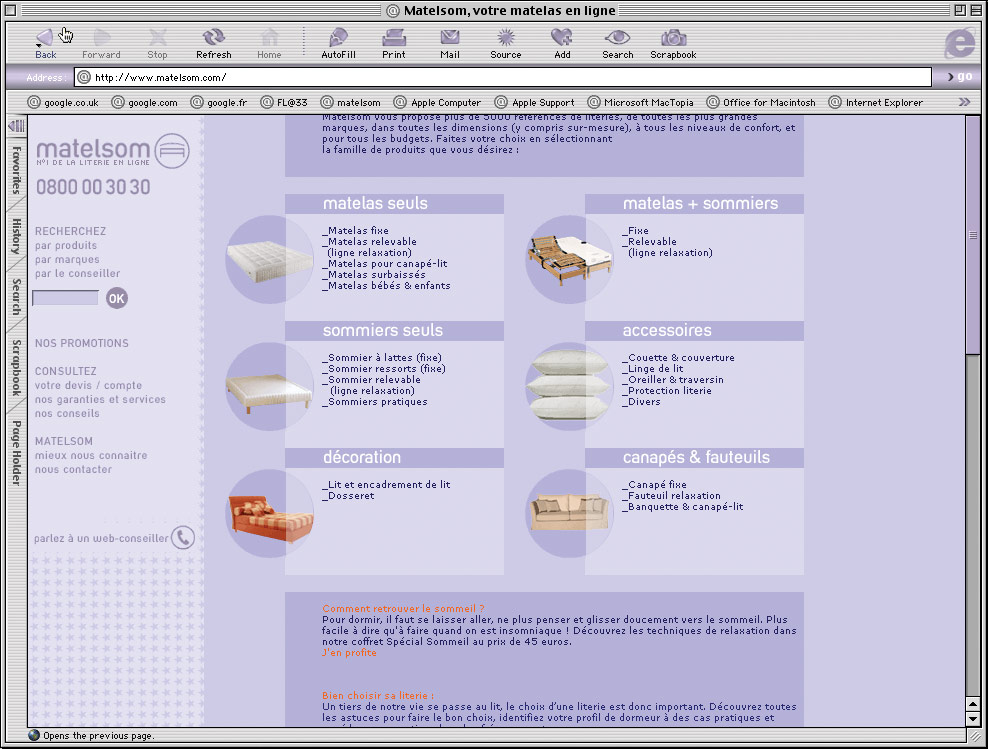 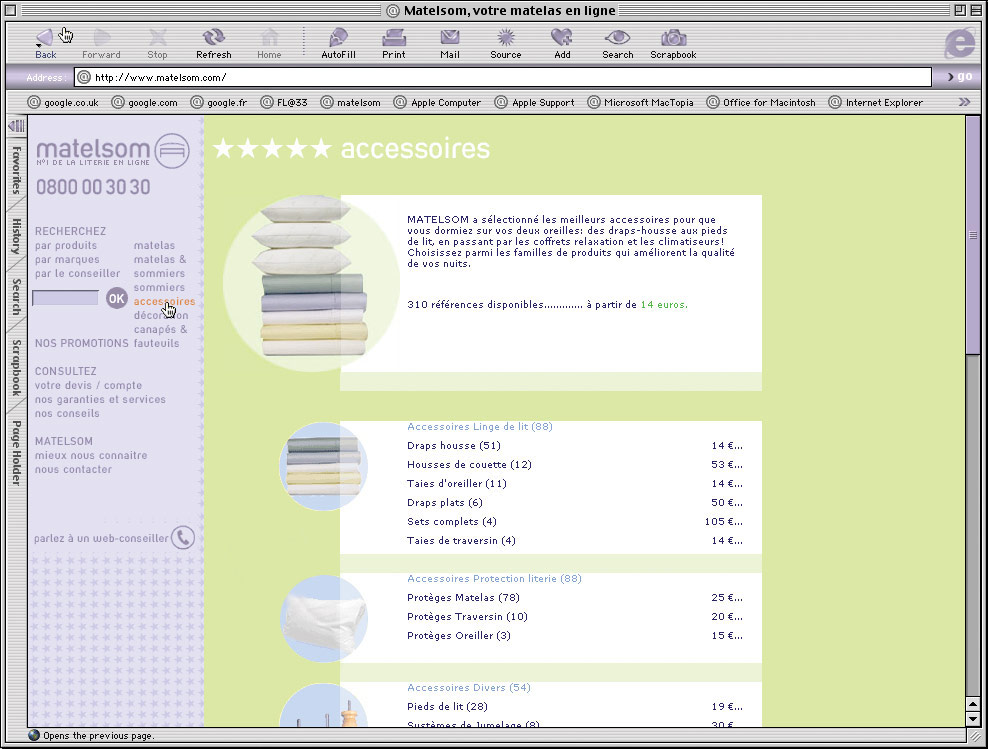 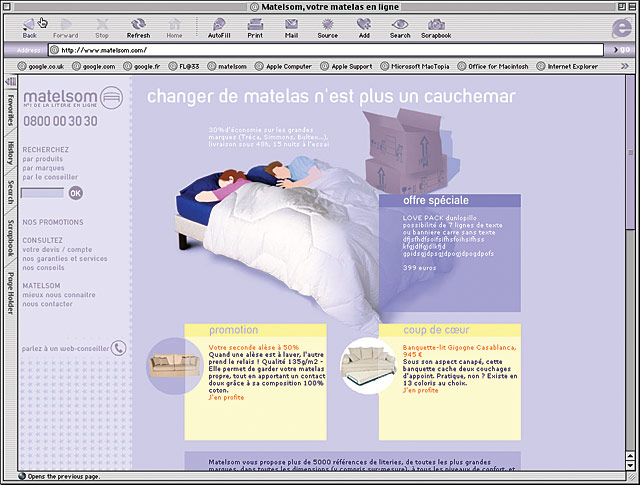 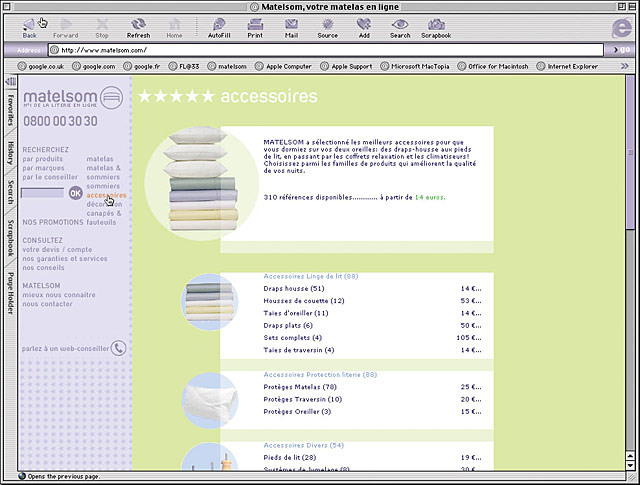