THE 3D TYPE BOOK | MICROSITE
The 3D Type Book is the third book conceived, compiled, written and designed by Agathe Jacquillat and Tomi Vollauschek at London-based design studio FL@33.
___ Similar to FL@33's previous books Postcard (2008) and Made & Sold (2009) we also created a dedicated website for The 3D Type Book (2011).
___ The iPhone-friendly microsite 3d-type.com features details and additional info on this book including the complete list of contributors, publishers' contact details etc. The HD preview video created for the website has now also been posted here at flat33.com. 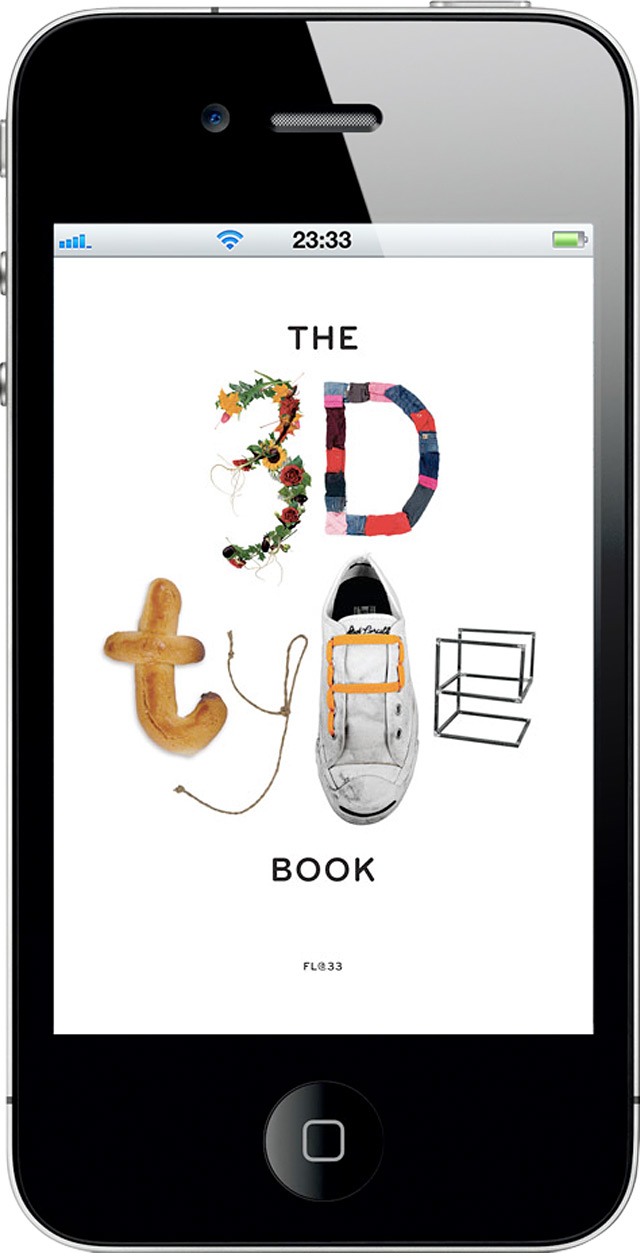 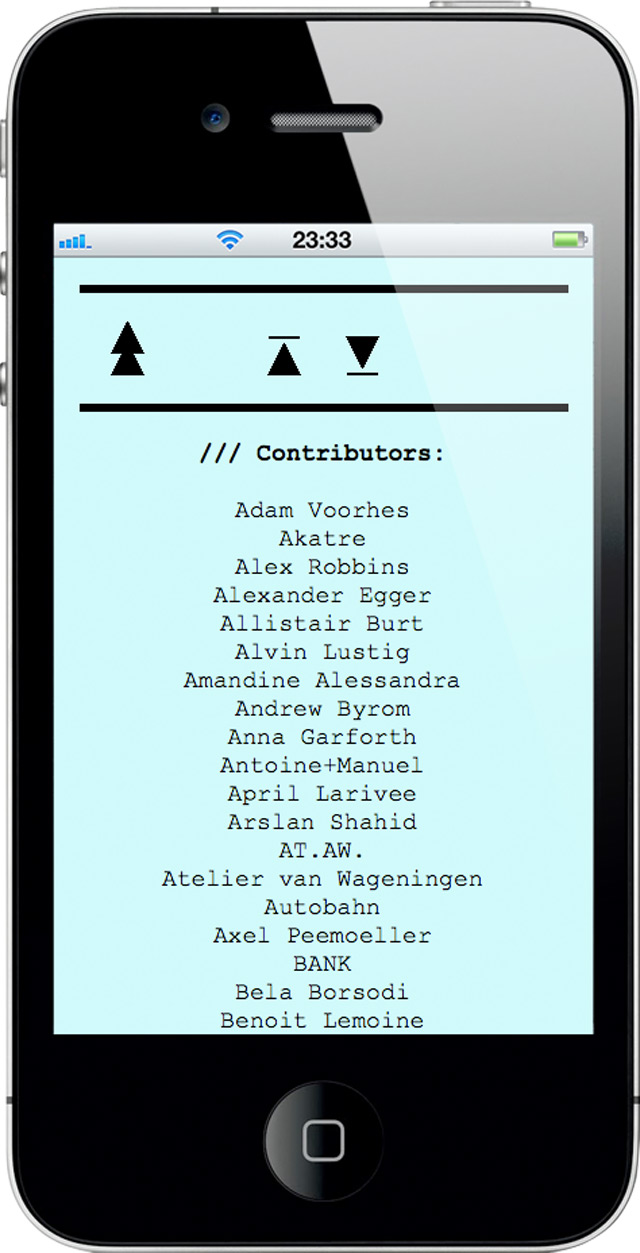 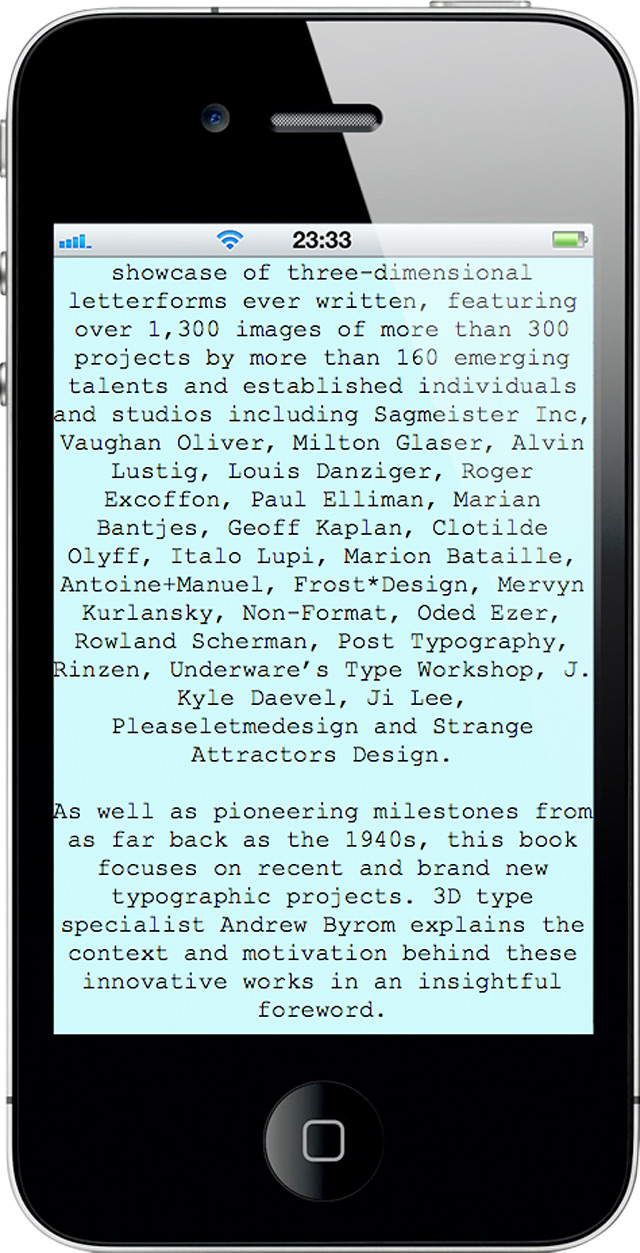 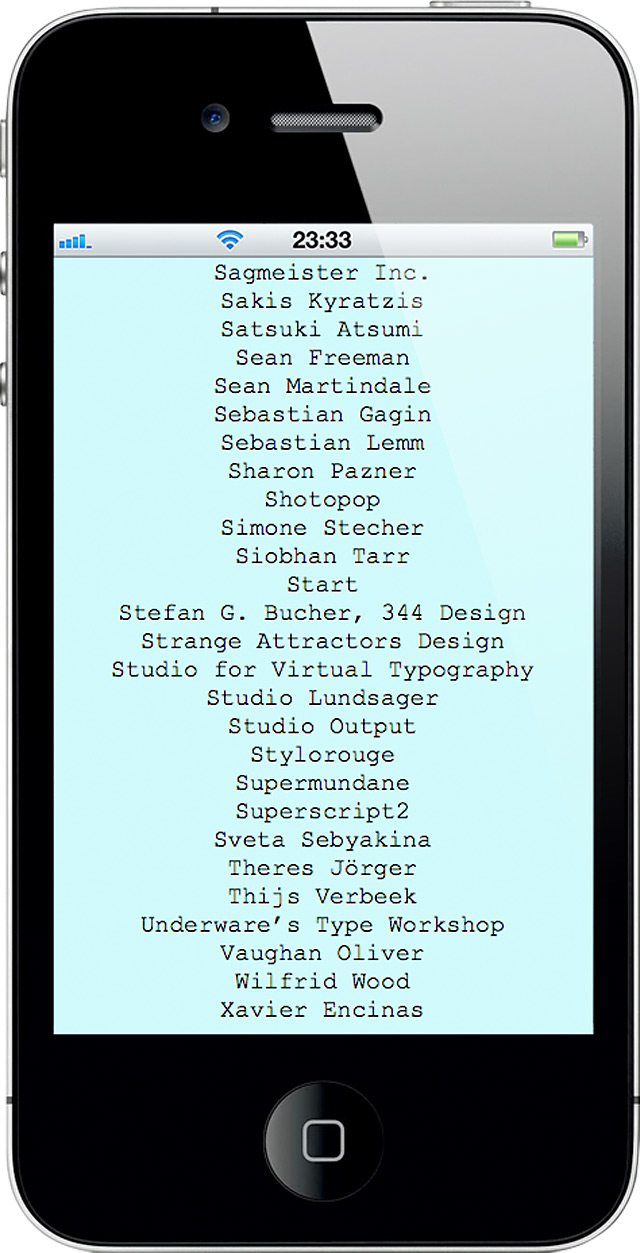 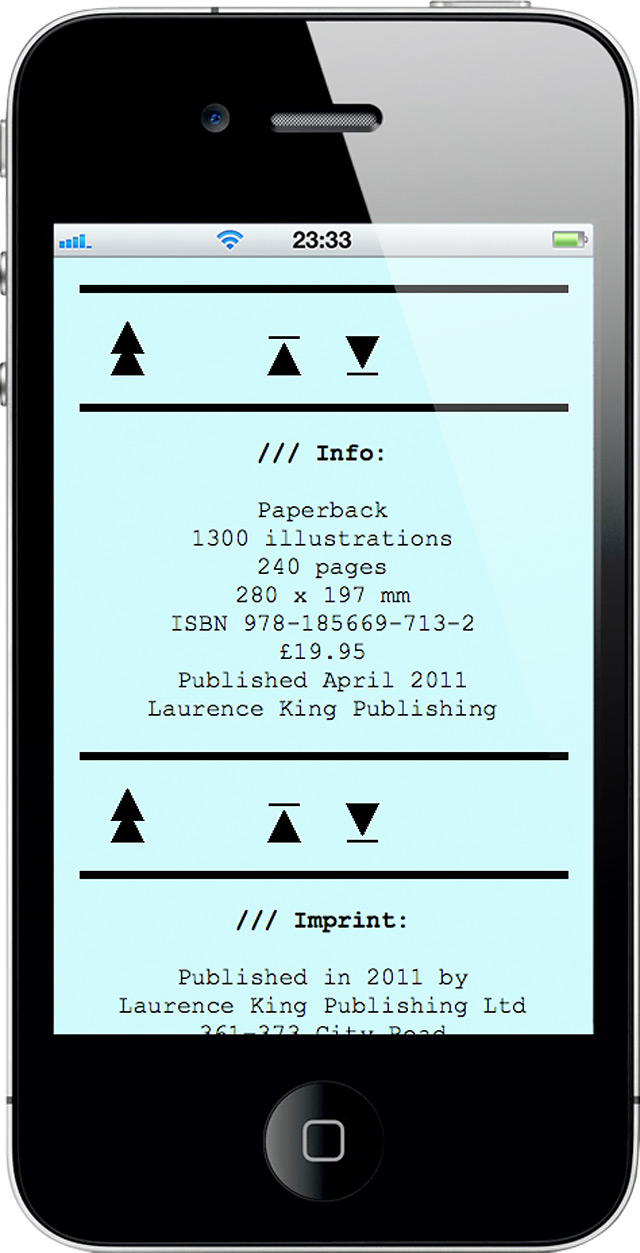 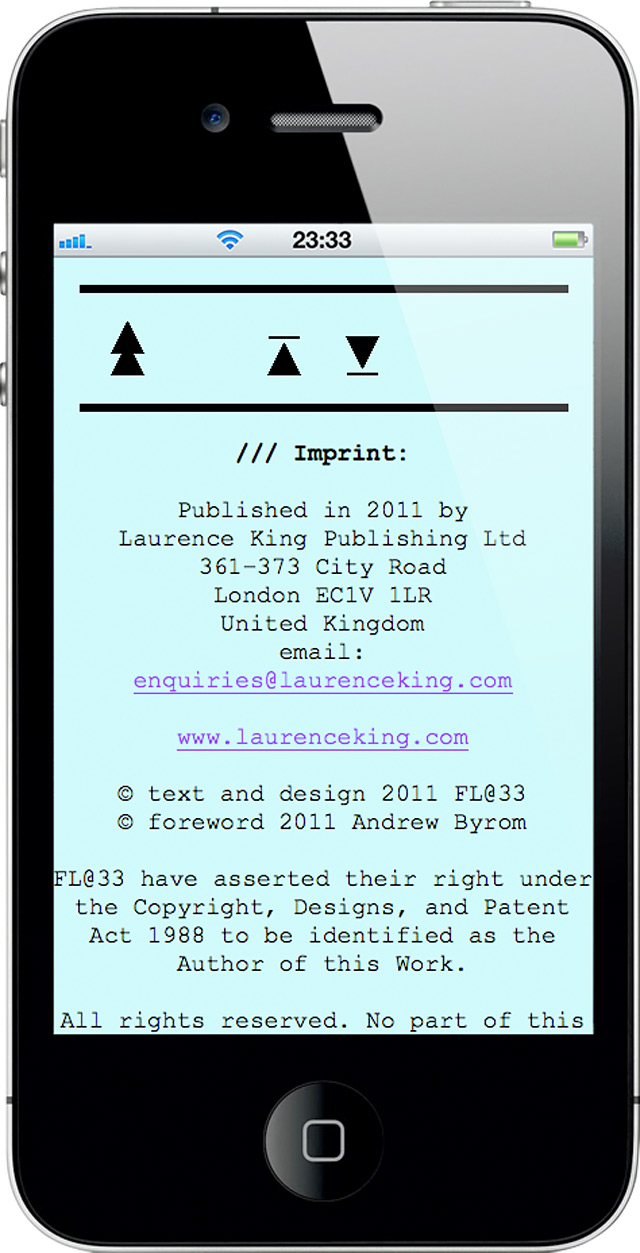 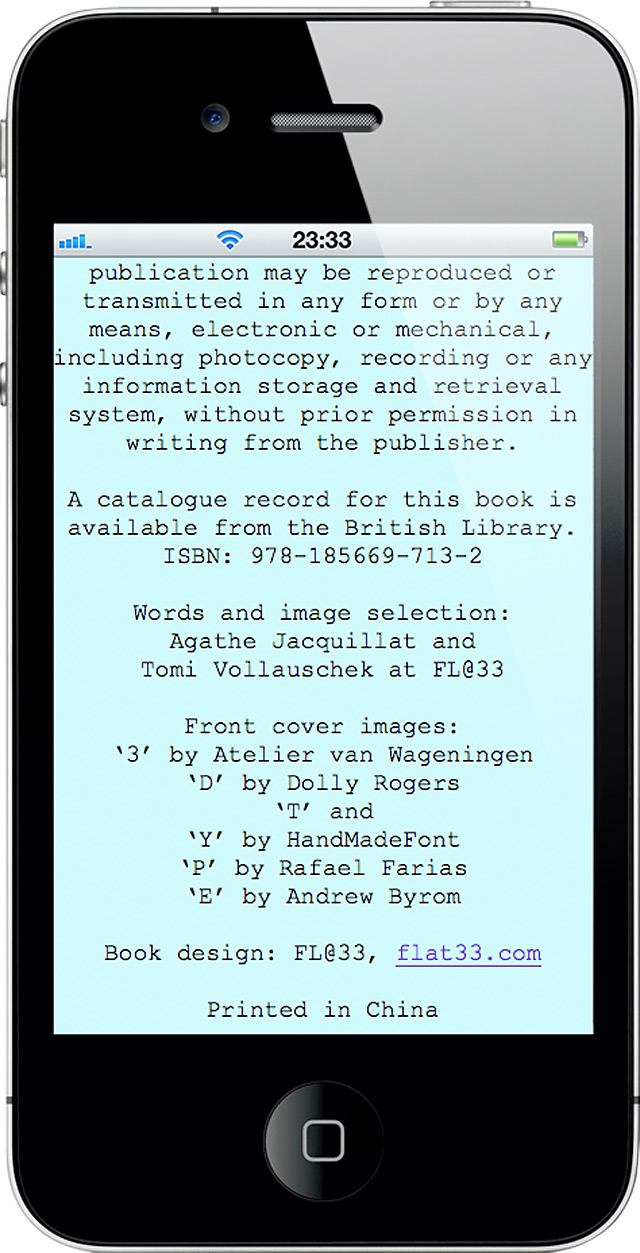 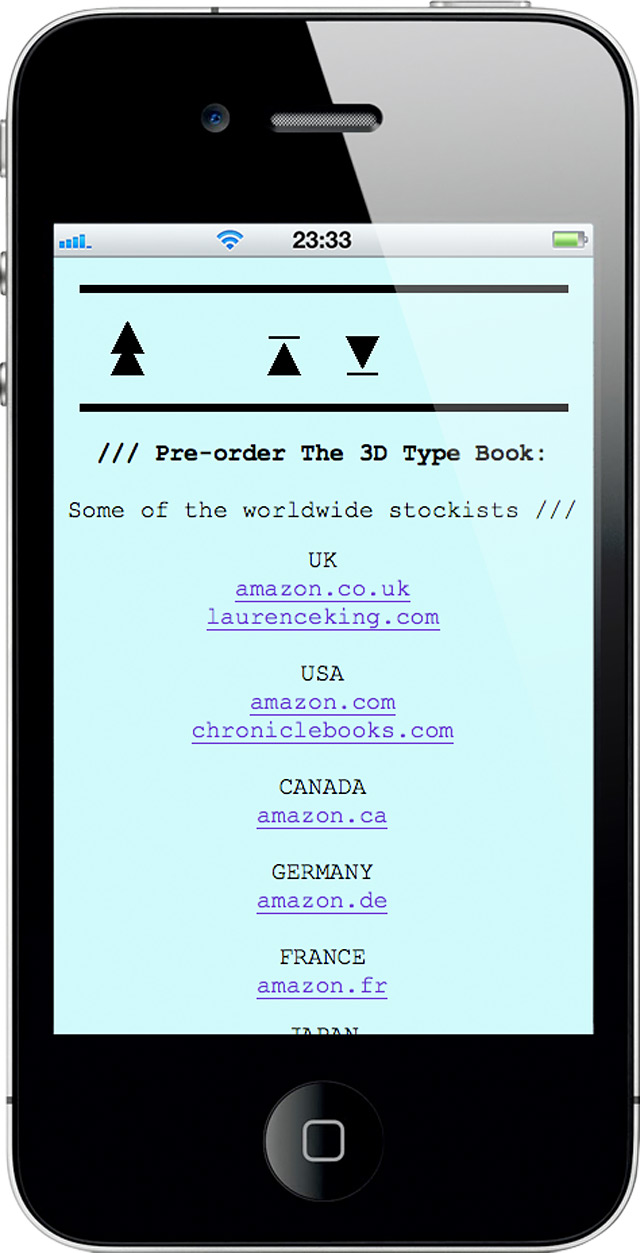 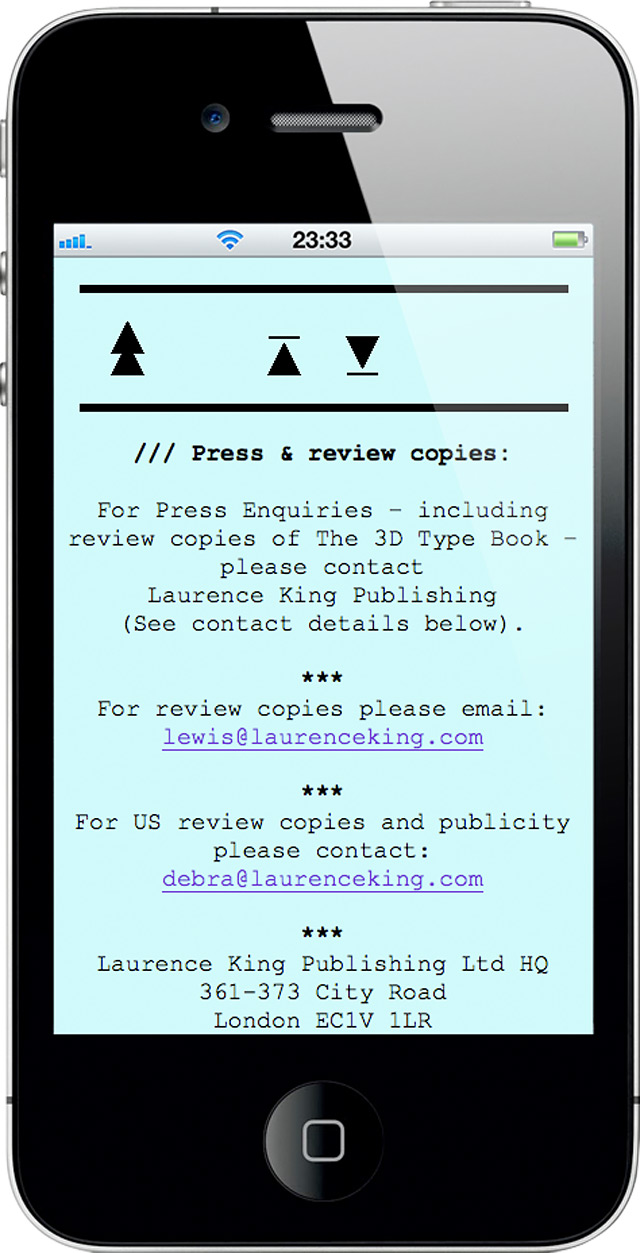 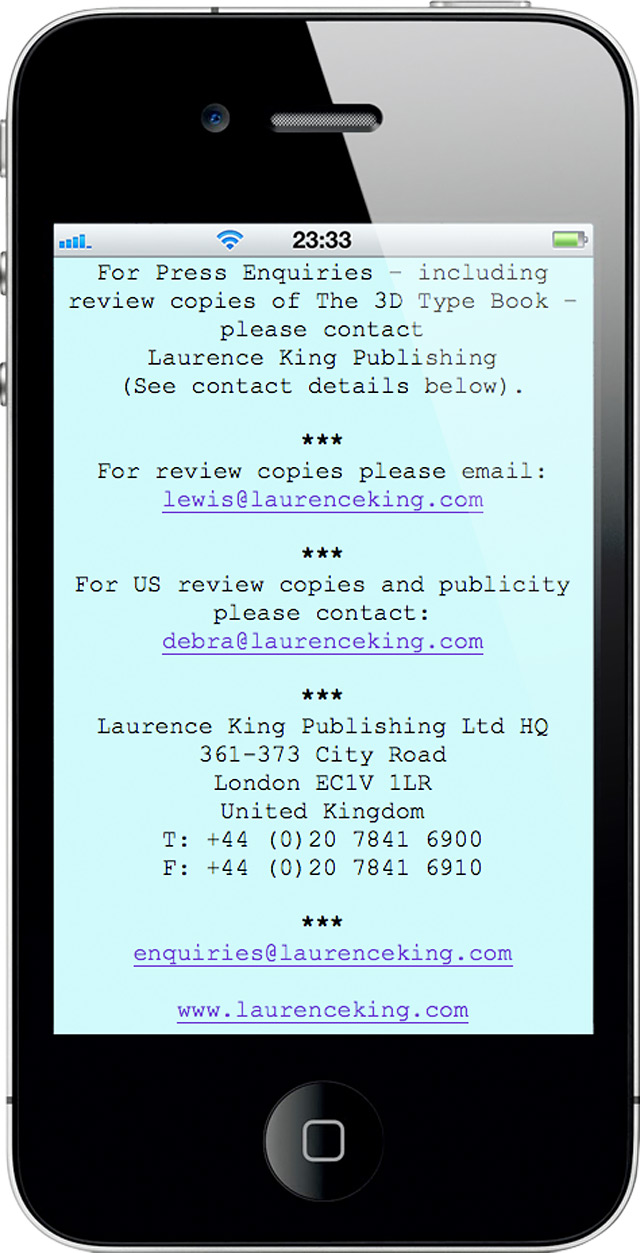 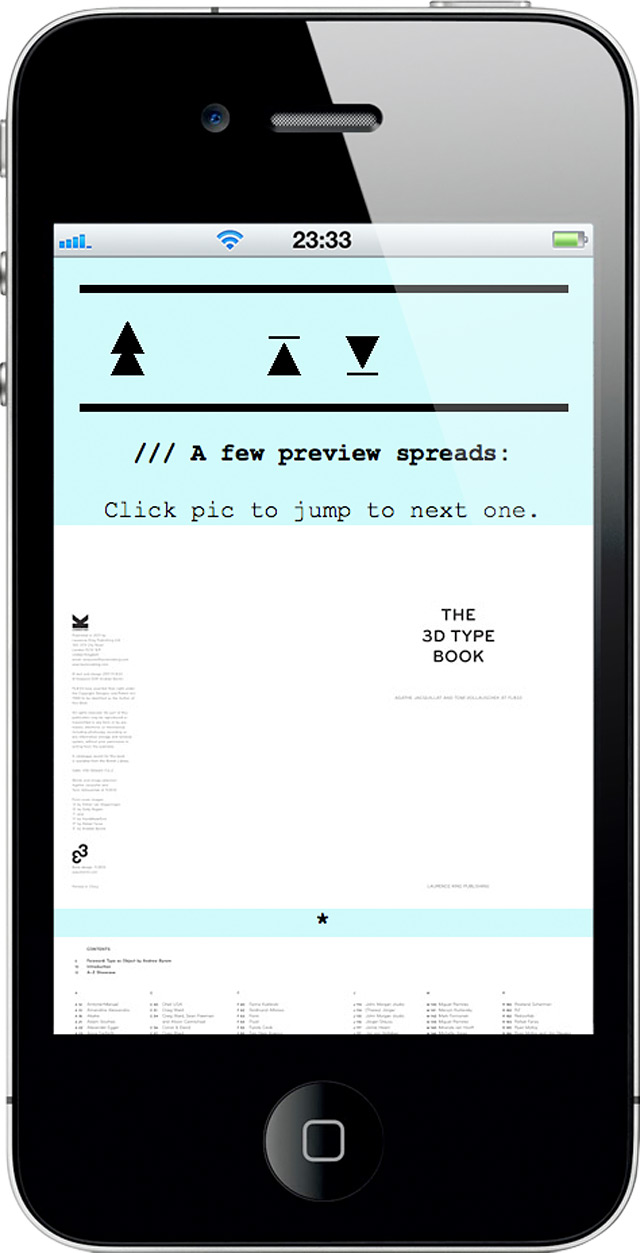 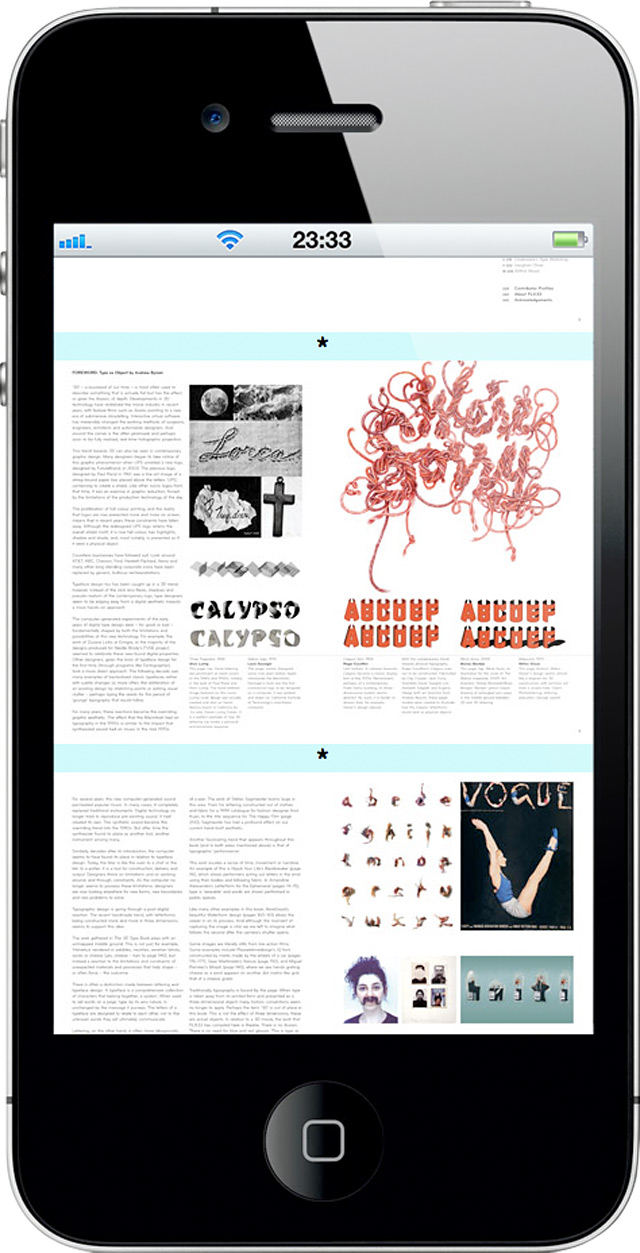 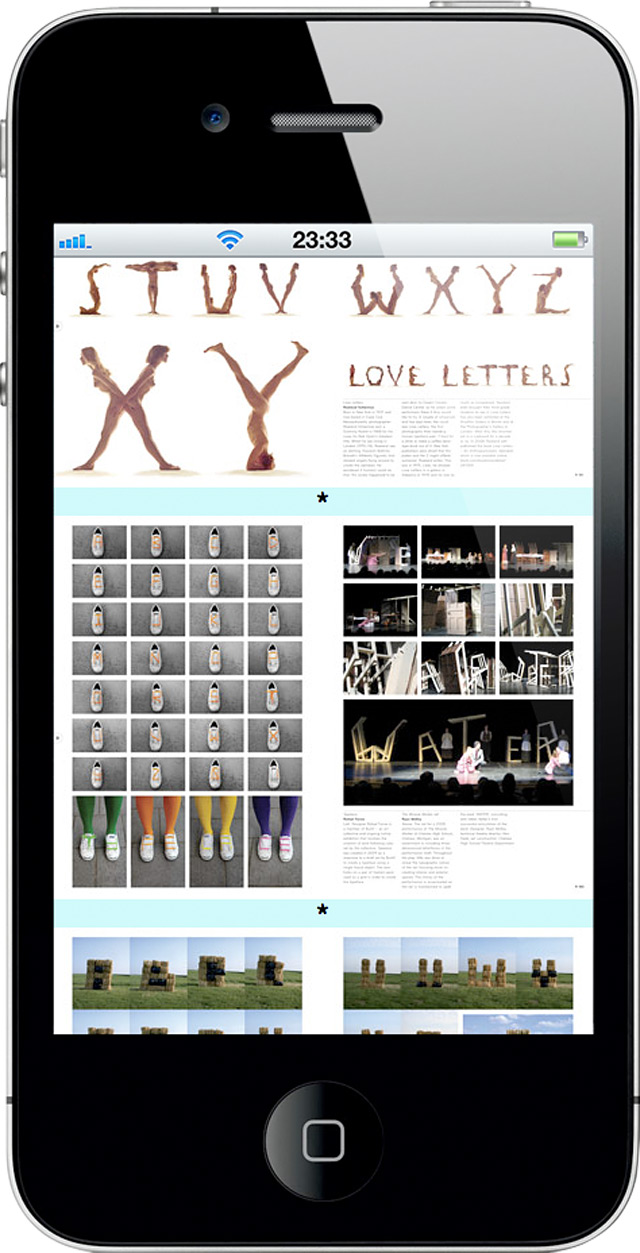 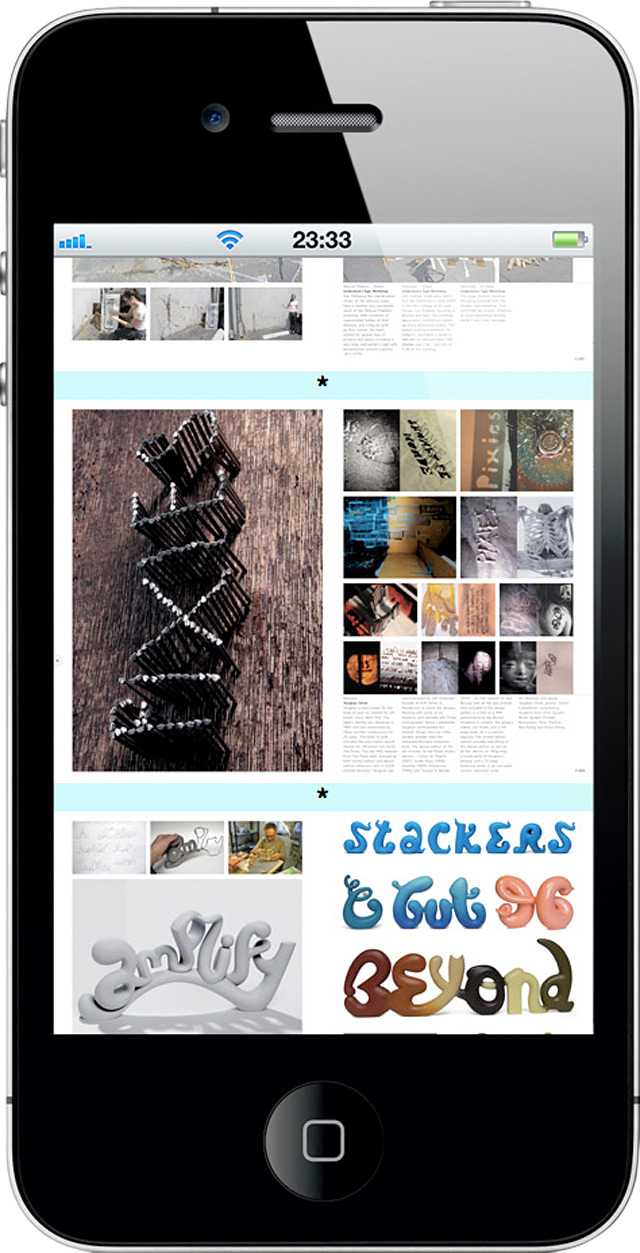 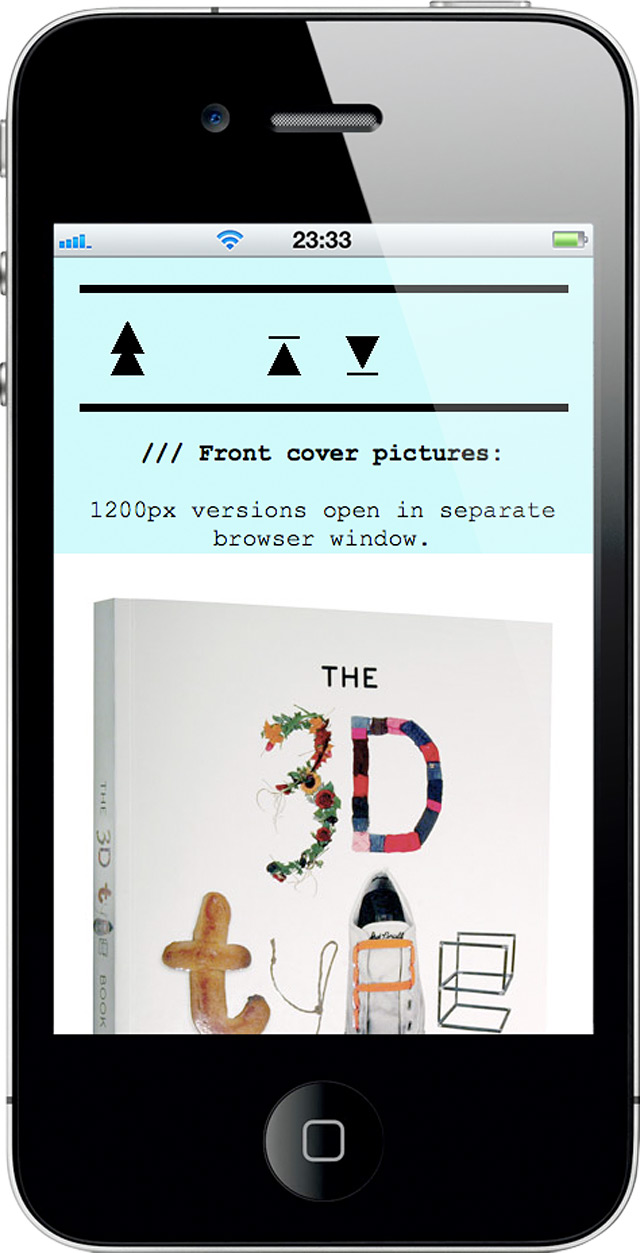 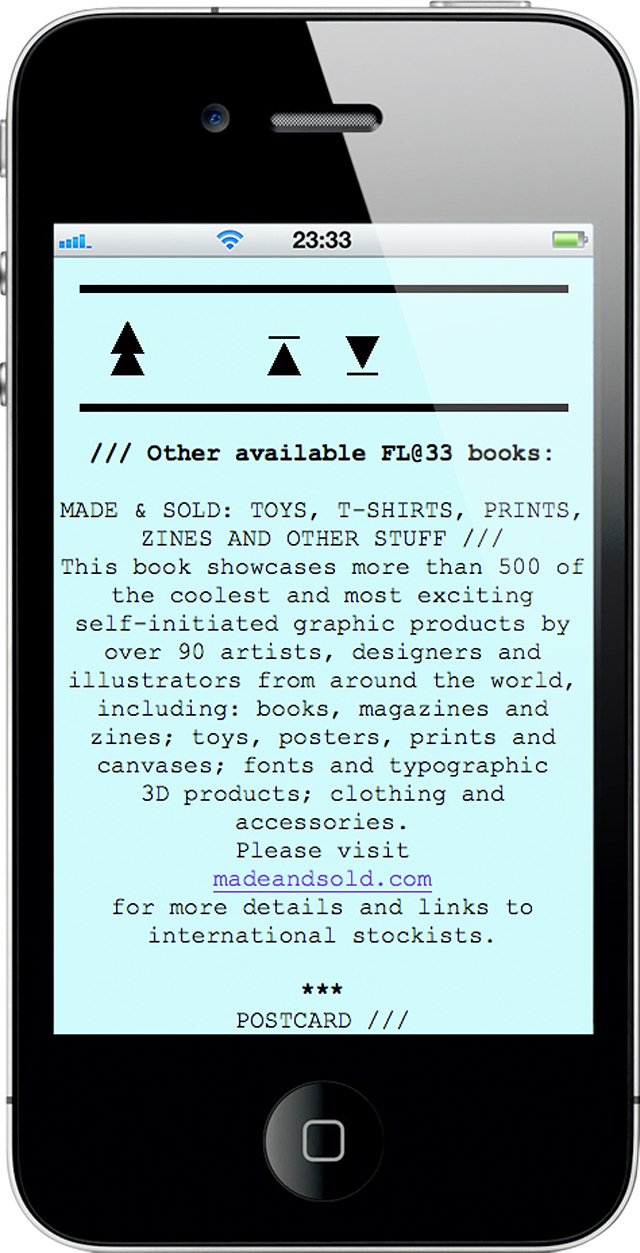 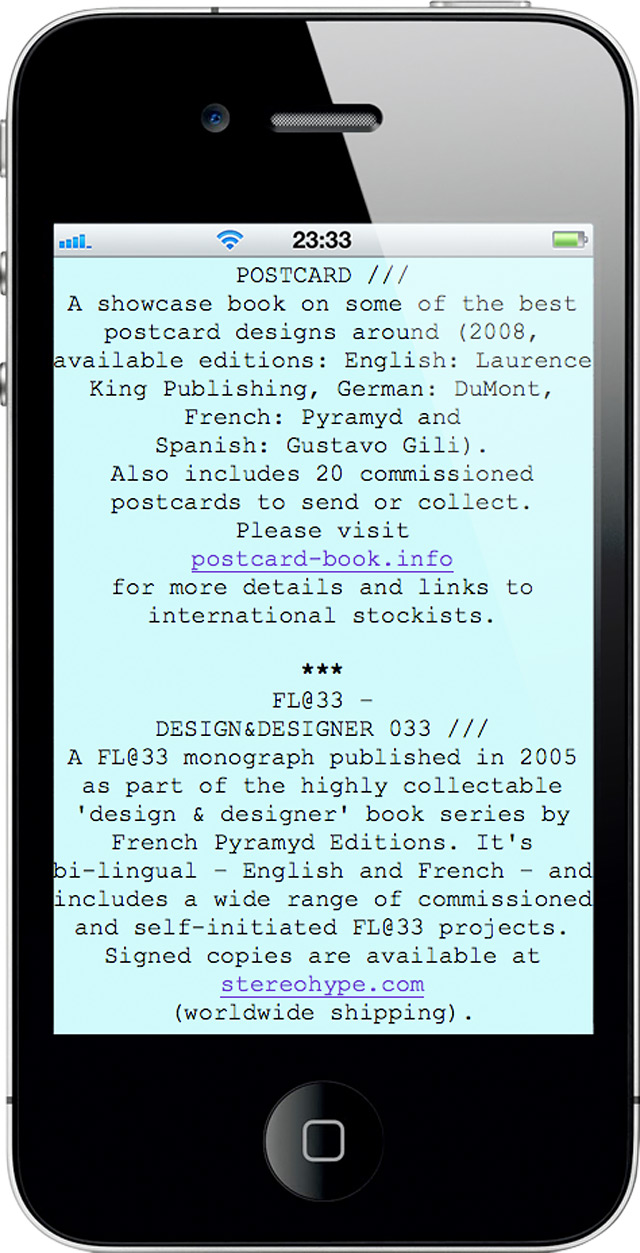 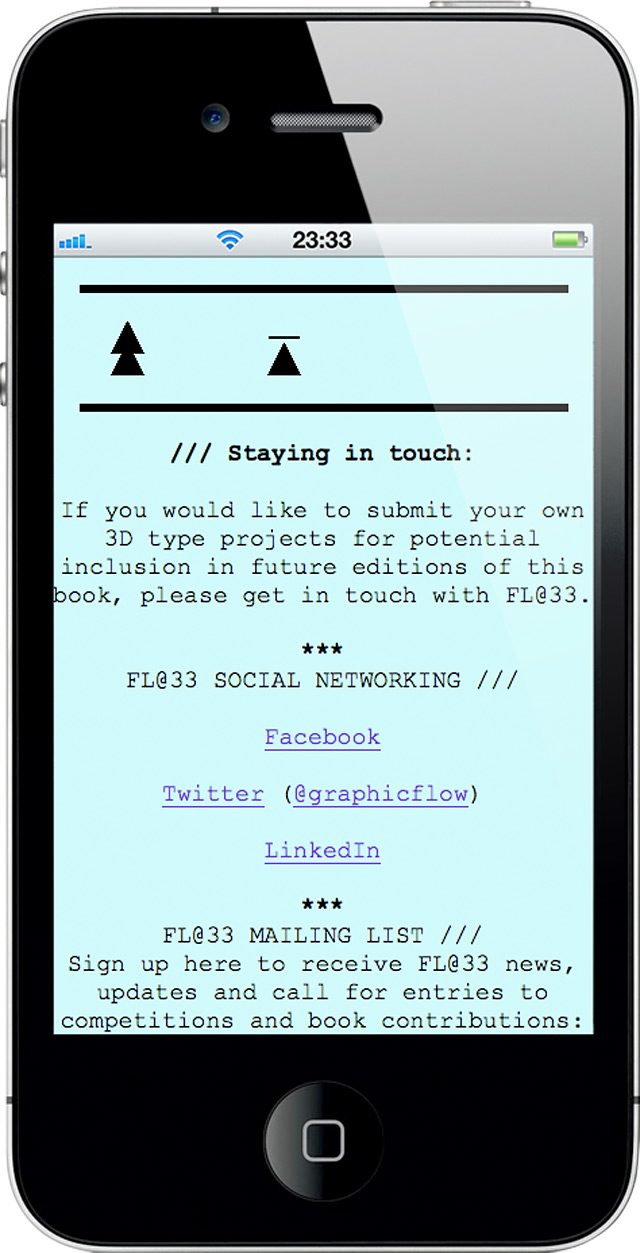 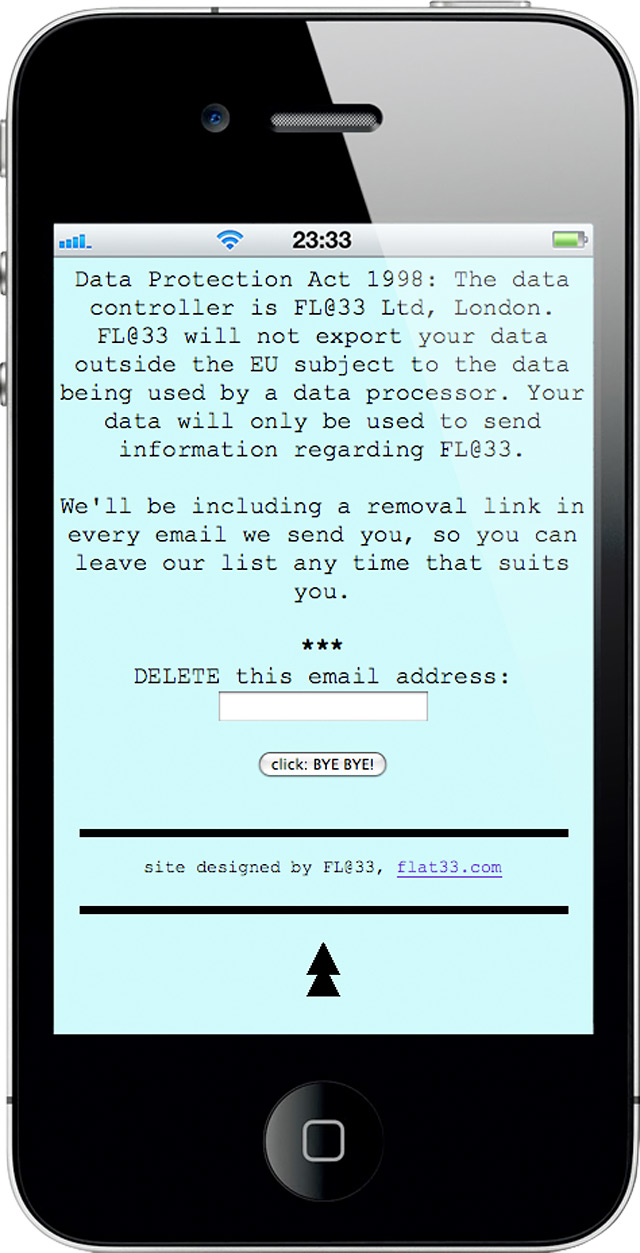 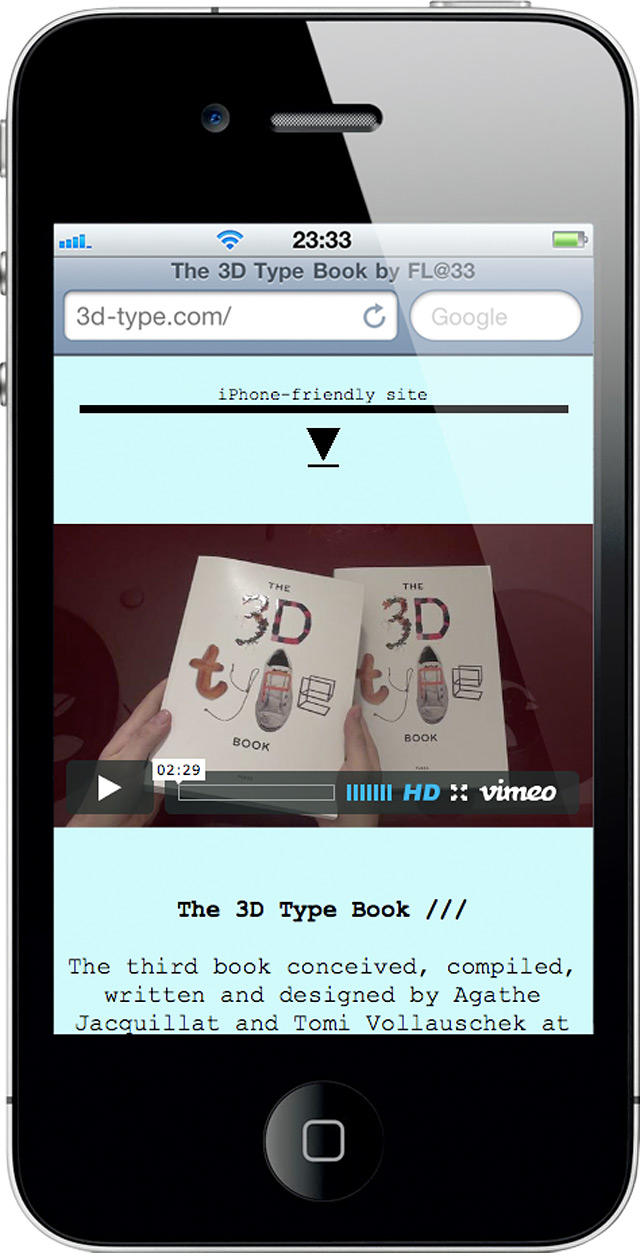 March 21st, 2017 — We managed to get our hands on a few of the remaining mint US copies of FL@33's The 3D Type Book. A few signed copies are available at stereohype.com.

September 27th, 2011 — A very nice review of our The 3D Type Book appeared in Dutch newspaper De Volkskrant earlier this month and a kind stranger let us know today and emailed us a scan.