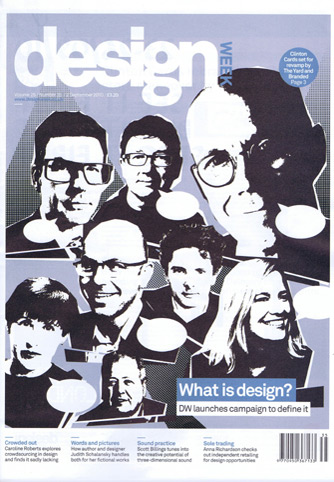 DESIGN WEEK | 2 SEPTEMBER 2010
Stereohype (((FL@33's sister company))) has created a range of themed button badges for Habitat stores in the UK and France. The badges have been created by designers including Sarah Boris, David Foldvari and Kate Forrester. 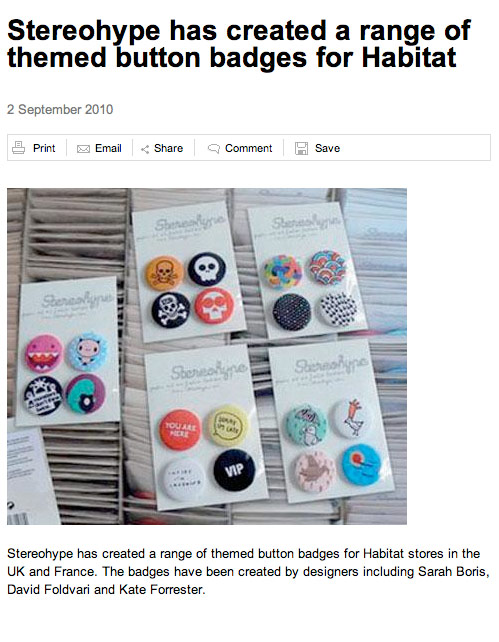