OTHER PACKAGING SOLUTIONS
Various other packaging solutions that FL@33 developed for the graphic art label include Stereohype's sophisticated 15th anniversary matchbox-style gift boxes. These come in three different sizes and are for 3–25 button badges. The smallest of them – (Artist/Themed) Gift Boxes: 3–4 button badges – replaced the sets of three or four swing tag packs used during the first 15 years of Stereohype. Additional FL@33-designed packaging designs for Stereohype include A Few Of My favourite Sneakers (AFOMFS) limited edition gift boxes, AFOMFS series shoelace packaging and last but not least the themed sets of four for Habitat. 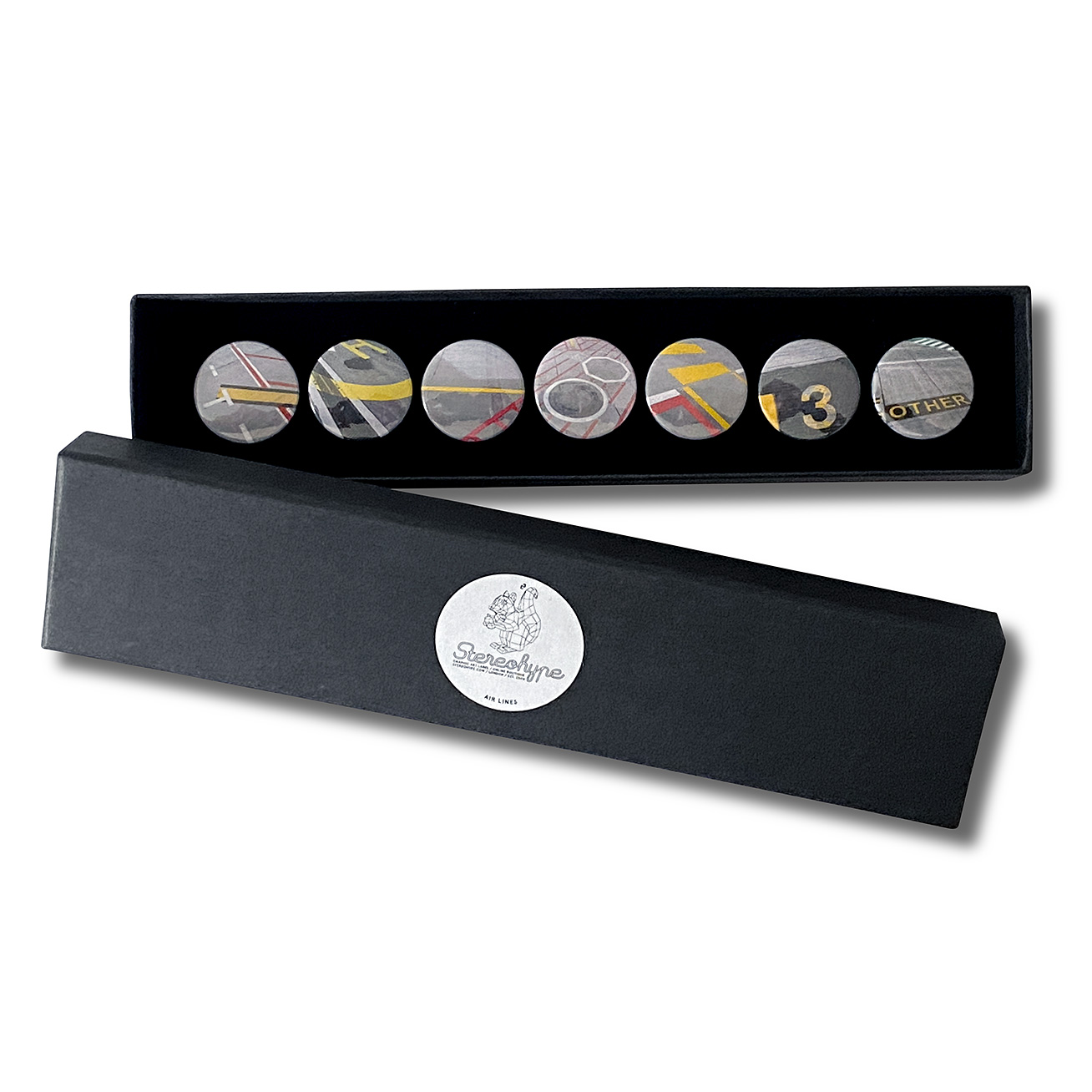 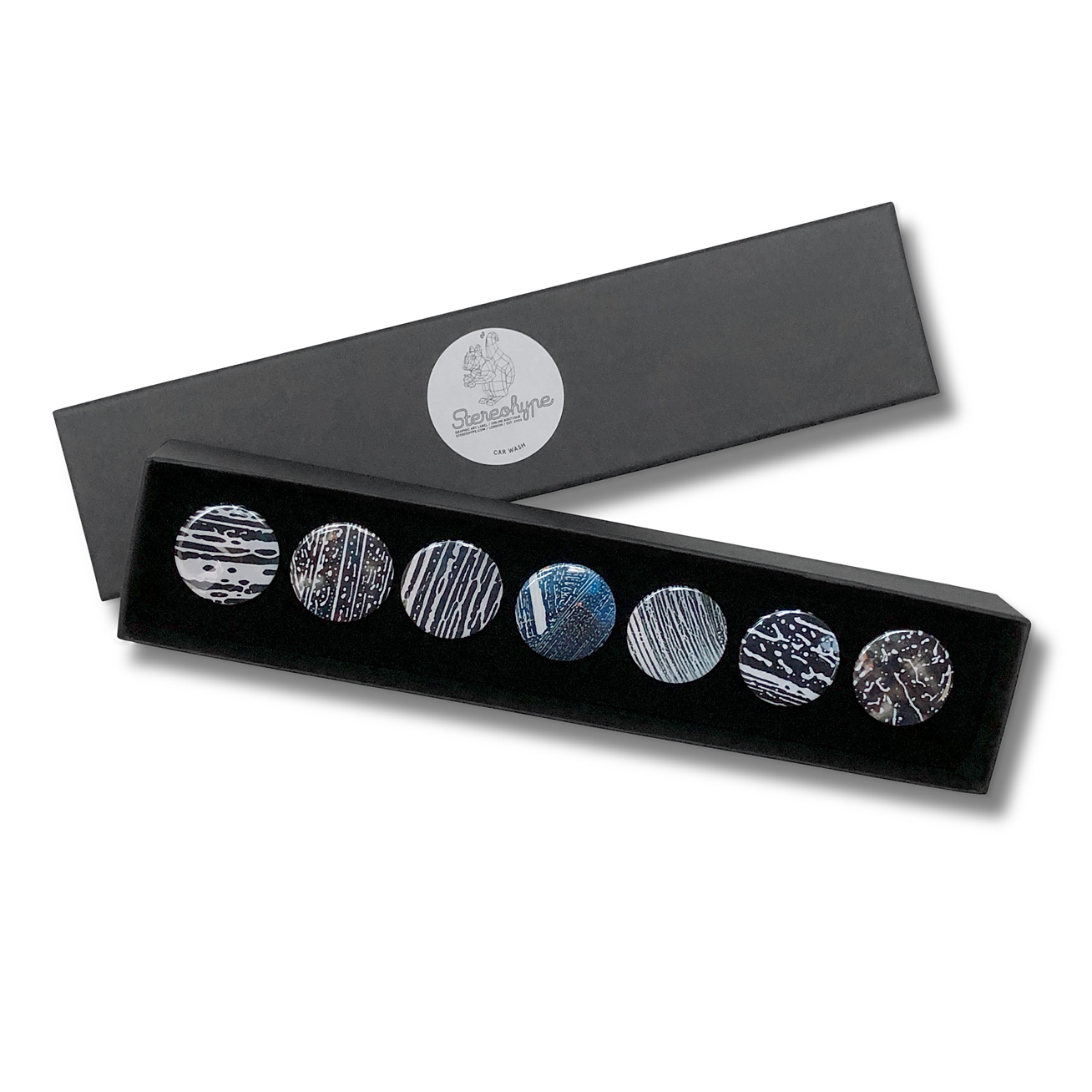 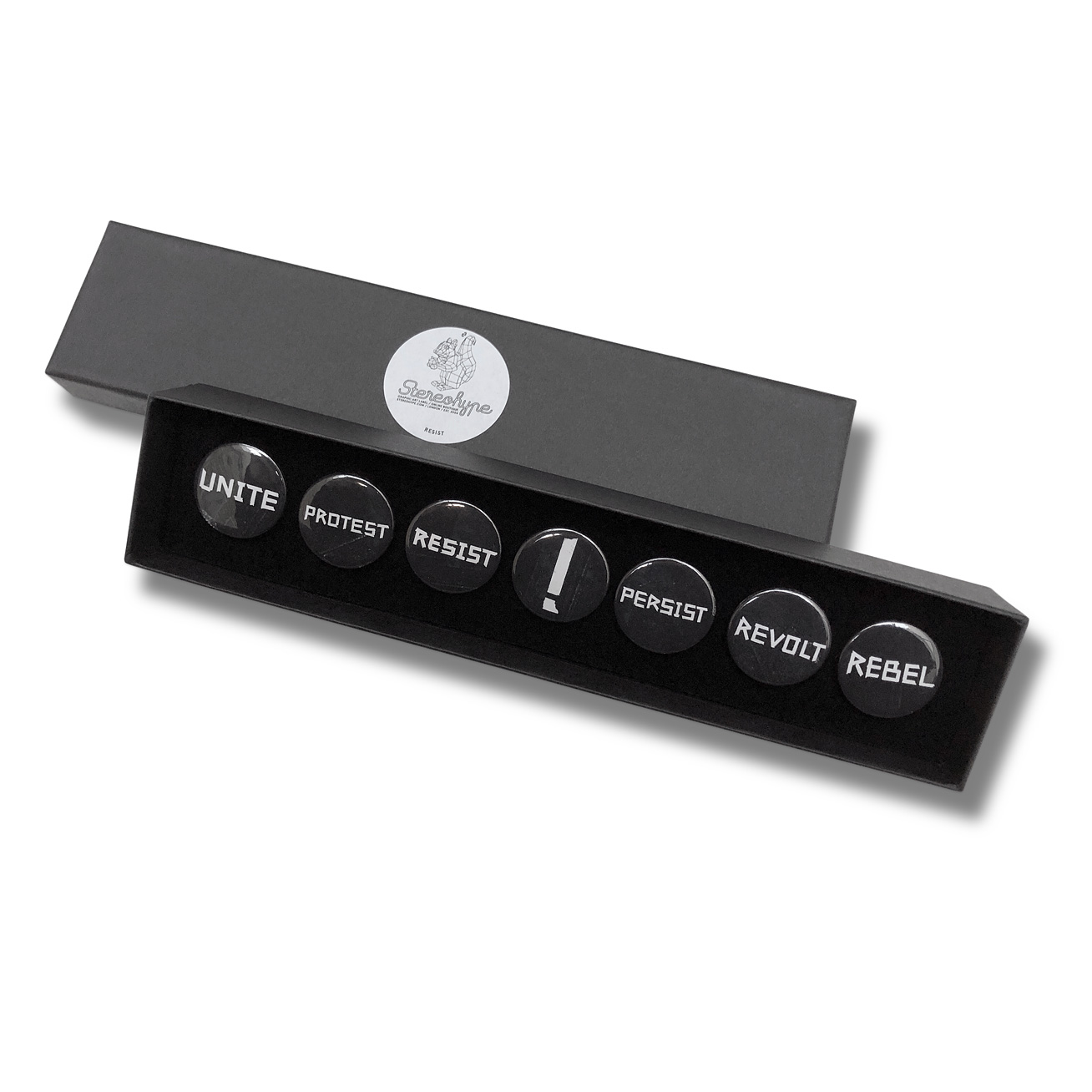 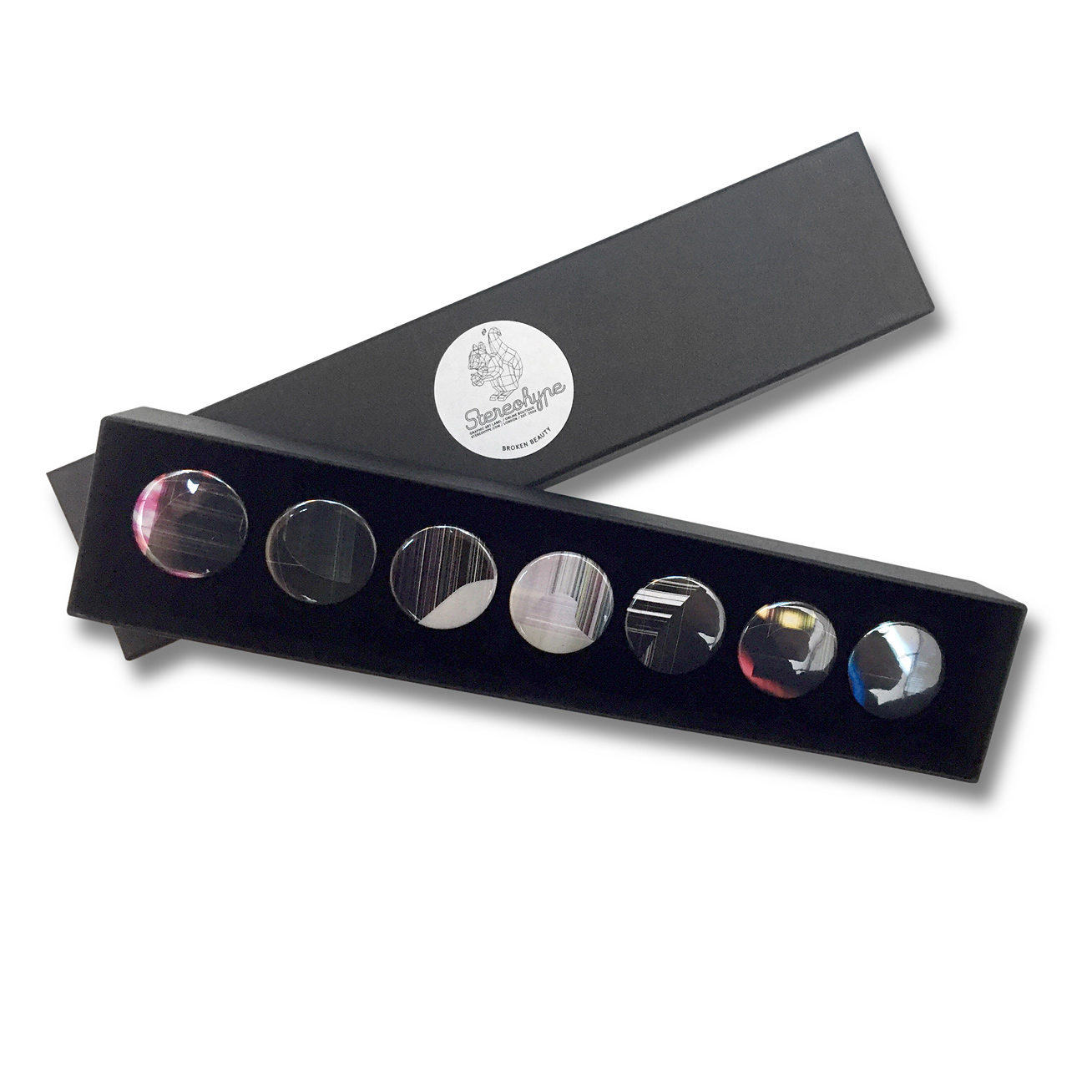 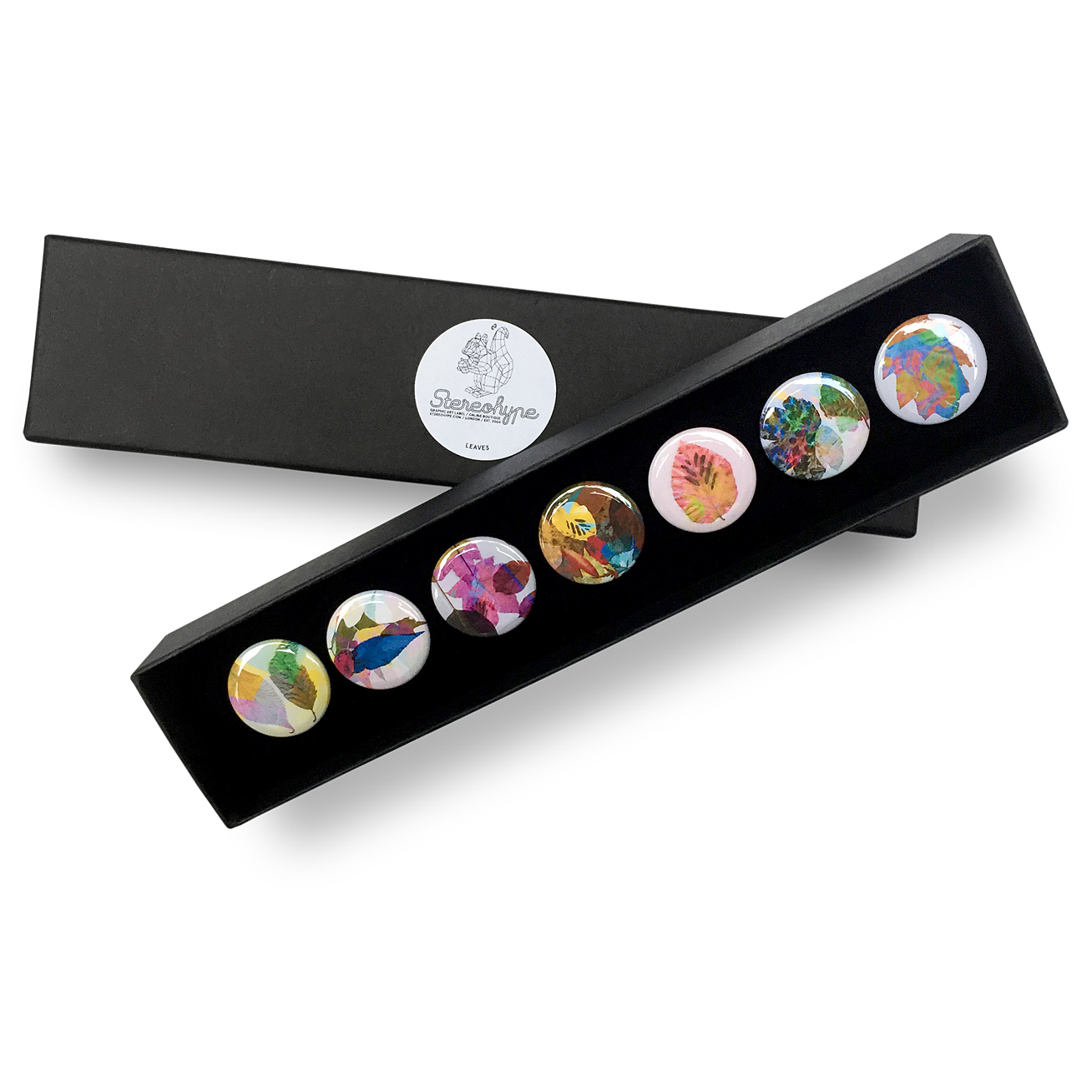 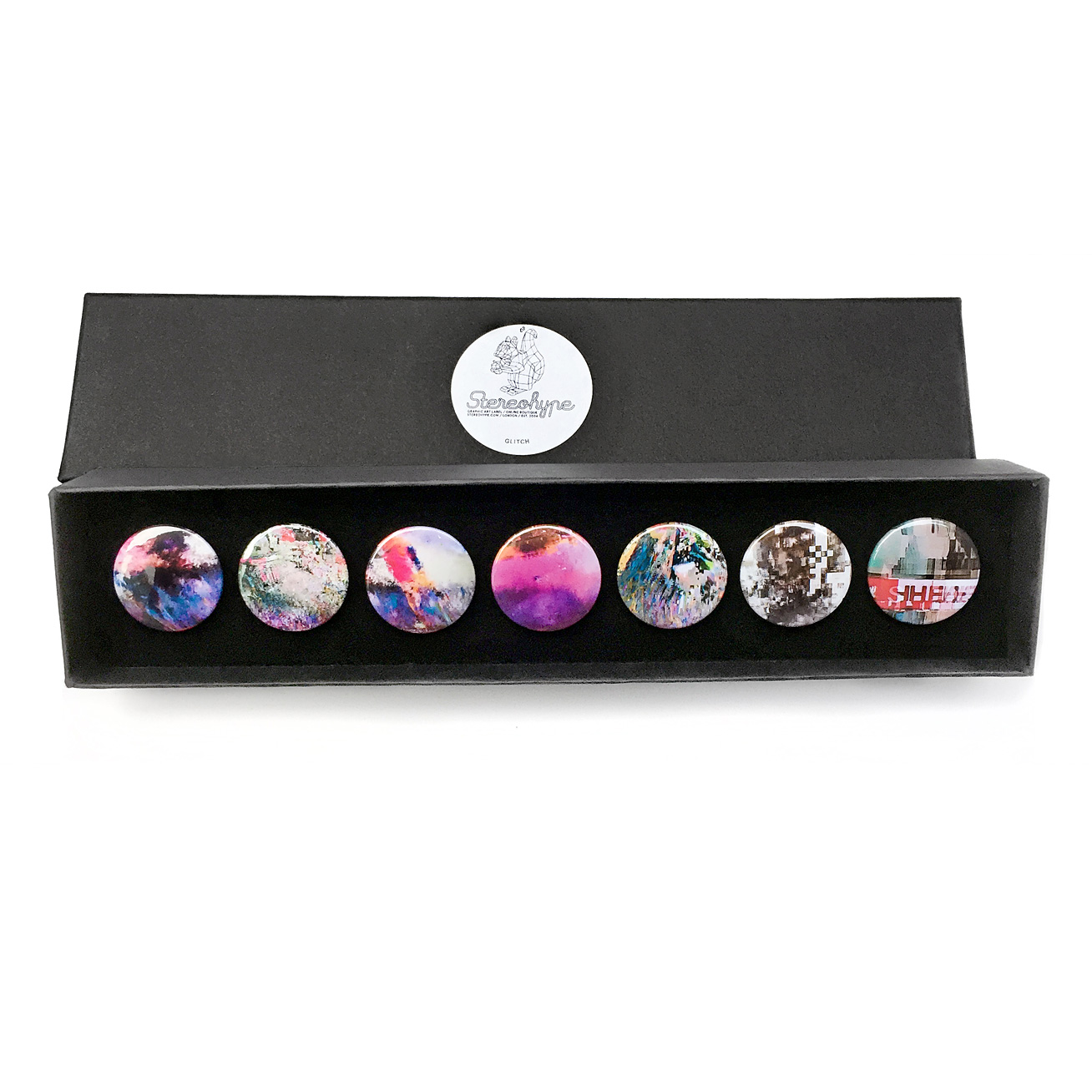 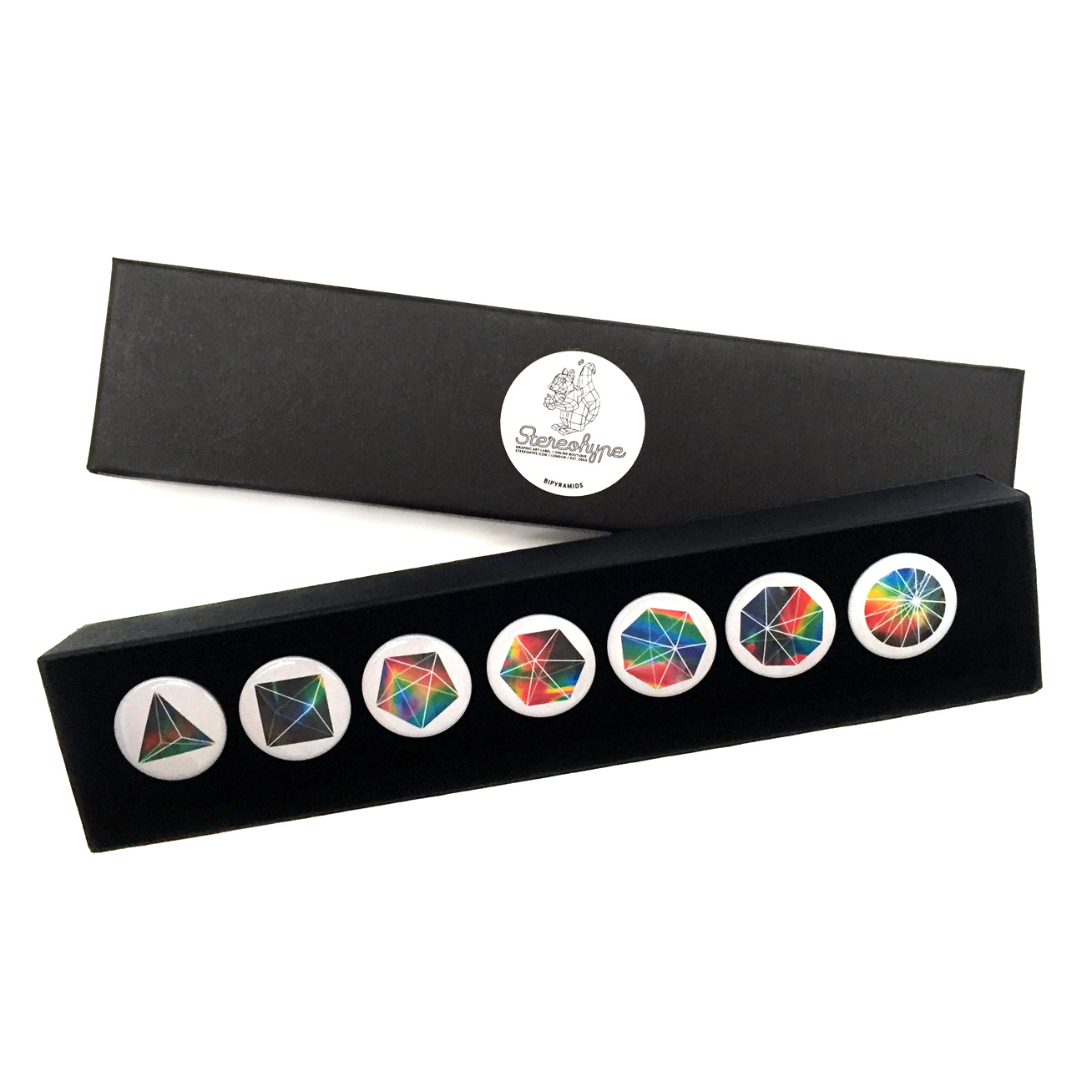 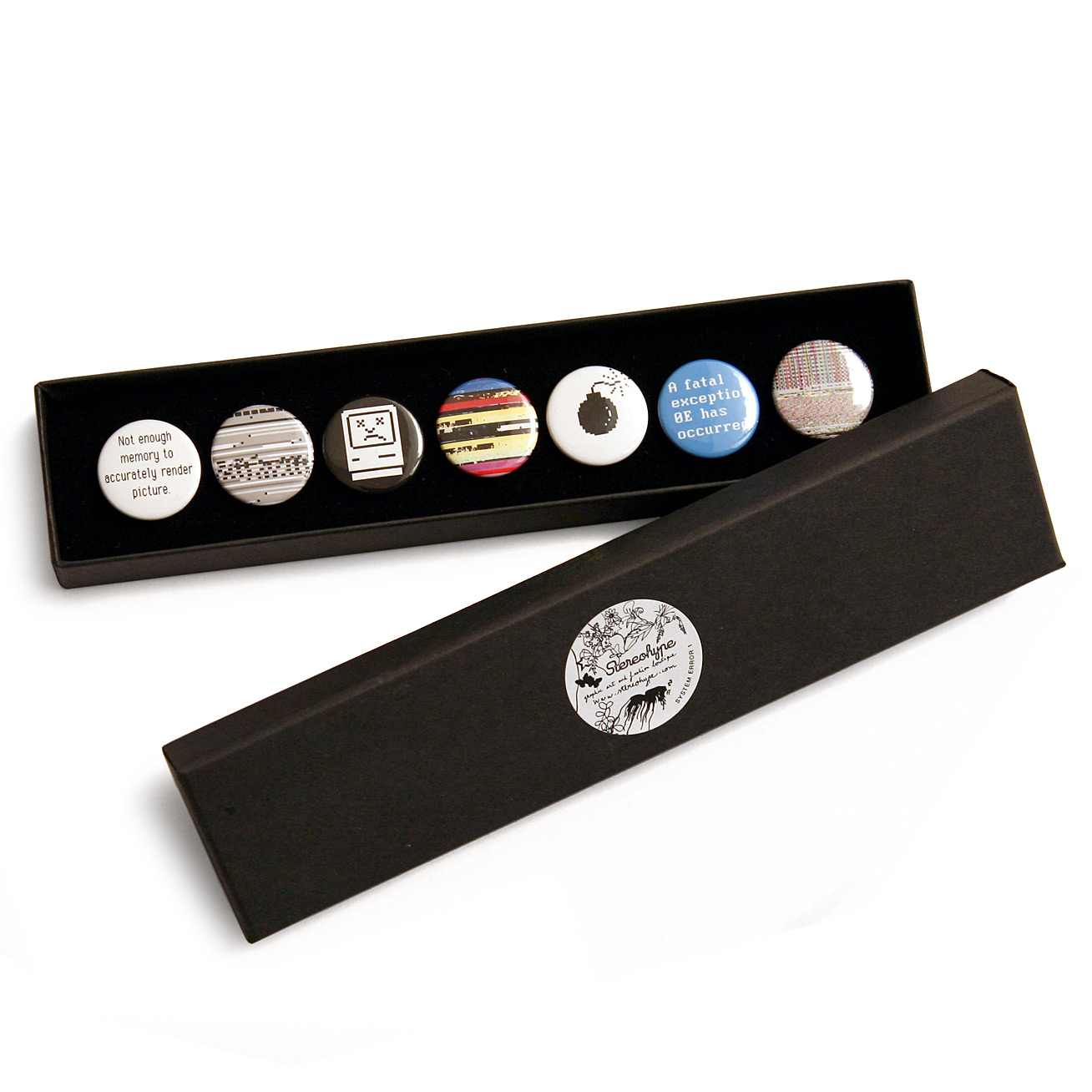 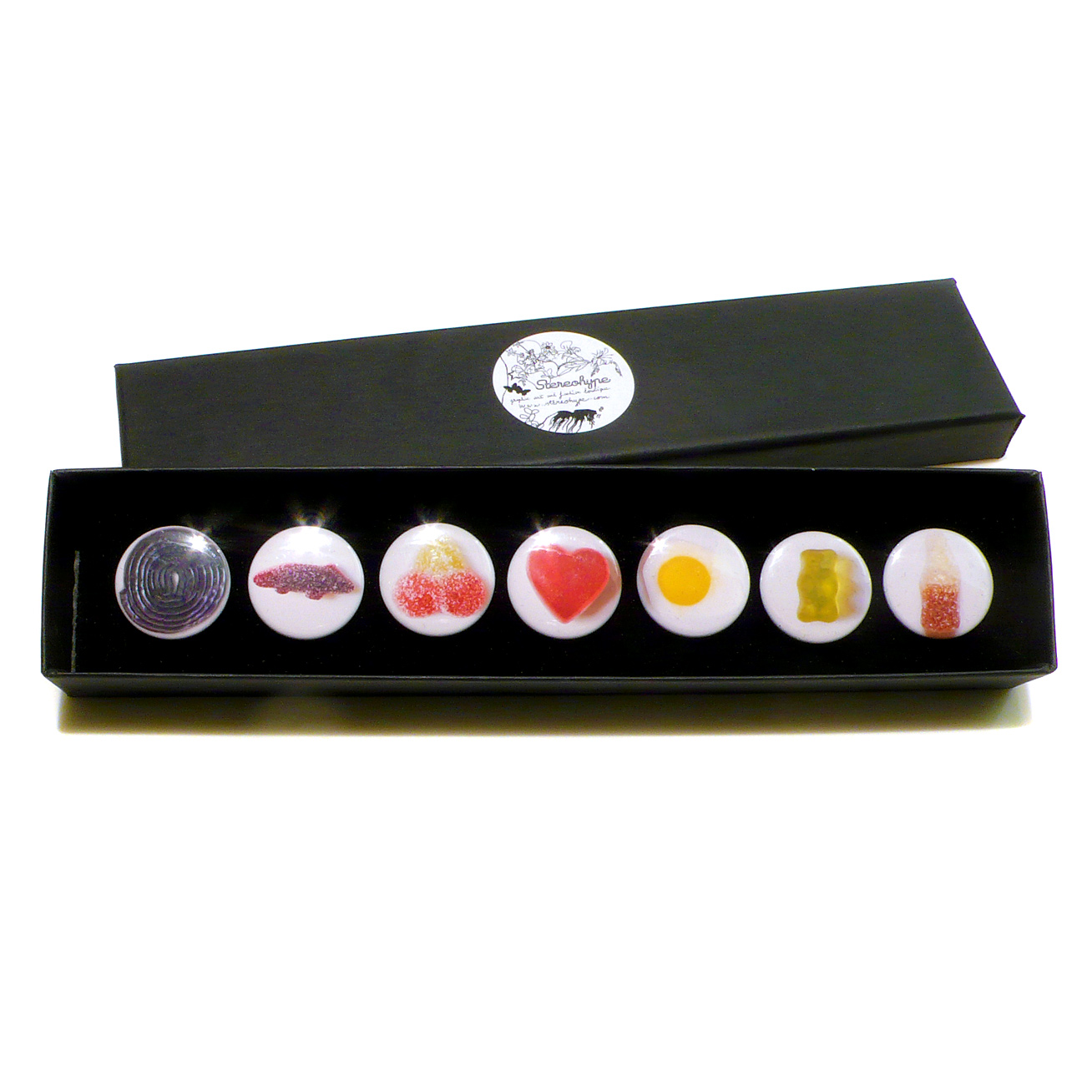 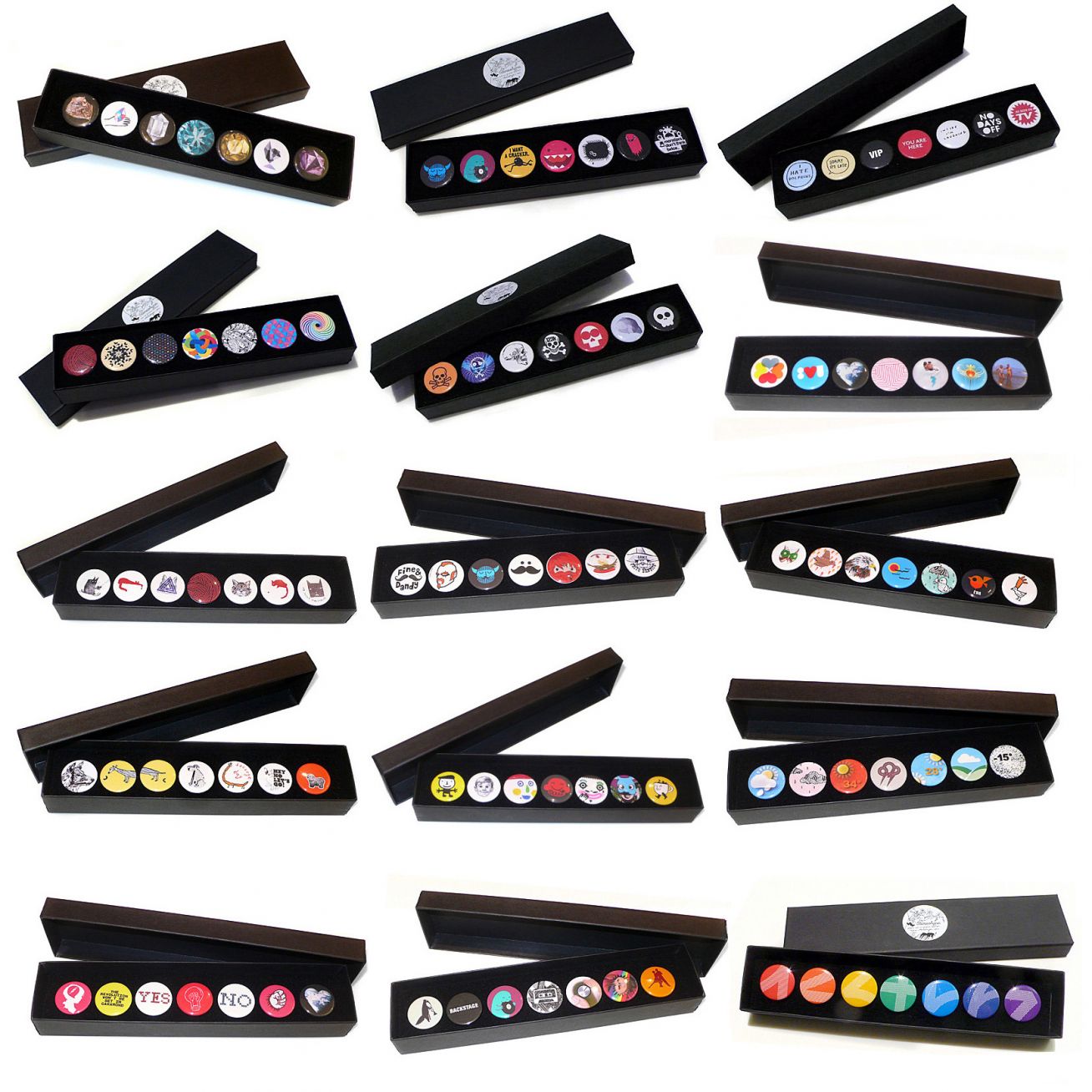 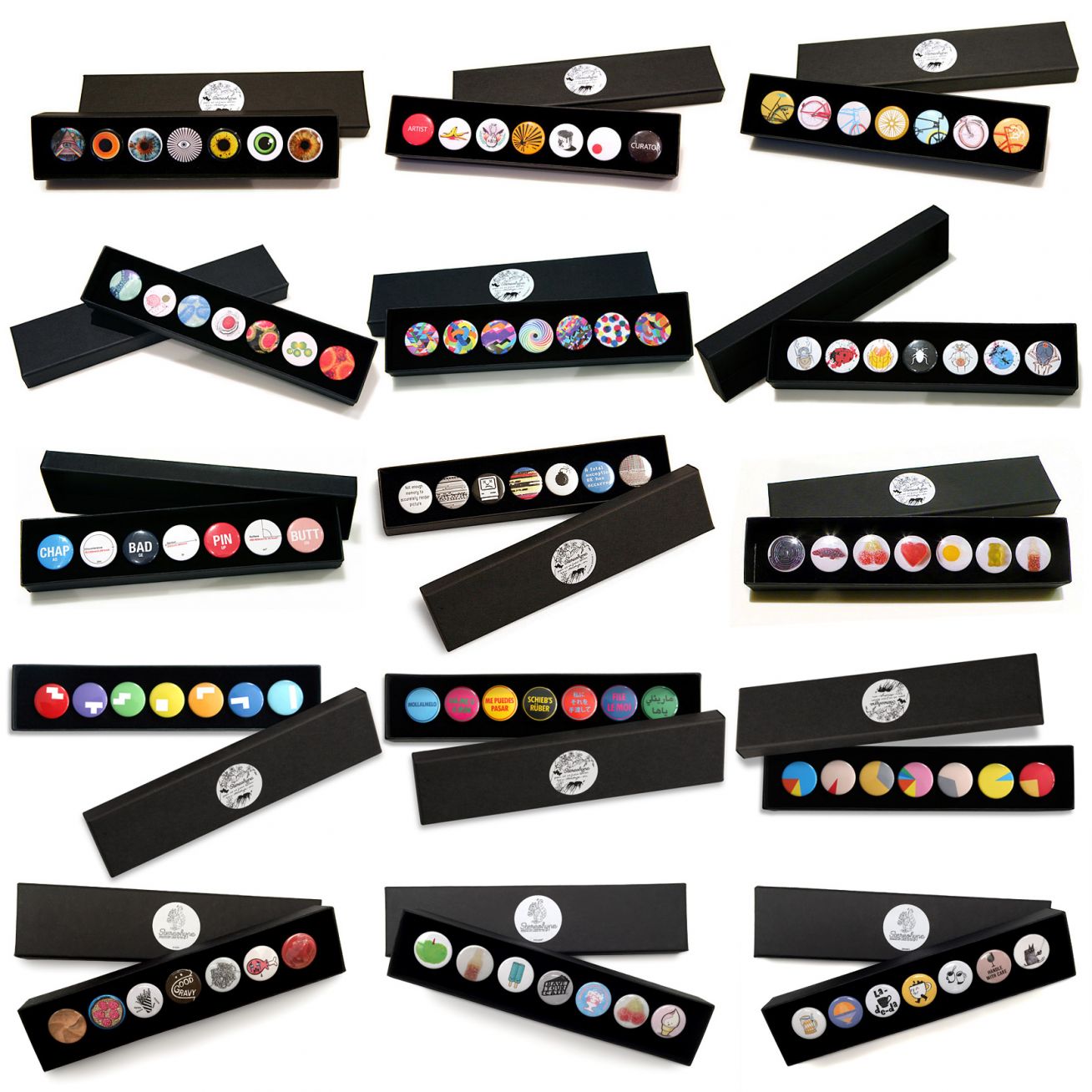 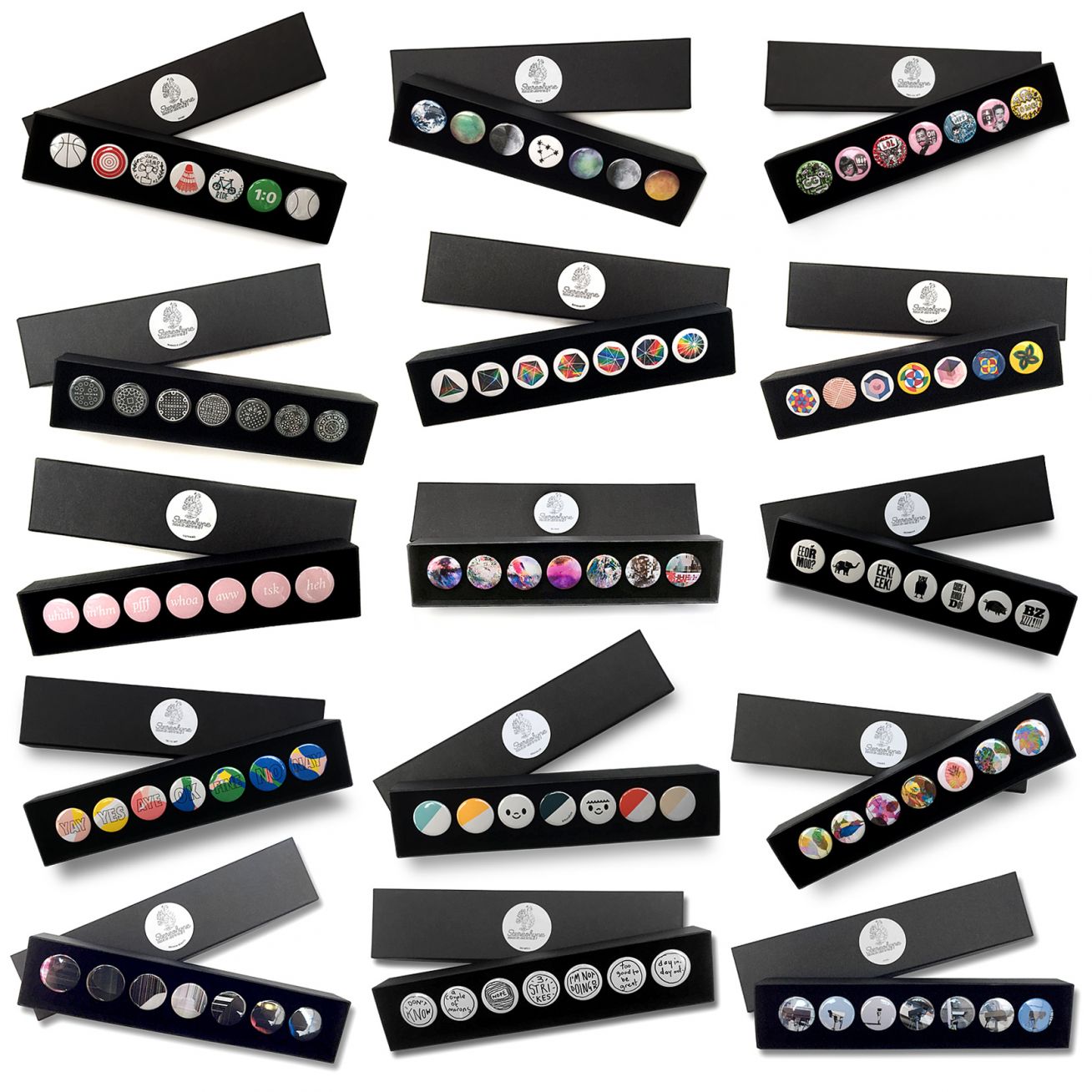 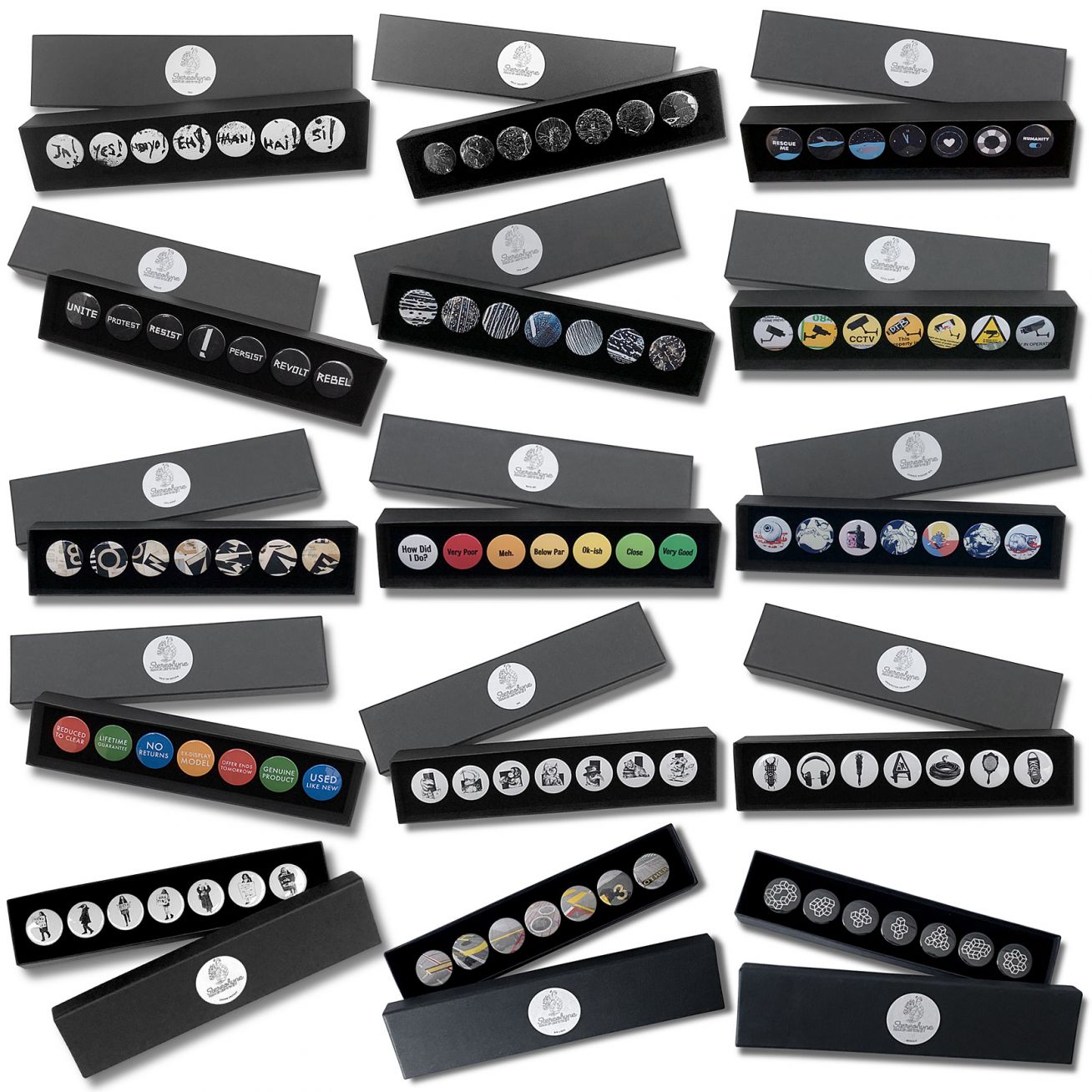 November 23rd, 2016 — Design Week announces the release of latest Stereohype badges including some by FL@33.