FAMILY SHIELD | COAT OF ARMS | DESIGN REFRESH | WALDRUCHE DE MONTREMY
FL@33 was commissioned by members of the French family Waldruche De Montremy to develop a minimal, stripped-down and modern design of the family's coat of arms.
___ The design refresh of the heraldic escutcheon – or shield – on which the coat of arms is featured was created with the family's champagne brand in mind for which FL@33 also created a new \/\/\/\ logo at the same time – together with a brand identity and champagne packaging design.
___ The coat of arms and the family's champagne brand logo will often be shown together from now on and were therefore developed by FL@33 as part of a joint new visual language.

History | Hereditary symbols | The hereditary symbols such as the triangular elements, stars and rings were all maintained so that the originally represented family achievements are not altered. The triangular elements represent the roof of a house such as the Château du Montremy and signifies protection and faithful service. The ring symbolises fidelity and is the sign of the fifth son. The hexagram (Greek) or sexagram (Latin) – the six-pointed geometric star figure – or mullet – is rendered with an outline in the new design – representing the pierced mullet as found in traditional incarnations. Typically having five points, the mullets with six points are presumed in German-Nordic heraldry, while five points are presumed in Gallo-British heraldry.
___ Elements were optimised so that the shield can easily be printed with one colour only – black on golden champagne bottle neck wraps for example – but also so that the escutcheon can be reproduced in very small that way.

History | Tradional shield shape | The bottom shape of of the shield originally features a so-called “French” style used from the 17th century. The slightly curved lines at the bottom meet at the centre, pointing downwards. This shield shape was used in the Armorial général de France in 1696 for example.
___ This “French” shape of the base is found earlier, in French and English heraldry, from ca. 1600 (“Stuart” type).

21st century | Simplification | However – since there is no possible mix-up with similar heraldic shield shapes the design refresh also involved the shape of the shield itself.
___ After countless variations and considerations we all agreed to further simplify the coat of arms and replace the curved lines at the base by introducing straight lines that still meet at the centre of the escutcheon pointing downwards.
___ The result is a minimal, carefully considered and timeless design of the family's shield.

THE YEAR THAT WAS NOT | PRESS
As with so many things around the world, this project too, was delayed by the pandemic. Design and production already started in 2018 but came to a grinding halt before the planned launch in 2020. It all finally came together at the end of 2021 and we now look forward to regular updates.
___ Related press is usually listed below on our website's project pages, but this time something rather unusual happened, so we break our own rule a little at this occasion...
___ The logo and the family shield were selected for inclusion into esteemed logo design books before the champagne was even launched. Namely the must-have publication Logo – The reference guide to symbols and logotypes (revised edition) and Modern Heraldry – Volume 2 with its subsequent review in Creative Review. Before the official launch of the champagne, this meant that we were not really allowed to mention the press or show the content on our website or social media channels. Very strange times indeed. Who would have thought in 2019 that the fairly slow wheels of book publishing would overtake us... 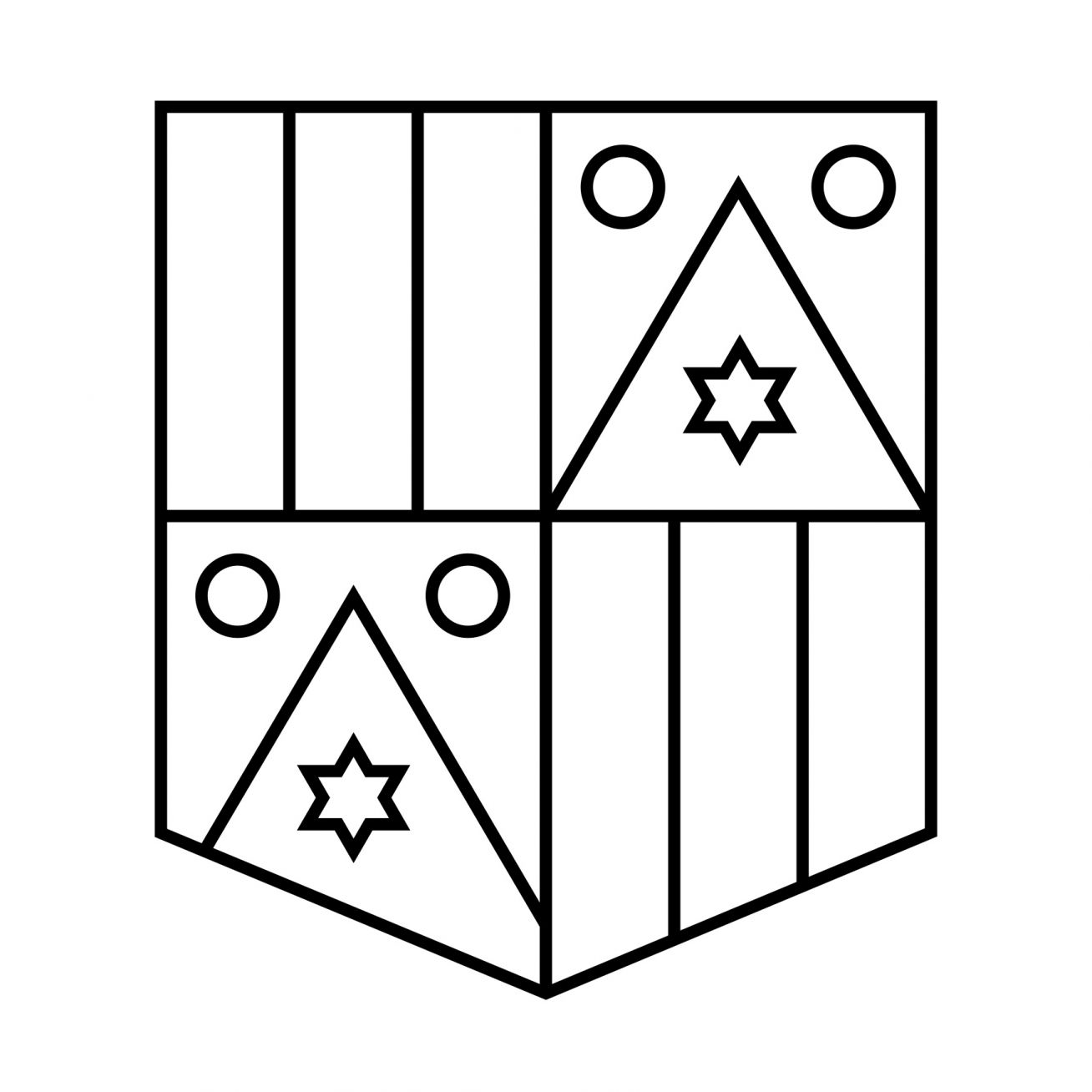 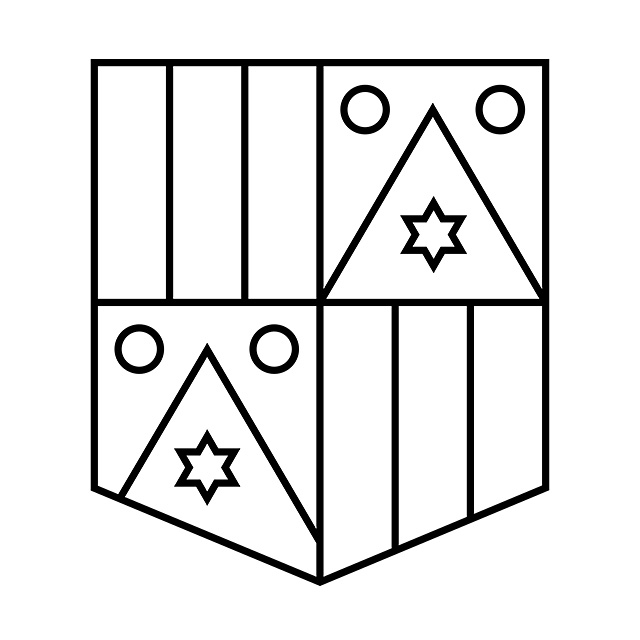 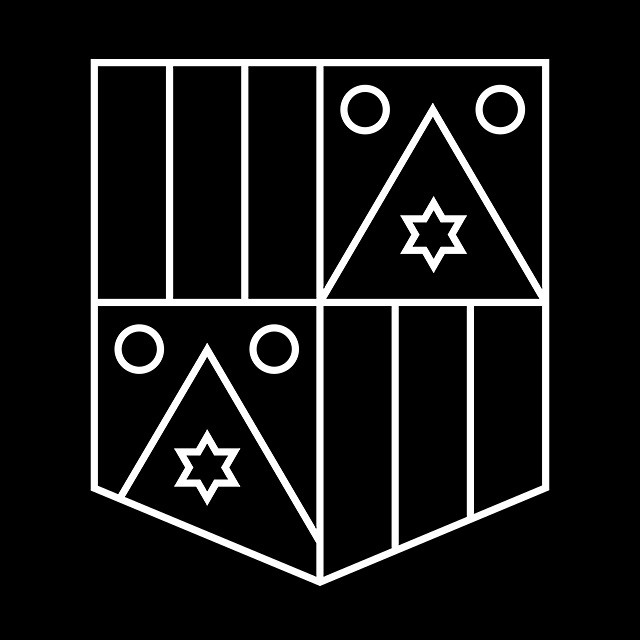 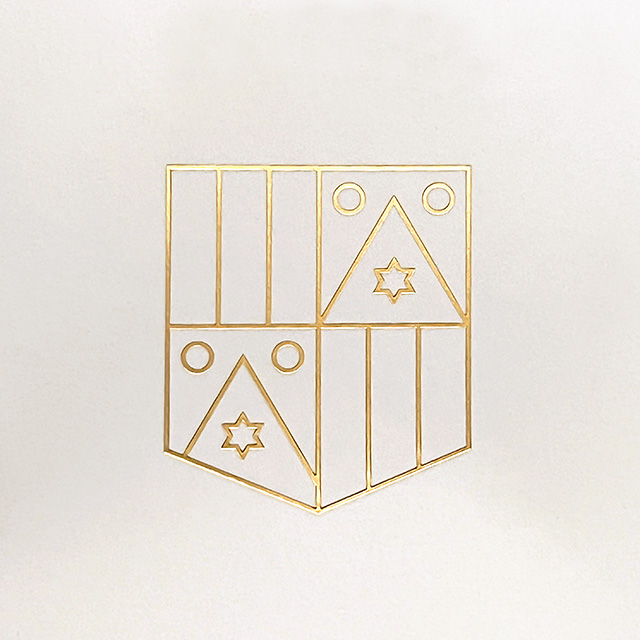 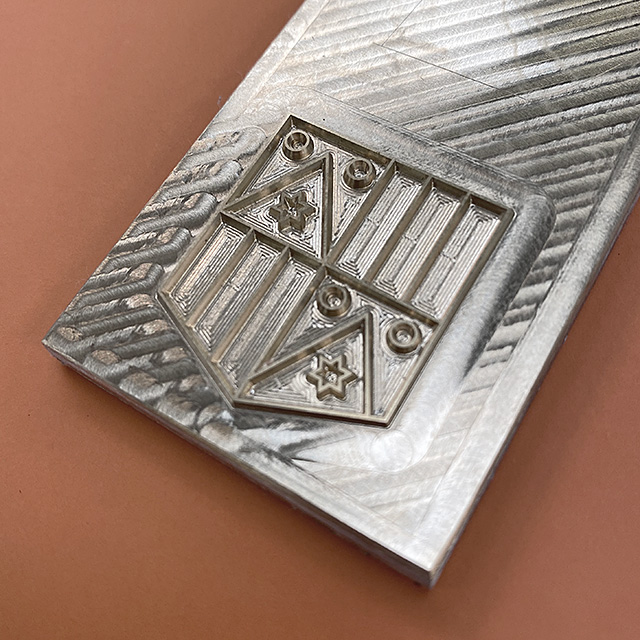 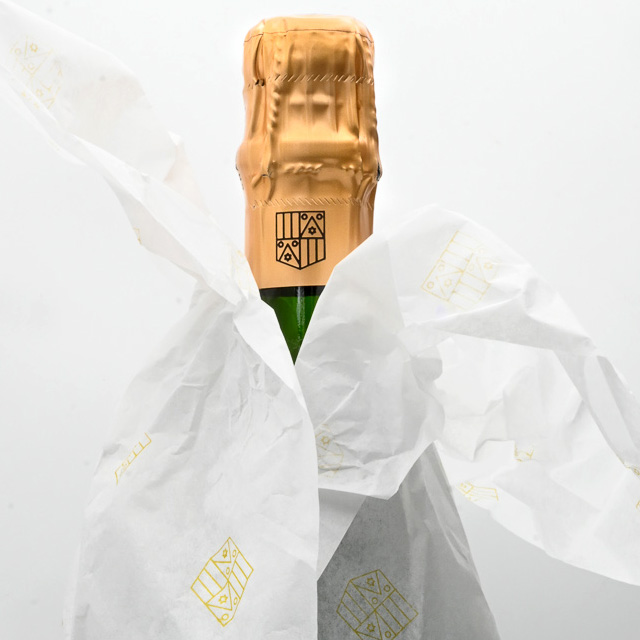 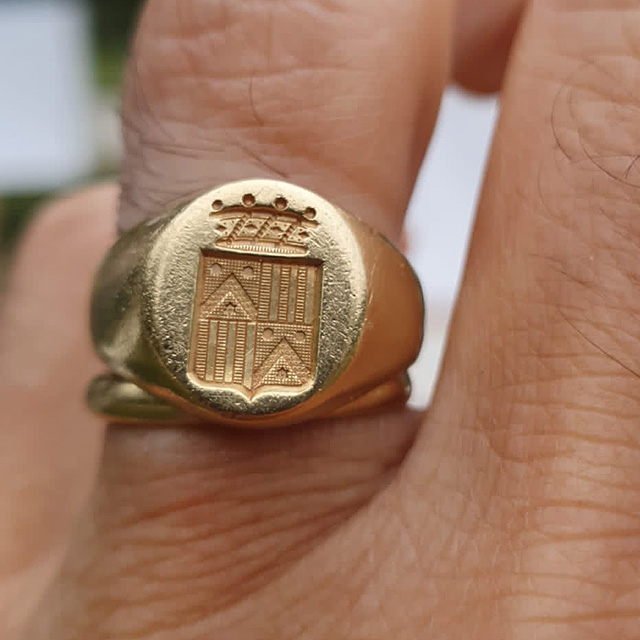 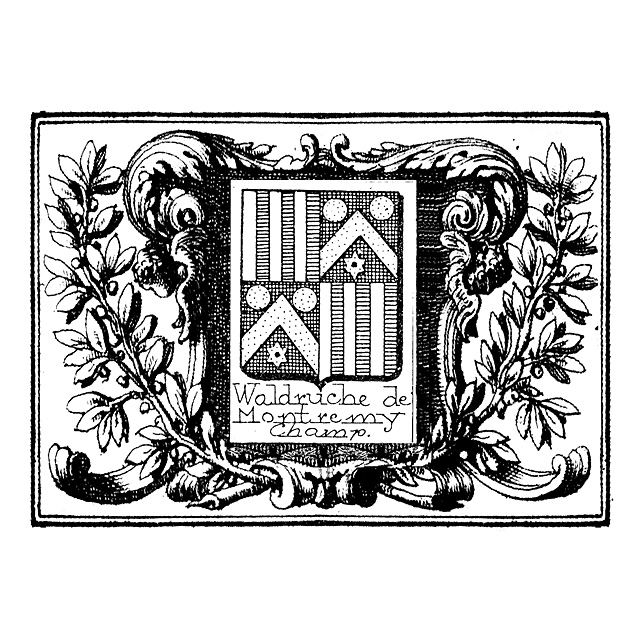 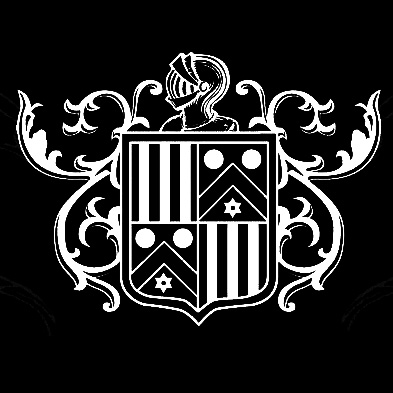 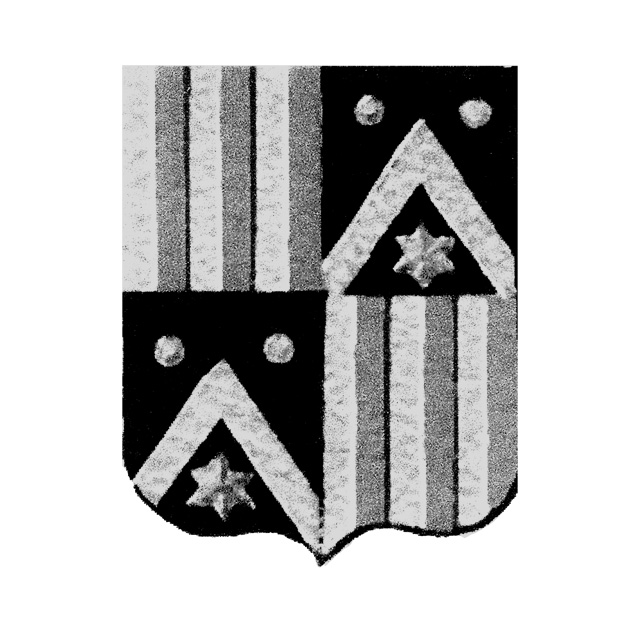 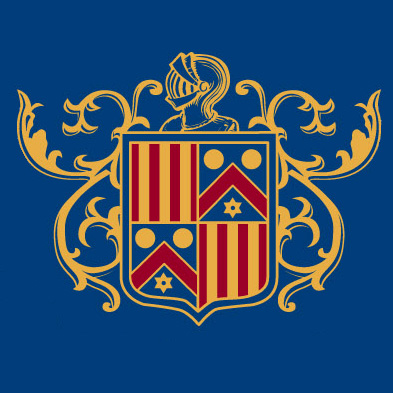 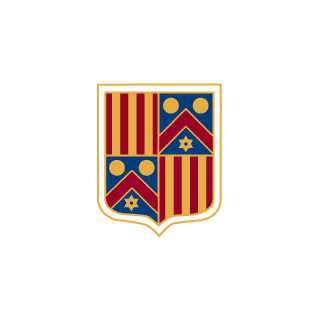 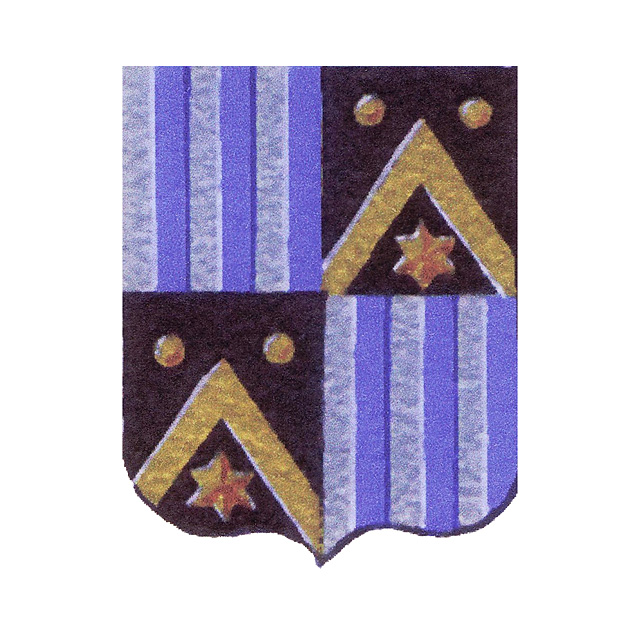 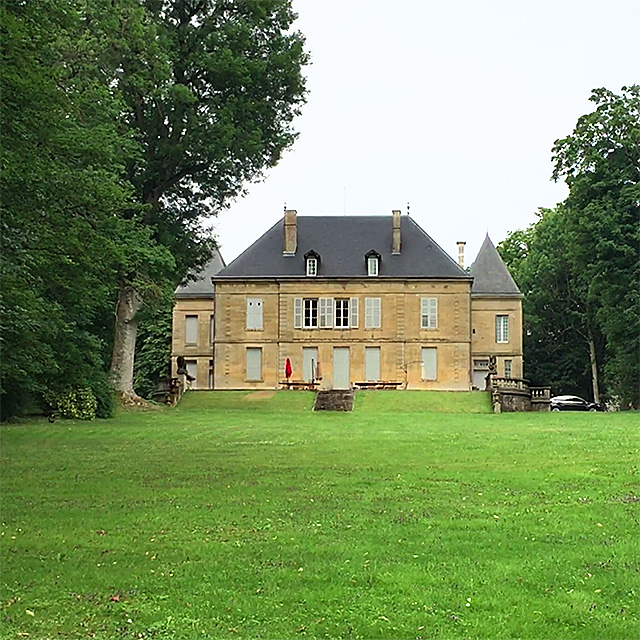 May 1st, 2020 — Creative Review's Aimée McLaughlin features forthcoming book Modern Heraldry: Volume Two that also includes a FL@33 creation that is – due to the pandemic – not even officially launched yet. The "Creative Inspiration" article Exploring the enduring influence of heraldry in design, is based around an interview with Jon Dowling – one of the co-authors and Counter-Print publishers of Modern Heraldry. Update | We retrospectively added a link to the Waldruche de Montremy family shield that FL@33 redesigned and that was officially launched in the meantime.