Stereohype | FL@33 | (2014) POSTCARD SET #4
The fourth FL@33 / Stereohype postcard set includes FL@33 postcard #8 featuring party balloons by FL@33's Agathe Jacquillat – one of the ten specially commissioned limited edition 10×10-themed anniversary posters for Stereohype's 10th birthday celebrations.
___ Another card shows a picture of some of Stereohype's button badges – a collection that reached the magical number of 1,000 designs at the time.
___ The 3D-rendered polygon Party Squirrel created by FL@33 for the graphic art label's 10th birthday also features on the cover of the anniversary book with same name as the exhibition: Stereohype 2004–2014.
___ Last but not least we reprinted bzzzpeek.com homepage motif postcard but with an updated text – making sure our participation in a group exhibition in New York's Museum of Modern Art (MoMA) gets a mention.
___The postcards were printed in September 2014 on uncoated 100% post consumer waste and in a limited edition of 1,000 (bzzzpeek and balloons) and 2,000 respectively (badges and squirrel).
___ Assorted postcards such as the ones shown here are added for free to Stereohype orders and are being given away at trade shows, conferences and exhibitions, etc. 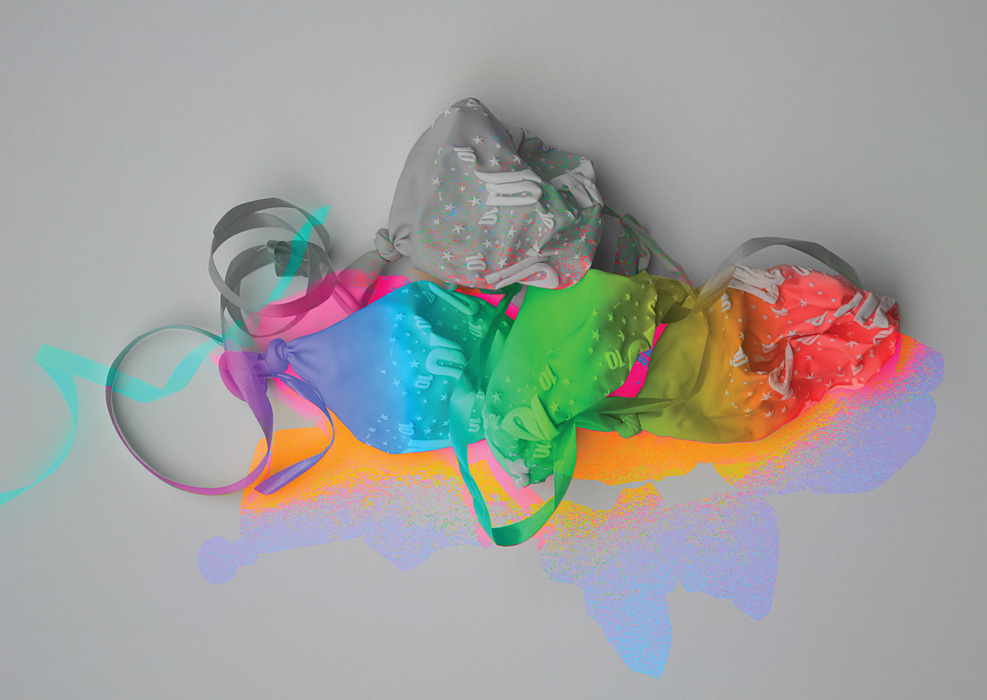 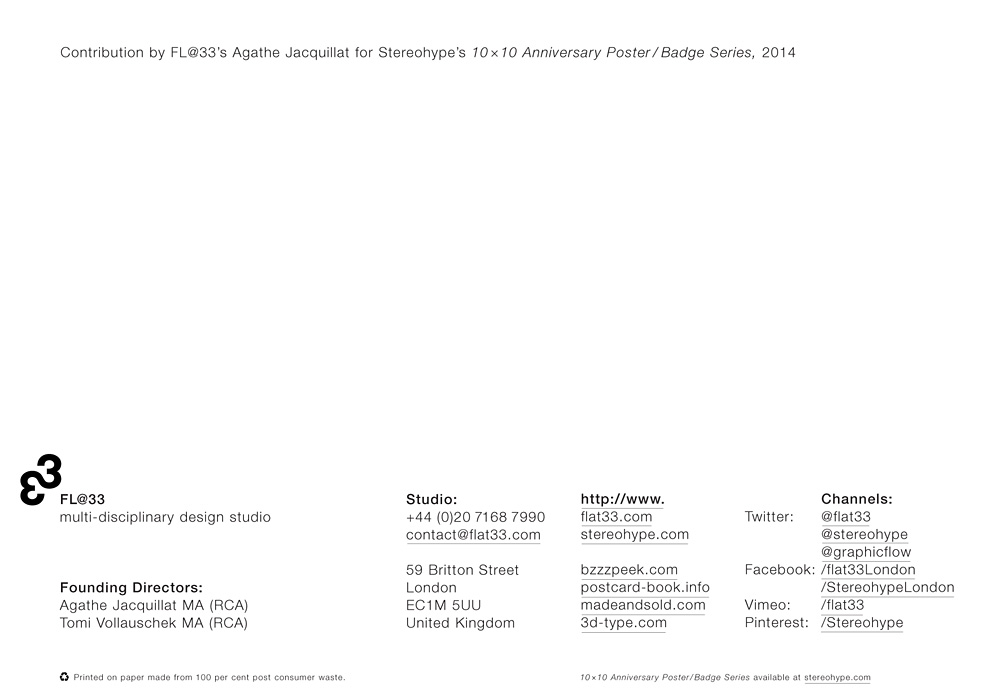 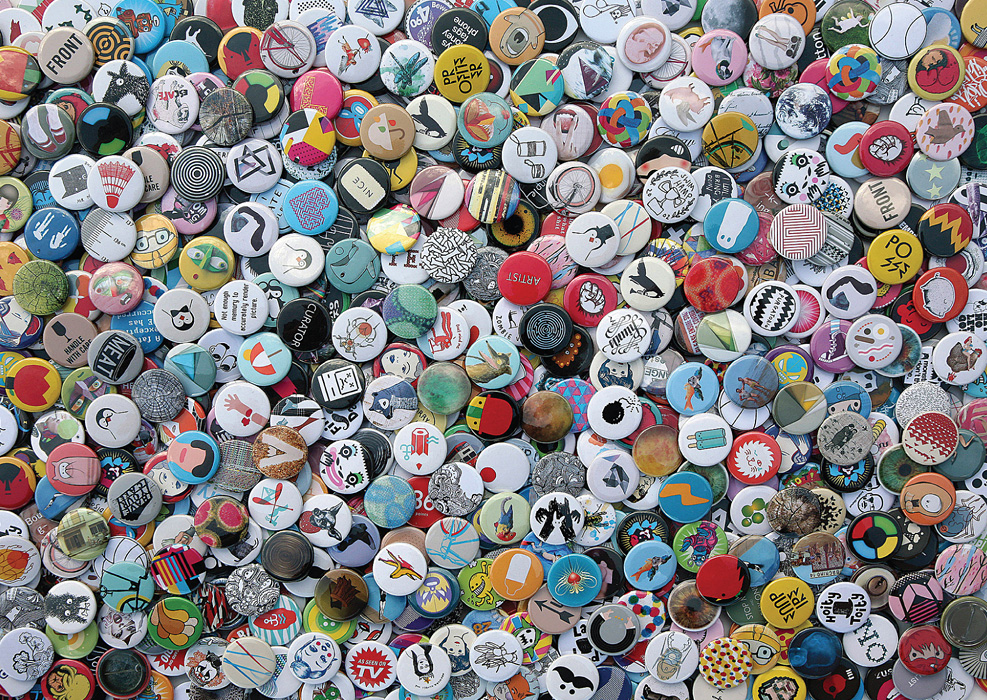 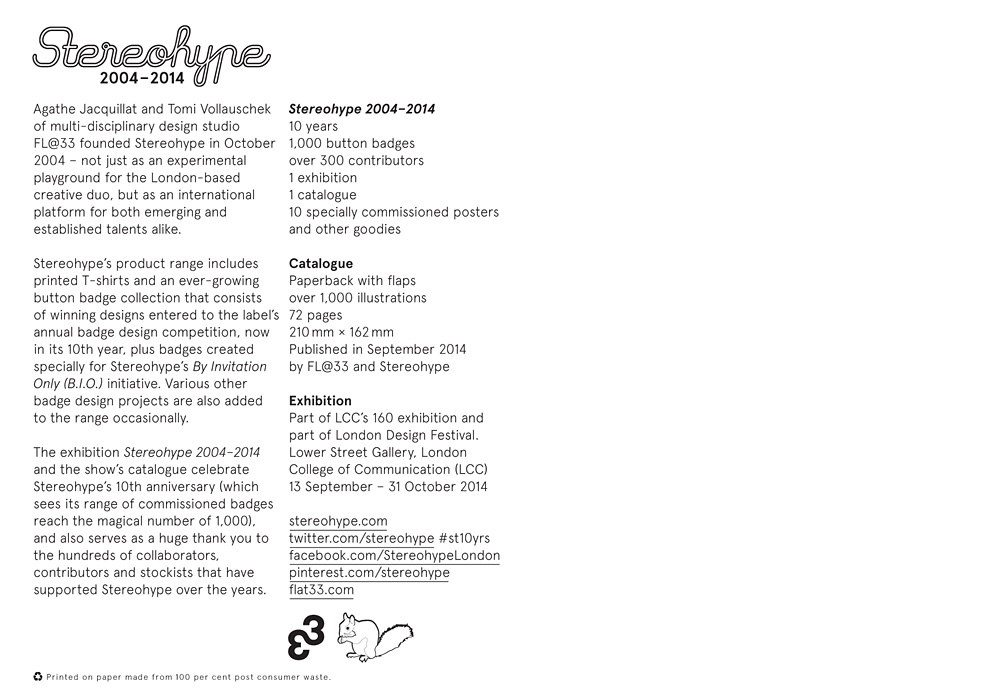 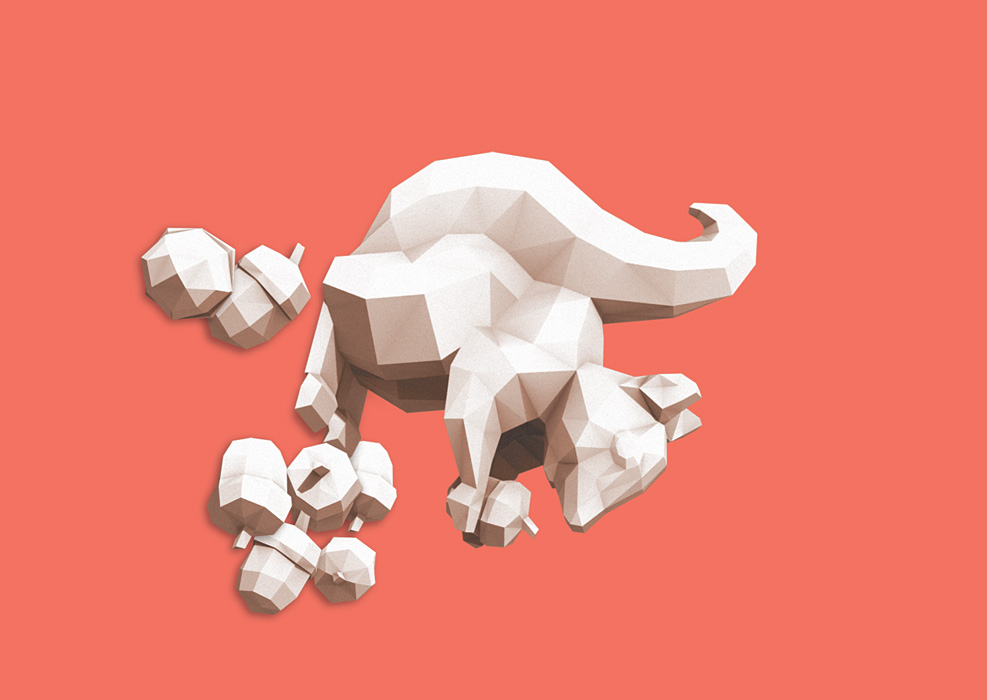 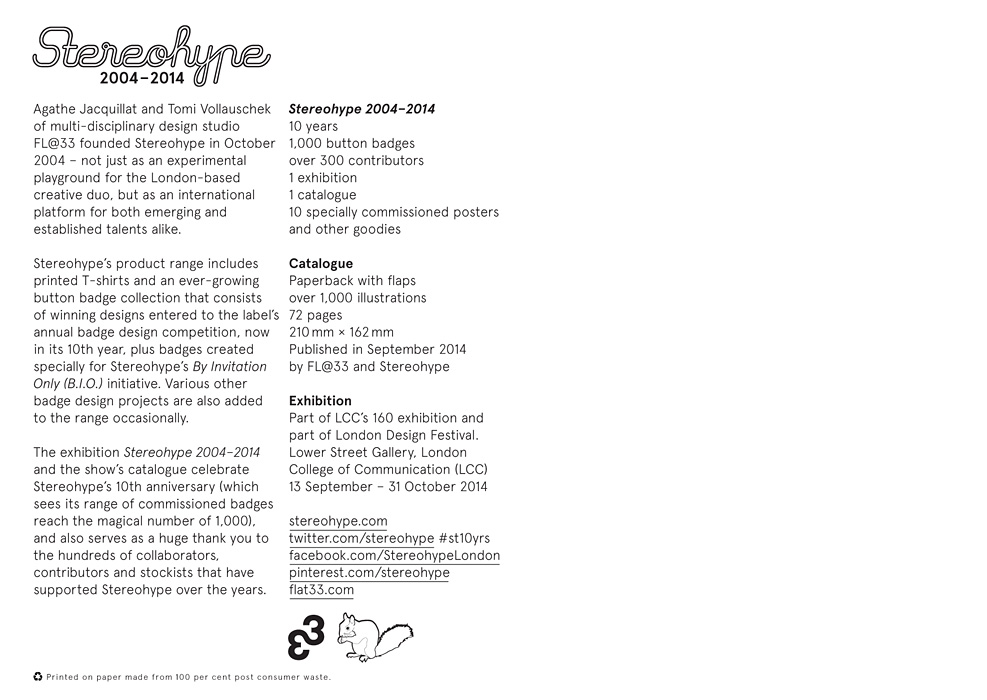 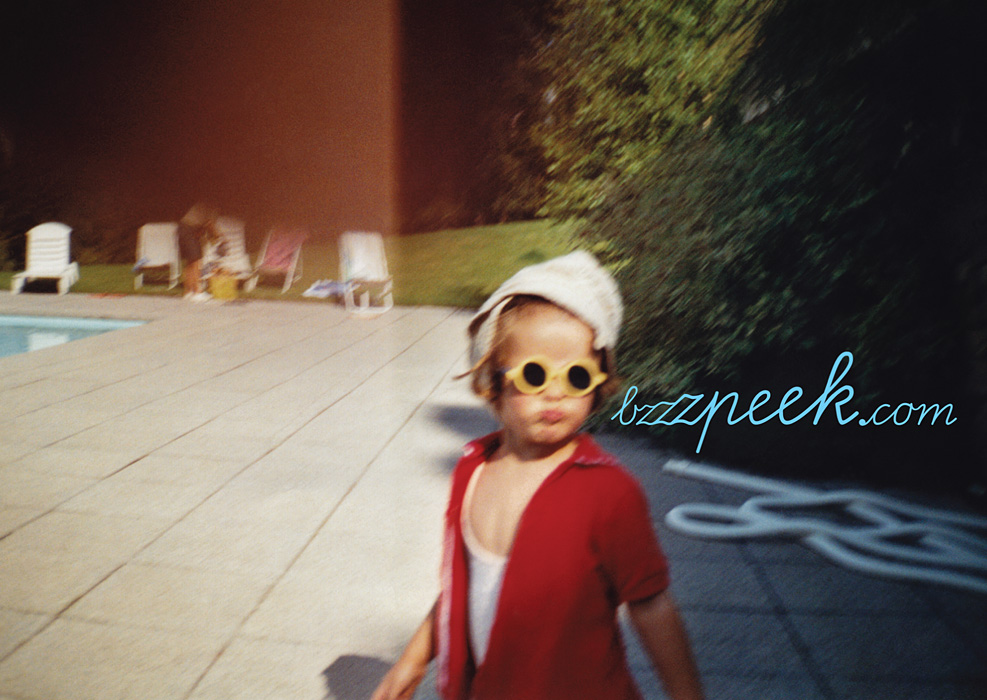 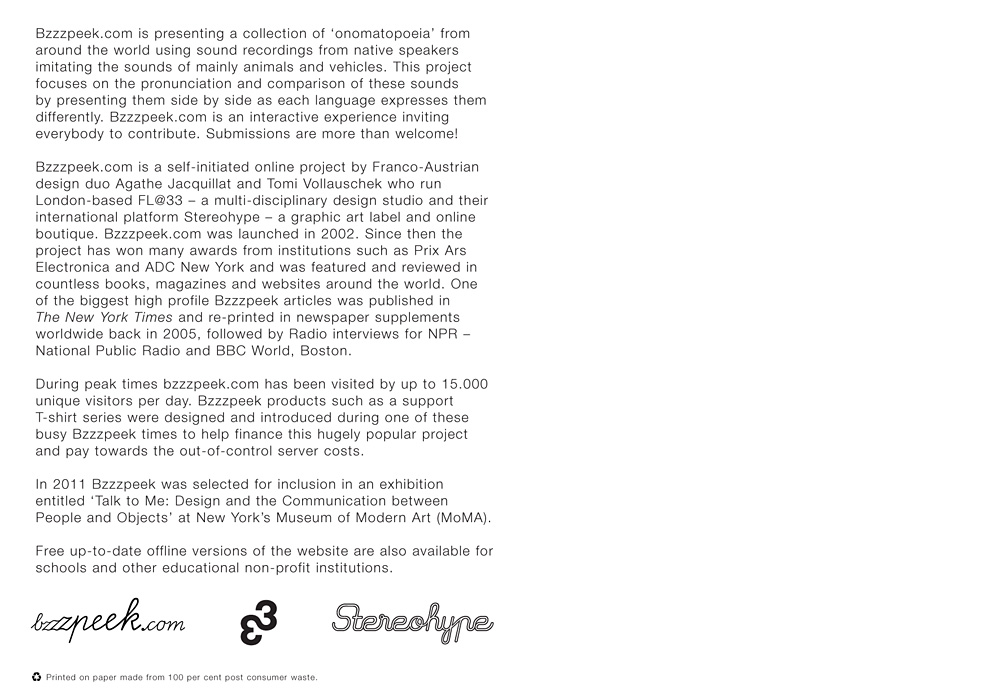 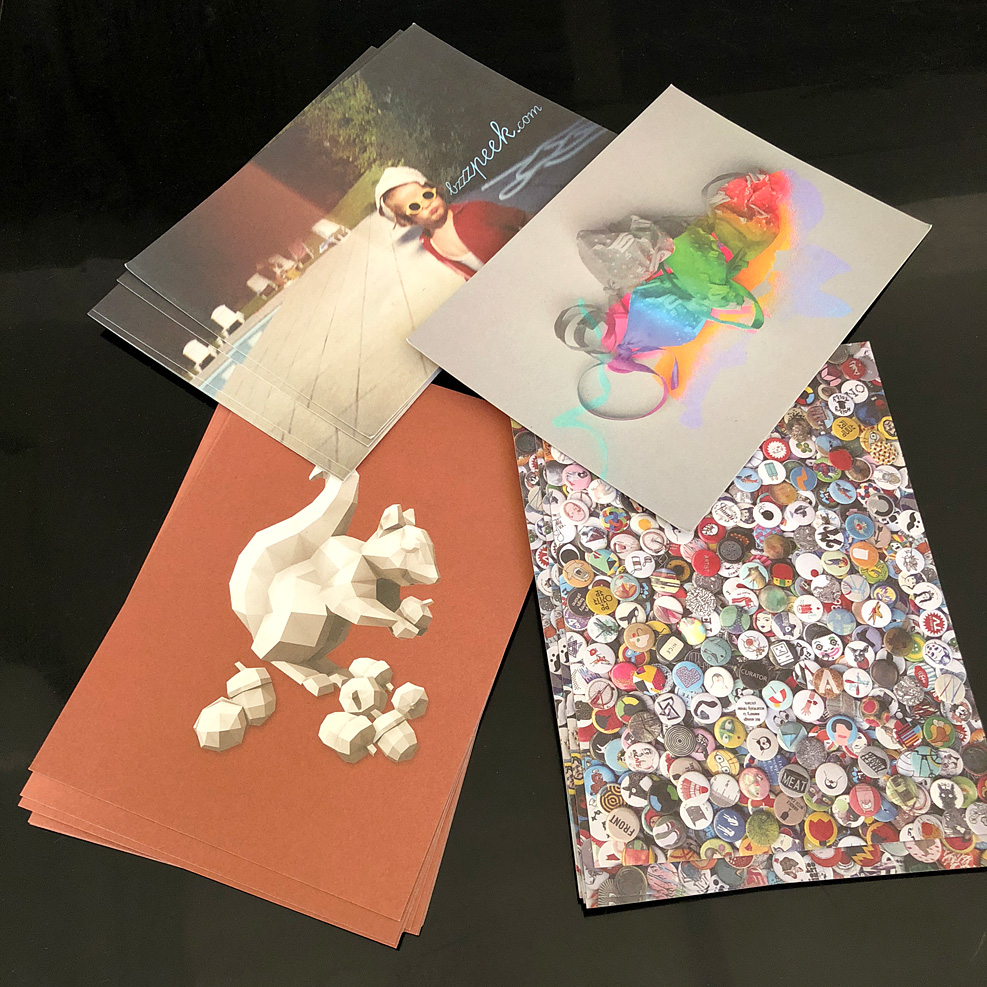