SINGING PASTA | EAT AND BE EATEN | ANIMATION
This 30 second-long stop-motion animation from 2000 was created by FL@33's Tomi Vollauschek. Together with Tomi's AAT application it won the first prize at the International Noos Multimedia Competition 2001 organised by French interactive television company and internet provider Noos (now Numericable). Singing Pasta and AAT were exhibited at FIAC 2001 – the annual international art fair in Paris.
___ Singing Pasta or Eat And Be Eaten was submitted to this competition with an alternative soundtrack.
___ We also posted a very early experimental extended version here with alphabet soup end credits that were later edited out.

INSPIRATION
Thank you to Peter Huck who brought the pasta Lumaconi to my attention during the group-exhibition 2000 Perspektiven (Frankfurt, Germany, 1998), where he used this kind of pasta as part of his exhibit Andersicht – a huge and rather beautiful series of pictures featuring 3D objects that were scanned with a common flatbed scanner.
___ 14 years on he elegantly programmed this very website (flat33.com v3). 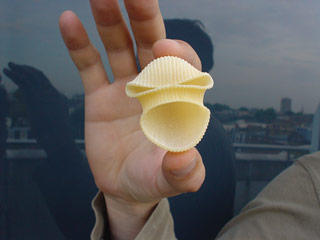 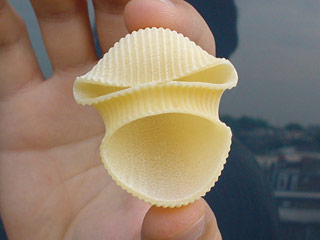 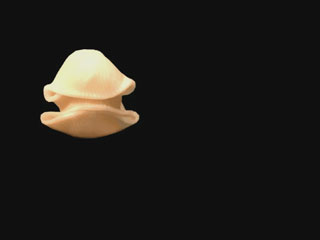 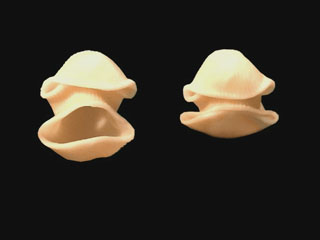 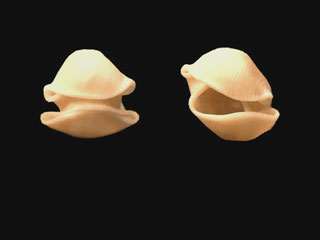 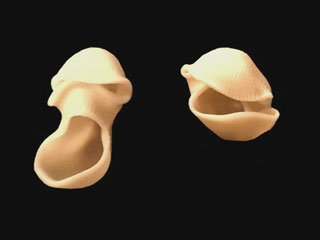 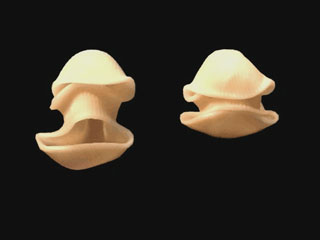 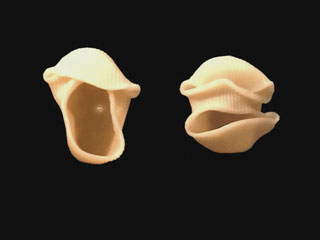 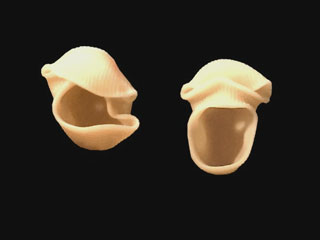 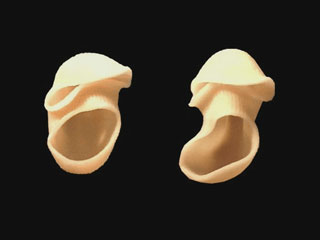 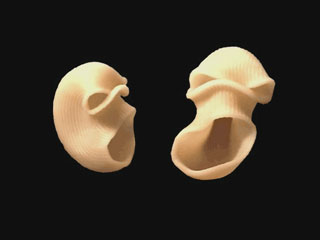 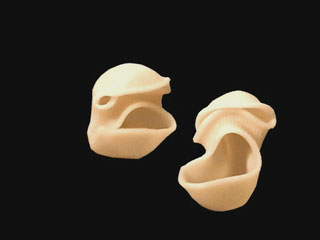 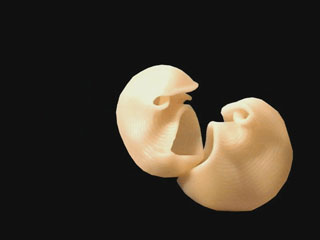 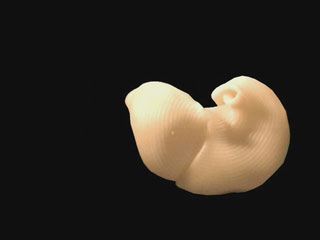 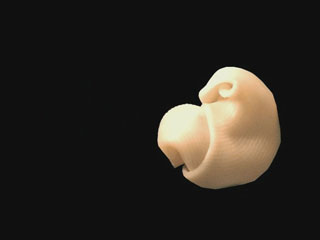 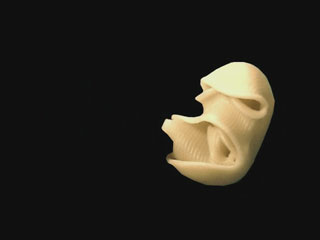 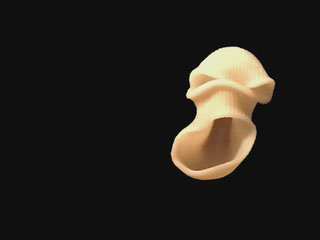 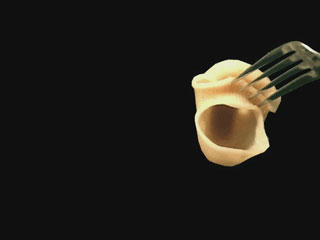 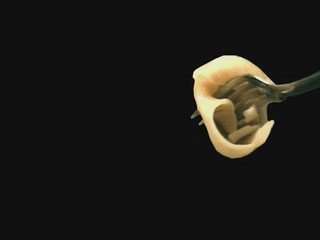 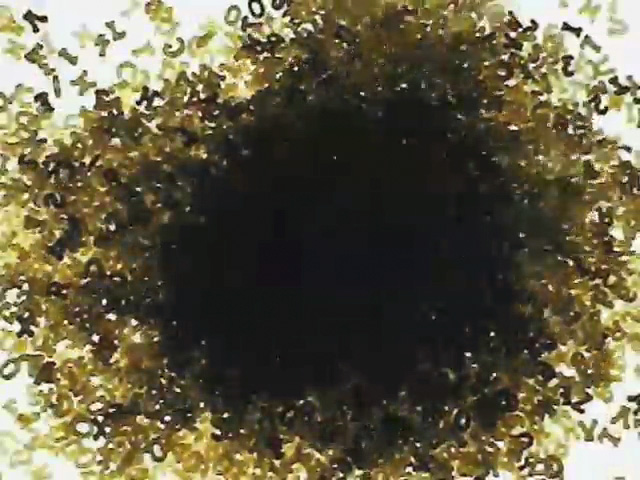 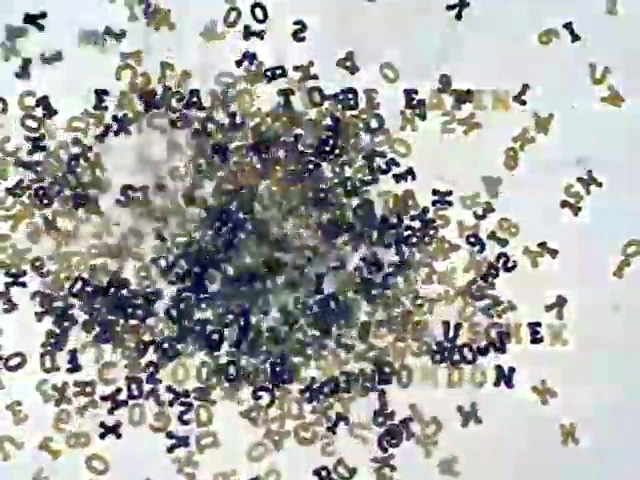